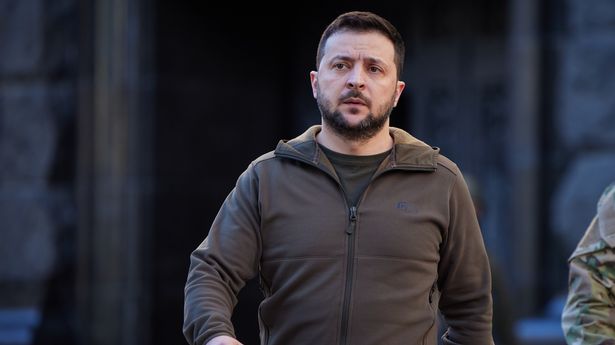 Was it an errant strike or planned provocation — the latter with intent to draw US-dominated NATO more directly into conflict with Russia than already?

Reality is highly likely the latter over the former.

Yet he continues to blame Russia for what its forces had nothing to do with, roaring:

"I have no doubt that it was not our rocket (sic)."

"(I)t was a Russian missile (sic) based on the credibility of reports of the military (sic)" — despite no evidence suggesting it.

At this same time, he falsely said "Russia bears responsibility for what happened in Poland.

"We have no evidence that (the missile landing on its territory) was launched by Russia."

And a Biden regime statement said the following:

"We have seen nothing that contradicts President Duda's preliminary assessment that this explosion was most likely the result of a Ukrainian air defense missile that unfortunately (sic) landed in Poland."

"This is getting ridiculous."

"The Ukrainians are destroying (confidence in them(selves)."

Zelensky's Big Lies are "more destructive than the missile."

Kremlin spokesman, Dmitry Peskov, called his latest Big Lie "another hysterical, rabidly Russophobic reaction that was not based on any real information."

And this from Deputy Director of Russia's Foreign Ministry Information and Press Department, Ivan Nechayev:

The Kiev regime "is looking for any opportunity to make an unfounded statement against Russia and express its anti-Russian vitriol."

Its dominant Nazis should "realize that their Western bosses are getting tired of this."

Russia "supports a comprehensive (independent) investigation into the incident and publication of the outcome."

Time and again, Russia is accused of crimes committed by US/Western regimes and Ukrainian Nazis.

His latest disinformation is an "attempt to drag NATO, which is waging 'a war by proxy' on Russia in Ukraine, into (more) direct confrontation with our country" than already.

While uncertain at this time, the incident most likely was a Kiev false flag with this intent in mind.

Despite no evidence of Russia's responsibility for what happened, US/Western regimes repeatedly blame the country for Ukrainian war crimes.

Russia is falsely accused of Kiev aggression against Donbass residential communities since 2014, for shelling the Zaporozhye NPP, the Kakhovskaya hydropower plant and dam by Ukrainian Nazis, for the regime's refusal to comply with Minsk I and II conflict resolution agreements.

Have any US/Western regimes "ever commented on atrocities and repression (by) Kiev regime (Nazis) against civilians in territories under its control?"

The Kiev regime wants NATO more directly involved in war on Russia than already because otherwise its military will collapse from attrition and exhaustion.

Since hegemon USA's 2014 coup in Kiev, the empire of lies and forever wars provided the Ukrainian regime with more military and related aid than Russia's entire annual defense budget.

Yet despite it all since early 2014, Russia remains strong, resilient and self-sufficient.

The longer conflict continues, the more desperate things will become for millions of Ukrainians without heat, electricity, water and other essentials as winter cold approaches.

One terrain freezes over and Russian forces begin advancing with mobilized reservists involved, its liberating SMO may declare mission accomplished before winter's end.

At the same time — at hegemon USA's discretion — guerrilla war may continue perpetually to the last Ukrainian.

On Friday, Russia's Deputy Foreign Minister, Sergey Ryabkov, said views of Russia and hegemon USA are polar opposite each other, stressing:

On what relates to Nazi-infested Ukraine, "we have nothing to discuss with" the US.

"Whenever we touch on the topic of Ukraine, (communication) boils down to sending mutual signals, but there can be no dialogue or talks since our views are" worlds apart.

And not just about Ukraine.

On most all issues across the board.

And at this time, the same reality applies to Western vassal states.

Interview 1767 - Ringing the Alarm on The Hrvoje Mori? Show

Is Washington Falling Out Of Love With Zelensky? - with Guest Phil Giraldi

Beginning of the End in Nazi-Infested Ukraine?