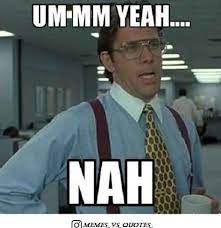 The US war department controls their production and distribution.

Documents she obtained by a Freedom of Information Act (FOIA) lawsuit revealed that Pfizer, Moderna and other kill shot companies are front organizations for the war department's mass-extermination agenda.

They're only "involved somewhat in some pieces of the process," Latypova explained.

"Possession (of kill shots) by anybody other than" hegemon USA is illegal so production of toxins in them "cannot be traced" to a source.

Anyone in the US in possession of a vial for study can be prosecuted for theft of government property.

Foreign regimes are contractually obligated not to test kill shots.

Operating as CEO of the mother of all state-sponsored scams, the US war department is "not a licensed pharmacy distributor."

So it's not legally obligated to comply to standards by which the industry operates.

It does what it pleases unaccountably, including pursuit of its diabolical aims.

And by pharmaceutical standards, kill shots aren't vaccines or medicines.

Their distribution to the unwary doesn't go "through licensed pharmacy distributors, (ones) "bound by regulations (called) 'good distribution practices.' "

Physicians and scientists aware of what's going on understand that the diabolical scheme has nothing to do with protecting and preserving health — everything to do with destroying what's too precious to lose.

So is the war department's  Emergent Biosolutions — a virtual weapon of mass destruction entity.

What's "designed to ensure safety and consistency of pharmaceutical products, which must be produced in large quantities to very exacting standards of purity, stability, consistency" is a consistently breached standard.

With lax or non-enforcement, there have been numerous "cases of adulterated, tainted, or poisoned drug products which resulted in loss of life and severe injuries," Latypova explained.

According to unenforced industry standards, failure to comply "shall render such drug to be adulterated."

Its sale then becomes a criminal offense.

While the Pharma-controlled FDA  is responsible for design, development, clinical trials and approval of this product, the US war department controls things, said Latypova.

So countless batches of health-destroying "non-GMP-compliant" doses are jabbed into the bodies of unwary millions.

The entire chain of production and distribution is non-compliant.

Inspections when conducted are meaningless "theater."

Whatever of concern is discovered goes unaddressed.

An exception to the war department's standard occurred in Japan.

Its regulators discovered "metal, steel, a stainless steel and flakes" in batches of Moderna kill shots.

And metallic structures were found in Pfizer's flu/covid jabs.

Filming what he found, he described "strange mechanical structures."

"They seem motionless at first but when Nixon used time-lapse photography to condense 48 hours of footage into two minutes, it showed what appear to be mechanical arms assembling and disassembling glowing rectangular structures that look like circuitry and microchips."

"I cannot say what these things are, just that we know size alone is problematic since these are observable under standard optical microscope, so these are very large structures."

"They form pretty quickly and they also seem to respond to electromagnetic fields, such as a WIFI router in the office," she explained.

"This is not something declared on the product label and so this needs to be explained by the manufacturers who we know is not eager to explain anything about (what they're) eager to inject into everyone without informed consent."

Whatever the precise makeup of kill shots, everyone jabbed was irreparably harmed — the more jabs gotten the greater the harm.

Since mass-jabbing began, the US and complicit regimes have been involved in committing slow-motion genocide throughout the West and elsewhere.

The known human toll numbers in the millions of casualties, including deaths.

And what's known is a tiny fraction of the true toll.

The only solution is shunning what's designed to destroy health and shorten lifespans.

Previous articles explained that kill shots are responsible for causing virtually every known disease — including an explosion of heart disease and cancer.

If already jabbed, take no more.

"If someone wished to harm or kill a significant proportion of the world's population over the next few years, the systems being put in place right now will enable it."

"It's my considered view that it is entirely possible that (gene-based mass-jabbing) will be used for massive-scale depopulation."

Everyone getting them is poisoned.

That's the state-sponsored aim of the mother of all scams.

Regimes supporting it are mortal enemies of their people, slow-motion genocide of unwanted millions their diabolical aim.