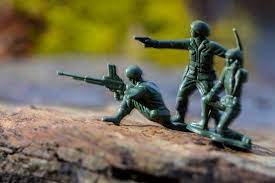 "This norm is codified in every major human rights treaty and has attained (higher or compelling) jus cogens status as a non-derogable norm in international law."

It's automatically US constitutional law under its Supremacy Clause -- article VI, Clause 2.

Yet US regimes operate exclusively by their "rules-based order" -- in flagrant breach of international and constitutional law.

Since usurping power by the most brazen election fraud in US history, the illegitimately installed Biden regime exceeded the worst of its predecessors domestically and on the world stage.

Nazi-infested Ukraine is a virtual US colony, Zelensky a puppet installed by his higher power in Washington, going where he's directed by his main paymaster.

Wherever their regimes go -- no matter how grievously in breach of international law -- MSM go along.

"New video evidence of mass carnage of unarmed Russian prisoners-of-war by Ukrainian servicemen confirms the brutal nature of the current Kiev regime led by (US-installed puppet) Zelensky and (Nazis around) him," adding:

"The intentional and methodical murder of more than ten immobilized Russian servicemen with direct shots to the head by the Ukrainian (Nazi) degenerates cannot be portrayed as a 'tragic exception' by anyone amid the Kiev regime's allegedly universal observance of POW rights."

"The brutal murder of Russian POWs is not the first and only such war crime, but common practice (by Ukrainian Nazis), actively supported by the (US-installed) regime, and not noticed at point-blank range by its Western patrons" and MSM press agents.

"The only crimes I saw during the days I was there were perpetrated by Ukrainian forces."

"I saw Russian soldiers who were taken prisoner, bound and badly beaten."

"They were brought in groups of three or four" to a detention area.

"Every soldier received a bullet from a Kalashnikov rifle in the knee."

"Those who admitted that they were officers got shot in the head."

"When I returned to France, I was extremely shocked by what the people who were invited on TV shows were saying."

"A chasm exists between what I see and hear on TV and what I saw on the spot."

"For me it's abominable."

"It shocks me enormously that Europe still gives weapons to a force which in my view are neo-Nazis, who have neo-Nazi insignia."

"It's an SS insignia brandished across Ukraine, everywhere."

"No one in Ukraine seems concerned about this, while we arm them with European weapons."

"They go off and commit war crimes. I saw this myself."

Puppet "Zelensky and his accomplices (must) be held responsible by the court of history, the peoples of Russia and Ukraine for each and every prisoner tortured and killed."

On the same day, Russia's Mission to the UN in Geneva publicly condemned the cold-blooded murder of its POWs by Ukrainian Nazis, saying:

"(W)ar crime(s) committed by the Kiev regime's henchmen will be brought before the international community."

"The Russian Mission to the UN in Geneva will demand a public condemnation of this horrific crime from the Office of the UN High Commissioner for Human Rights."

Spokeswoman for its office acknowledged awareness of how Ukrainian Nazis operate.

Saying its cold-blooded murder of Russian POWs must be "promptly, fully and effectively investigated, and any perpetrators held to account" is meaningless without followthrough and accountability of responsible parties to the highest levels.

Since last spring, her office has had "credible" evidence of "torture, ill-treatment and incommunicado detention" of Russian military personnel held in Ukrainian captivity -- what flagrantly "violates fundamental rules of international humanitarian law."

Yet nothing was explained publicly.

No accountability has been forthcoming in response to Ukrainian war crimes and related atrocities since 2014.

They're "further evidence of crimes committed by Ukrainian neo-Nazis."

"The Kiev regime flagrantly violat(es) international humanitarian law," including what pertains to the treatment of POWs, the International Covenant on Civil and Political Rights, as well as the Convention against Torture and Other Cruel, Inhuman or Degrading Treatment or Punishment.

Their Nazi sadists "shoot tied up (Russian) soldiers in the legs, disrespect the bodies of the dead and shoot unarmed soldiers and civilians."

Foreign mercenaries from US/Western and other countries took part in these atrocities.

Russia will not let their atrocities go unpunished.

Guilty parties and "their accomplices will be identified and punished accordingly."

"Nobody will escape retribution," Zakharova stressed.

Dominant Ukrainian Nazis "are not only begging (the Biden regime) to provide more military assistance, but are also trying to provoke a (more) direct military clash between the Russian Federation and NATO" than what already exists.

Hegemon USA "will continue to act with" its vassals in waging forever war on Russia.

Does Blinken and likeminded lunatics in charge of the Washington asylum have WW III in mind?

Do they have a collective death wish?

Way Too Little, Too Late