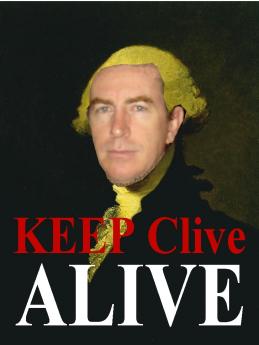 Every one of them laughed. It was unsettling, frightening, saddening. I had called no less than five friends and associates asking if they knew of a judge in California who was honest. We needed one to prevent the assassination of Clive Boustred in Santa Cruz.

California is a big state and for most Americans, as for Clive, justice has become little more than a distant dream. Courts today are a tool used to fleece us, not weigh the truth.

We were even then hammering the sheriff's office and calling the media to prevent yet another judicially sponsored murder attempt. They had tried it several times before; the first time in 200 3 , using just the same kind of bogus set up.

Clive Boustred, a leading entrepreneur in Silicon Valley was returning home from the court house in Santa Cruz. He had taken out a restraining order against his former wife, Anamaria. Anamaria had started a sexual relationship with Boustred's executive assistant, Steffan Tichatschke, in 2001  . Boustred learned of his wife's infidelity from their young son, who Anamaria took with her on one of her sexual encounters. Stuffed in a closet with chocolate chip cookies and told to, “be quiet,” the boy later told his father what he had seen and heard, the splotches of chocolate still smeared across his small face.

A custody agreement, negotiated between Boustred and Anamaria through Dr. Melissa Berenge of Santa Cruz's Family Law Division, recommended that because of Anamaria's emotional instability, which was resulting in suicide threats, the two small boys spend all nights with Boustred except for one night on the weekend. The two boys continued to live with their father, their usual caretaker from birth, for eight months until that arrangement was interrupted by the first attempt to kill Boustred. His two sons, also in the car, witnessed the event.

The murder attempt in 200 3  took place in the driveway of the multimillion dollar home, located in the mountains in back of Soquel. The only thing that kept Boustred alive beyond the first shot fired through his car was that the deputy in charge of the attempt noticed neighbors watching. They had planned the killing to take place out of sight, at the end of the driveway and not in front of the garage door where the elevation made their actions clearly visible to those neighbors.

The issue today is money. Boustred's home, paid for by his father and in which Anamaria was angered to discover she would have no interest, is worth millions of dollars. Sitting on 19 acres of redwood forest it has been featured on the cover of magazines more than once. It is worth stealing and the judges in Santa Cruz are arguably  one of the most corrupt court system in America. Boustred has proven a tough nut to crack. Determined to defend his rights he has filed charges against every one involved in what doubtless looked like an easy steal. The list includes Judge Samuel S. Stevens, Judge Michael E. Barton, Judge Robert B. Atack, Judge Phyllis J. Hamilton, Judge William M. Kelsay, and Commissioner Irwin Joseph. The one honest judge died mysteriously  just a week before hearing the Boustred case.

Dishonest people in positions of power, like bad money, force out the good. There are limits to what decent people will do; there are no limits for those fired with greed and blind to honor and decency. Those who refuse to go along with the program find themselves pushed out.

The question that confronts Americans today is how to reestablish justice in the face of the findings of such inquiries as that carried out by the the San Jose Mercury News. In a series titled, Tainted Trials, Stolen Justice, the paper delved into the operations of the appellate court system there and nationally, producing evidence based on detailed analysis showing that the the system is irredeemably corrupt, failing consistently to weight the laws o r  the facts, committing errors in procedure routinely, and engaging in questionable conduct.

Judges and those elected cannot be removed. If you are one of the few who still doubt the truth of this see, “Hacking Democracy,” the documentary that shows exactly how elections are stolen. This problem has awakened the concern of Americans from both the right and left over the last eight or more years resulting in the growing impeachment movement, the clean election movement, and such movements as the Ron Paul Revolution, intended to take back control of the Republican Party into the hands of grass roots activists.

Worries over corrupt courts have now focused attention on the means outlined by our Founders for ensuring that justice remained within the grasp of the people. Those means are the Common Law Courts which many are now reactivating despites threats from that same government.

The Common Law was firmly in place at the time the Constitution was written and ratified. Statute law came into existence when the original mandate for equal rights was ignored, making it necessary to set out how women and blacks would be treated. Ignoring the rights set out in The Declaration of Independence, for which the Revolution was fought, has proven to be expensive for all Americans. Statute law has shackled each of us. It exists in contradiction to the Constitution.

Common law was a system that had withstood the test of hundreds of years of usage in England before coming to the New World with the establishment of the colonies. Common law is often cited as law created by judges, but this is not the case and, in fact, ignores the source of common law as coming directly from the people. America is the coming together of a people to govern themselves at the most local level. Many have lost track of this fact, but it is irrefutable and remains at the foundation of American jurisprudence despite the series of moves that have attempted to extinguish the means by which the people can take corrective action.

Under the Common Law the steps for enacting justice are clearly laid out. To this the Founders added measures to ensure that their intentions were explicitly understood. The Judiciary Act of 1789 mentions the common law as the only standard for courts. Today the common law has all but disappeared in practice through the manipulations of the judiciary acting in collusion with government and other interests who seek to profit from power.

Equity courts, explicitly excluded from use when remedies were available under common law, are now in use throughout the system. This includes one of the largest cash cows from which courts profit, the marriage law system and the system of 'infractions,' that we know as the demands for payment from traffic court and from fines exacted by various parts of government. These deny the right of jury trial, a clear sign they are equity law courts.

In SEC. 9. of that Act all seeking justice have a right to trial by jury except in cases heard in admiralty and maritime jurisdictions which, “including all seizures under laws of impost, navigation or trade of the United States, where the seizures are made, on waters which are navigable from the sea by vessels of ten or more tons burthen, within their respective districts as well as upon the high seas; saving to suitors, in all cases, the right of a common law remedy, where the common law is competent to give it;”

The slowly growing conclusion of Americans is that the system is broken and usual lines of recourse are unavailable. Nowhere is this more obvious than the case of Clive Boustred.

The power to change any and all aspects of government remain in the hands of the people, including those in Santa Cruz, California. The case of Clive Boustred makes it clear just how far the judiciary will go using courts of equity and ignoring the law. What happens there may well determine our future.

Boustred would have clear title to his home if his former wife had not refused to sign off on the divorce settlement agreement. By so doing she delayed payment of the hundreds of thousands she owed to Boustred. By refusing to sign she stalled clearing title to Boustred's home. The court has ignored Boustred's many pleas and motions to force her compliance for five years.

Commissioner Irwin Joseph is sitting illegally on the Boustred divorce case; he lacks a signed oath and jurisdiction that the litigants must grant for him to hear any case. Boustred has never granted Joseph such jurisdiction and Joseph is a defendant in another case filed by Boustred, a clear conflict of interest.

According to common law no one can be evicted from their home without a trial by jury. Due process, according to the Constitution, entitles you to trial by jury before you can be evicted from your home. There has been no such hearing in the Boustred case. No sheriff or other official can lawfully enforce an unlawful order; those who act outside the law are themselves outlaws. If your home is invaded by outlaws you have an absolute right to defend yourself.

If Boustred is this vulnerable how safe are you? You know the answer. We all need honest judges; we need to restore American justice for ourselves and for our children.

The means for defending our rights are in our hands. They remain, as they were when America was founded, the Constitution and the common law. It is time that we started using them.

What do you do when the false flag events are poised? The nuclear incident in three parts of the country are ticking down to 0? You consider your options.

Nothing is ever done about these comi`s....just talk.
These people can,and,do,anything the want because Americans are too weak and cowardly to put a stop to it.
All I`ve seen the American people do,what`s left of them, is Talk.
The Greedy,Anti Americans have no reason to fear the people,why should they?
The Comi`s have no resistance to their way`s....NONE!!
They can do whatever they want to the weak,chicken shit Americans...what`s left of them,Americans,anyway.