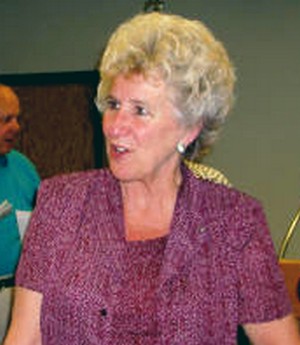 In a formal Floor speech in the Arizona Senate (Tuesday, June 10), Senator Karen S. Johnson blasts Congress for their failure to defend U.S. citizens who were killed on September 11, 2001, and their failure to properly investigate those attacks.

“It has been nearly seven years,” says Johnson, “and we are faced with new evidence that turns the conclusions of the 9/11 Commission upside down. We are fighting a war because of 9/11 – and we still don’t really know what happened. We have spent billions of dollars on the war, with an additional $340 million per day. Thousands of U.S. servicemen and women have lost their lives, not to mention the lives of innocent Iraqi and Afghan civilians.”

Johnson revealed in a committee hearing in April that she did not accept the official report of the 9/11 Commission and has since defended supporters calling for a new independent investigation of the attacks on the World Trade Center and the Pentagon. “Ground Zero was treated like little more than the site of a building demolition – which, of course, is exactly what it was,” says Johnson. “Everyone who has studied it recognizes that the Twin Towers and Building 7 came down as a result of controlled explosions – not because of the airplanes and fires.”

Johnson has joined forces with local 9/11 activists who for more than two weeks have been staging a protest outside the Phoenix office of presidential candidate U.S. Senator John McCain. One protestor, college professor Blair Gadsby of Scottsdale, began a hunger strike on May 26 to bring attention to the need for Congress to re-open the investigation into 9/11. Gadsby plans to fast until Senator McCain agrees to meet with experts who will present evidence that the WTC buildings came down through controlled demolition. Tomorrow will be Day 16 of the Hunger Strike. Senator Johnson has invited Gadsby to the Senate to listen to her Floor speech.

“The U.S. government is constantly interfering with states in matters that are none of its business,” said Johnson. “Yet when it comes to the one really significant job the Constitution assigns to the government -- defending our nation – the federal government failed miserably. Not only did they fail to put up any sort of a defense after the first plane struck the North Tower (Tower 1), but they failed to mobilize the air defense system, they failed to protect the President, who sat reading in a public school for 20 minutes while the attacks continued, and they failed to defend our most important military installation – the Pentagon. The public is sick to death of do-nothing politicians in Congress who forget what their job is the minute they arrive in Washington. Finding out what happened on 9/11 and bringing the perpetrators to justice is the job of Congress and the Executive branch. We need to know what happened to Building 7. We need to get answers to the many unanswered questions that still exist. We need an investigation – especially of the new evidence. It’s time for Congress and our President to act.”

Wow! If she really wants to stay in politics, a run for the Governor would be fun. Governor Brewer just doesn't do it for me.

Johnson for Governor? Where do I sign up? And where do I send the money?

I think we've got only one more chance to right a ship that listing badly to port. If that fails....you'll find me in Montana!

Insider info: Karen is considering a run for Governor. She is sooooo angry with is happening to our country and the lack of any integrity in the system and the people in it that she is open to running for Az Governor. In Texas another woman that was for years a Ron Paul insider in the congressional campaigns, s running for Governor of Texas on almost exactly the same issue that Karen Johnson would champion.

I think America might get fixed by pissed off Grandmothers.

Yes, Karen Johnson is a woman of integrity and she is an American Patriot!

Governor! What have you got against Karen?;-)