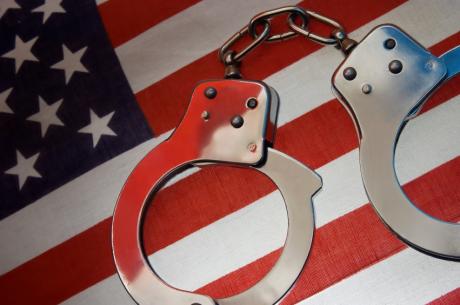 Mortgage fraud, government fraud,
and heads of lettuce
By Craig J. Cantoni
June 20, 2008
If you read this and don’t agree that the proposed arrests for fraud should be made, then the likely explanation is that you are either brainwashed, ignorant of the facts, a patsy, or in cahoots with the crooks.  Or maybe you have the brain of a head of lettuce.
Alternatively, if you have a real brain but don’t become angry enough to take action after reading about the fraud, then you probably don’t love your country or your children and grandchildren.
I’m not referring to the arrests yesterday of Wall Street hedge-fund traders who were paraded by the FBI in front of TV cameras in a “perp” walk.  Essentially scapegoats, they are accused of fraud for not telling investors the truth about the plummeting value of sub-prime mortgage investments.
I’m referring to the crooks and liars who are engaging in far, far greater frauds -- frauds that are destroying the country from within, robbing children, stealing nest eggs, and pitting one generation against another.  With absolutely no hyperbole, I’m speaking of the White House, the Supreme Court, the Federal Reserve, and Congress, including the two presidential candidates, Barack Obama and John McCain.  They should be paraded in handcuffs in front of TV cameras.
I’m serious about this, and trust that you will be, also.
If the United States is truly a nation of laws, then the people who make the laws, enforce the laws, and interpret the laws should at least be held to the same legal standards as Wall Street traders.  A case could be made that they should be held to higher standards, given the power and trust that you and other citizens have bestowed on them.  But I’d settle for the same standards, as that would be an improvement over the current lack of accountability.
Before you pooh-pooh the idea of putting the nation’s pooh-bahs in handcuffs, please read the following examples of their massive frauds.
- There is no money in the Social Security Trust Fund.  It has been purloined and spent on other things.  Can you imagine what would be done to the executives of Fidelity Investments if they were to pillage the mutual funds under their control and pretend that everything was hunky-dory?  Members of Congress would be grandstanding in front of the TV cameras, asking for their heads.
- Social Security and Medicare are textbook Ponzi schemes, in which early investors are paid off handsomely with money from later investors until the pyramid schemes collapse from unsustainable payoffs.  At current payoff rates, each American under the age of 18 will be stuck with a bill of over $700,000 to pay the entitlement benefits of those who got into the schemes before them. Do you hear members of Congress railing against this fraud?
- Not only has the Supreme Court not done anything to stop the foregoing illegal schemes, but the justices have ruled that it is constitutional and just for the government to engage in the fraud and renege on promises.  The movie Judgment at Nuremberg shows what should be done to jurists who go along with an unjust system to gain power and prestige.
- Past and present governors and chairpersons of the Federal Reserve know that if something is not done about the nation’s profligate spending and cataclysmic deficits, they will have no choice but to print money and debase the dollar, thus imposing a hidden and insidious tax on Americans, especially those who save money and thereby provide the capital for economic growth.  Yet the governors and chairpersons speak in euphemisms about the situation instead of taking a principled and public stand against it.  They are aiding and abetting the crooks and should be treated accordingly.
- At root, the sub-prime mortgage mess was caused by government policies, programs, and agencies, as well as by Fannie Mae and Freddie Mac, which are quasi-governmental corporations that cooked their books and, in one case, paid a disreputable CEO $90 million.  That CEO, instead of being put in handcuffs and paraded in a perp walk, became an advisor to Mr. Change, Barack Obama.
- Mr. Change is the same guy who wants to engage in fraud by increasing the capital gains tax from 15 percent to 20 percent.  Why is that fraudulent?  Because the tax is levied on “gains” from inflation instead of on only real gains.  For example:  Suppose that a $100,000 investment increases in value over a year to $104,000, not from a real gain but from inflation of four percent -- inflation caused by the government.  In terms of purchasing power, the investor has the same amount of money at the end of the year that he had at the beginning of the year.  Ah, but then Mr. Change takes 20 percent of the $4,000, thus leaving the investor $800 worse off.  Mr. Change describes this injustice as social justice, proving that it’s easy to fool people with lettuce for brains.
There are scores of other examples, but the foregoing should be enough for you to answer this closing question:  Do you think that the crooks in government should be treated the same as crooks on Wall Street, or do you have the brain of a head of lettuce?
________________
An author, columnist, and 80 percent vegan, Mr. Cantoni eats a lot of lettuce and can be reached at ccan2@aol.com.