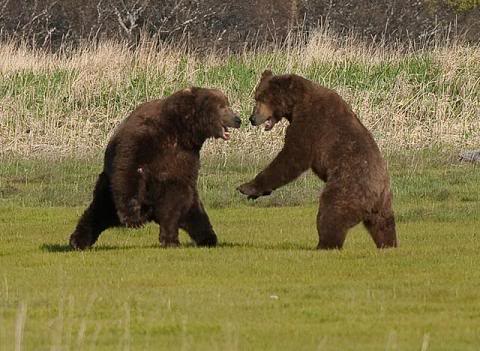 Beginning in 1991, various socio-economic measures were implemented without public discussion or parliamentary approval. Most important were Yeltsin's personal directives, creating a billionaire aristocracy handed the economy's most important, profitable sectors, free of charge - literally a license to loot.

Changes began slowly under Vladimir Putin and Dmitry Medvedev, though not easily. The rot is so widespread and deep. Oligarchs like Boris Berezovsky fled to London, Moscow2, taking with them great fortunes. Others staying behind wish they'd after Medvedev announced during an October 2008 Council to Combat Corruption session that:

"Corruption in our nation has not simply become wide-scale. It has become a common, everyday phenomenon which characterizes the very life of our society. We are not simply talking about commonplace bribery. We are talking about a severe illness which is corroding the economy and corrupting all society."

As a result, prosecutions followed. Some 2009 examples against bureaucrats included:

-- two Ministry of Internal Affairs (MVD) Main Directorate officers detained on suspicion of accepting over $100,000 in bribes; and

"After laboring to project the image of a rational, law-abiding statesman, President Vladimir Putin of Russia has reverted to the vengeful violence of his old employer....(Arresting MK) was a serious mistake," citing market plunges "on the fear that the Kremlin was showing its true authoritarian colors."

"....nobody knows for sure whether President Vladimir Putin is personally behind the sudden crackdown on the giant oil company Yukos....What is clear is that the Kremlin's strong-arm tactics have little to do with battling economic crime and a lot to do with power and the coming elections in Russia."

An October 28 Washington Post editorial claimed "no one is safe from arbitrary prosecution, or from the political whims of the Kremlin, and the US State Department suggested that MK's arrest involved "selective prosecution," adding that "We are concerned about the rule of law, about maintaining the basic freedom of Russians."

In fact, MK was summoned for questioning. At the time he headed Yukos and was Russia's richest oligarch, ranking 16th on Forbes billionaires list. Today, he faces years more in prison. More on that below.

The Times railed about "masked agents" arresting him instead of pursuing him in court. In fact, he defied a court order to appear before prosecutors. Only then did arrest follow. Other allegations suggested Yukos involvement in murders or attempted ones, targeting bureaucrats or business competitors who interfered with company operations. One was committed on MK's birthday, apparently a gift to the boss.

He began as a Stalinist bureaucrat. In 1987, he used his Komsomol district committee control to organize Menatep, a commercial enterprise to promote inventions and industrial innovations. It later became one of Russia's largest banks. In the 1990s, through ties with Kremlin bureaucrats, he used funds stolen from the state and unwary investors to amass huge holdings in formerly state-owned enterprises at a fraction of their value. In 1995 he bought Yukos assets for $300 million. In 2003, its market value was $30 billion, a 100-fold ill-gotten gain.

Why MK Was Targeted

Besides corruption and tax evasion, political motives were also in play. Allegedly he was bankrolling opposition parties, breaking an unwritten agreement to stay out of politics in return for the state keeping quiet about illicitly gotten riches.

Key also were deals he was negotiating with ExxonMobil and Chevron for up to a 50% stake in Yukos, violating Kremlin policy to keep Russian control of state resources in government or home-grown private hands. In addition, MK had White House political ties. For example, before becoming Bush's National Security Advisor and Secretary of State, Condoleeza Rice was a Chevron board member for 10 years and had a tanker named in her honor. It was then quietly renamed the "Altair Voyager."

Another factor was public hostility toward oligarchs, so pervasive that prosecuting them is politically popular. US anger is a combination of geopolitics and defending predatory capitalism's rapaciousness, notably because of America's own criminal class. For decades, a Washington-corporate cabal shifted trillions of public wealth to private hands, especially to omnipotent Wall Street. At issue is shielding them at all costs so corrupt practices can continue until everything worth owning is stolen.

As a result, the idea of selling large Yukos or other major resource company assets to foreign buyers is anathema, especially to Big Oil giants. MK also wanted Russia's pipeline monopoly broken with a private one to shift the flow of oil. It was like declaring war on the state and got him incarcerated.

On May 31, 2005, he was convicted of fraud and tax evasion and sentenced to nine years in prison, later reduced to eight years. In March 2009, he and Platon Lebedev (billionaire, former Group Menatep CEO and close MK associate) were tried for embezzlement and money laundering. On December 27, 2010, both men were convicted, and on December 30 sentenced to 14 years imprisonment, including time served. Lebedev also was convicted in 2005.

Rallying Round the Thief

Again, The New York Times came to MK's defense in a December 28 editorial headlined, "What Rule of Law," saying:

President Dmitri Medvedev can prove his "rule of law" credentials "by using his pardon power to ensure that (MK) faces no additional prison time after being convicted on trumped-up embezzlement charges this week. (He's) already served seven years as a result of Mr. Putin's judicial vendetta against him."

"We are deeply concerned that a Russian judge today has indicated that for the second time (MK) and Platon Lebedev will be convicted. We are troubled by the allegations of serious due process violations, and what appears to be an abusive use of the legal system for improper ends."

No broadsheet is more hypocritical than The Times, tainted by decades of supporting wealth, corporate interests, and imperial wars. Daily, its agenda is visible, arrogantly supporting power over popular interests, even mega-criminals deserving condemnation. Indeed, truth and fairness were never NYT long suits. Nor America's.