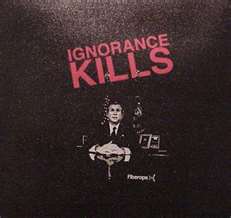 There is this old saying that little knowledge is dangerous. I re-capsulized and modernized this old aphorism to mean the Ignorance of the Learned [IOTL] – a formidable threat to National Security.

In educating the American people, there is no question that considerable parts of this nation’s debts in trillions of dollars were education expenditures that rival the mind-boggling cost of War.

The standard cost of educating Americans runs to 5.5% of GDP [published in 2007]. For additional information, read Barb Kromphardt’s [bkromphardt@bcrnews.com] “The Cost of Education”  [http://search.yahoo.com/search;_ylt=AqZQOz52Oq4_B_WREVcnWUSbvZx4?fr=yfp-t-701-s&toggle=1&cop=mss&ei=UTF-8&p=2012%20national%20budget%20for%20education].

And also read “Education Cost Calculator Growth” to get an idea how we break our back while shouldering the cost of education – that’s because we have to fight ignorance, a frightening menace that threatens the survival of this country. http://www.csgnetwork.com/educostcalc.html.

There is a big difference between sheer ignorance and the Ignorance of the Learned or IOTL. An example of ignorance as ordinarily understood by the layman is the ignorance of mountain people or hillbillies who never lived in towns or cities, whose primitive way of life was hardly touched by civilization; they have never gone to school to get educated, or have not learned how to read and write. Based on US Central Intelligence Agency's World Factbook, there are 31.28 million of them in the United States today [.1% of the population].

Examples of IOTL are those who, coming out from school or after knowing something out of reading certain printed materials, really believed that learning something is enough to know EVERYTHING!  And this little knowledge is what made them indisputably dangerous!

The notion of literacy in the United States is that “the average American reads at a 7th or 8th grade level … which is … consistent with … [the] norms of readability for medication direction, product information, and popular fiction …” They comprised approximately 15% of the U.S. population that are easily drawn to commit violence when provoked or challenged. They are literacy-wise, described as “functionally illiterate” because of insufficient knowledge, similar to “little knowledge” or “misplaced knowledge” when they make decisions. This marked attribute of the IOTL makes an emotionally rush individual or an ambitious delusional person a threat to liberty and freedom aside from being considered fully armed [militia mentality] and dangerous.

Adolf Hitler’s profile falls under this category. After “educating” himself with some reading materials on fine arts and architecture, Hitler believed he had sufficient knowledge to capture the real meaning of life in the canvass as his early paintings or artworks had shown. He began painting and selling watercolors on the side to make his difficult life livable.

Hitler attempted to enroll in the Academy of Fine Arts in Vienna. He was rejected twice in his attempts to become a student of Arts, and was likewise rejected in his application to study Architecture. Both schools rejected him as an “unfit” or delusional student-applicant.

While his first love was centered on Arts and Architecture, his attention shifted to the study of  human interest, particularly his hatred of politicians and German politics while he was a Sergeant in the Army. By reading more books on humanity, he was convinced, as ambitious delusional minds tend to self-believe that he had enough knowledge to test his fortune in politics and to lead not only as an imagined defender of the oppressed German people but also as a Messiah in the propagation of the human race. This delusion of grandeur gave birth to Nazi Germany, otherwise known as The Third Reich where the Dictator fulfilled his heinous destiny.

One of the notable results of this “little knowledge is dangerous” part of Hitler’s life was his  ignoble, horribly awesome ambition to create the World’s “Super-Aryan Race” that led to Holocaust or the extermination of millions of Jews in WWII as one of the inferior races on the planet that must be eliminated.

Such is the incredible cost of educating a psychopath like Hitler whose IOTL should never be taken for granted. Little knowledge is more than enough to convince Hitler that he knew everything!

In the United States, the threat of ignorance to national security coming from those who had never learned how to read and write is insignificant or almost nil. Even their worst of doing any harm to this country or to the world like what Hitler did, is already geographically self-contained. Statistics show that there are only 31.28 million of them in the United States. They live in the boondock or secluded remote areas as social outcast. They are hardly part of our mainstream society – they are not modern Americans like us that live in highly developed towns and urban centers. They just want to live their primitive way of life somewhere; they don’t bother us nor they want us to bother them.

On the other hand, the most dangerous threat of ignorance to national security in the United States is the IOTL who -- according to a New Hampshire newspaper -- came from the “lunatic fringe”. IOTL breeds violence. There are 4.7 million of them all over the country. This frightening force has a militia mentality that calls citizens to arms for the overthrow of the U.S. Federal Government.

I am neither fussy nor prissy about it, but look … 4.7 million of this frightening force described as "functionally illiterate" with militia mentality calling citizens to arms for the overthrow of the U.S. Federal Government freak me out… I am having a stage fright [!], Elmer …

The number of ignorant mountain people posted at 31.28 million should read 312,800 [approximately one-tenth of the population].  It was a typographical error. I apologize.