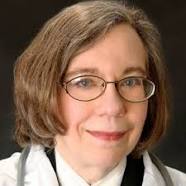 Bernie Sanders has promised to save the Planet, make money, re-engineer our economy, and create 20 million new good "green" jobs—for a mere $16 trillion, or $800,000 per job. Some details we might want to ask him:

What exactly will these workers be doing? Clearing enough land to install solar and wind farms? One estimate is an area greater than the size of New York, Pennsylvania, and Ohio combined. Another is 80% of the lower 48. Retrofitting all existing buildings for energy efficiency? Turning vehicles with gasoline or diesel engines, and gas appliances into scrap? Digging up and processing 500,000 pounds of raw materials to fabricate each new electric car battery?

How many jobs will be lost in coal mining, oil and gas production, and other industries?

Where will the money come from? Federal tax revenues are about $3.6 trillion per year. How much will they increase? ($16 trillion is nearly 4 ½ years of current total revenue.) With a federal debt already exceeding $22 trillion, where will we find lenders?

What has happened to green jobs in the EU as tax subsidies dry up, and to electricity bills there?

What will he do about the hundreds of new coal-fired generating stations in China, India, and elsewhere?