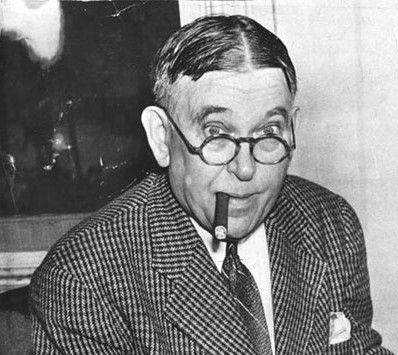 Since then, in spite of scores of laws designed to stop such risks to the financial system, there has been a growth in collateralized loan obligations (CLOs), which are essentially loans taken out by companies in the junk loan market and repackaged into bundles of loans and sold again.

It is leverage piled on top of leverage.  What could go wrong?

As the Wall Street Journal detailed in a March 20 article, plenty can go wrong and is going wrong.  Billions of dollars of these loans are dropping in value and heading for default.  Some Wall Street analysts say that the defaults could be greater than the defaults in mortgage-backed bonds in 2008.

Many of these bonds were the result of leveraged buyouts.  For example, Hilton Worldwide Holdings (Hilton Hotels) took out a $2.6 billion loan in June to refinance debt left over from when Blackstone Group bought it over a decade ago.  Blackstone has taken the money and run and has since engaged in virtue signaling about global warming and social justice, apparently believing that Americans and the media will fall for anything.   Now, of course, Hilton and other hotel companies are seeing their revenue plummet from the effects of the coronavirus.

Cirque du Soleil's credit rating has been downgraded by Moody's to "in, or very near, default."  The entertainment company of 4,000 employees has $700 million in loans that it borrowed for its purchase by private-equity firms in 2015.  The loans have fallen to 68 cents on the dollar as the company has suspended its shows in Las Vegas.

The chain of gyms, 24 Hour Fitness Worldwide, has seen its loans fall to about 44 cents on the dollar.

Much of this debt was fueled by the Federal Reserve's monetary policies, especially its cheap interest rates.

Apparently, Wall Street and the government were sleeping in history class when the lesson of the 2008 mortgage meltdown was being taught.

Will The Collapse Of Credit Suisse Be Europe's "Lehman Brothers Moment"?

The Federal Reserve is Raising Rates – Get Used to It

If supply chain crunch is finally easing, why is inflation so high?

We've "Crossed The Rubicon": Bear Traps Warns "Risk Of A Crash Is Rising"

With A 'Double Whammy' Hitting The System And The Market Going Down, Down Down, --

Hemp boom is over: Oversupply of hemp causes huge losses for farmers