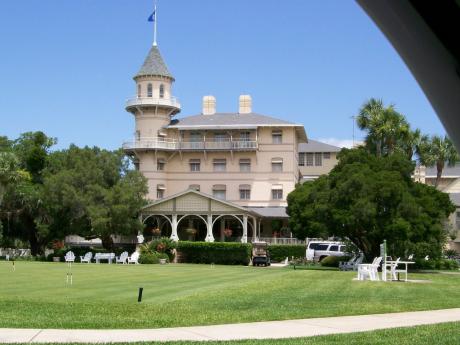 Ernest Hancock
"This particular event encapsulated what I feared most about this week’s gathering. The outcome was predetermined. Any discussion about a better Constitution or none at all would not be an option for a future Continental Congress."
Thank you for this great discernment and distinction. My concerns are in the creation of another group of \'elites\'.  That these present are THE \'leaders of freedom for America\' which is totally not true (that was mentioned on a radio show by an attendee). .  Many good Americans have gone to court, been jailed and even lost their lives in defending freedom.   Or the real danger for a formation of a group of self appointed who are intended on their own glory and power aka satisfying the ego.
The issues facing the planet today will take more than just our focus on the constitution which I feel has holes in it for this take over to of occurred.  Maybe that was our warning of \'if we can keep it\' because some of the founders may of had the distinction that there may be subtleties within this document for infiltration.   The idea of another party system to me is just another bunch of division, argument, pushing to be right and on top, and gridlock, as other parties will form to continue the division.  Parties are not necessary if sovereignty is the focus.

" “Give me Liberty or Give me Death” by Patrick Henry was well delivered by a costumed gentleman, but the mention of Patrick Henry’s opposition to the US Constitution, and his reasoning (that lead to the adoption of the Bill of Rights) was avoided."
I can say with confidence if our education system taught something worth while and if we learned responsibility we could manage a restructuring of society using the Bill of Rights as the sole document.  That would focus on personal sovereignty which would be an energy of unity, as we all want to be free and have opportunity to enjoy life.  Every human should have the ability to bring their lives where they wish it to be without being subjected to being a cog in the machine.  Without focus on sovereignty, we have the same old same old.

Rather than a no conversation option for re-constructing our Republic, and having a pre-plan which we have no idea who was participating in the origins of it, how about turning to the visionaries for new ideas. Jacque Fresco is a visionary who has very transcending ideas for society, although not complete, an idea to be considered.  I am tired of the hamster wheel.  Let\'s get creative and get people of all walks involved in the excitement of creating for the entire planet a new way of life.
Let us break out of the old paradigm and step into a new one.
Our Founders created something different, although I believe deliberate holes were put in the constitution for a take over to be secretly manouvered.  Thank goodness for Patrick Henry. He had a bright new idea for something different and his focus seems to of been one of sovereignty rather than government \'bosses\'.
Sovereignty and creating protections for that... brilliant!!!.    With America being the bully and the primary source for destruction  on the planet, it is time for us to extend to the world something creative and fresh... sovereignty... afterall, we have destroyed many countries with econimic warfare that leads to total slavery for them as well.  A new structure of society must encompass the globe.

If there isn\'t going to be an inclusive discussion from many minds, it is an abrasive feeling for me that this is just another power over agenda.  I too am for personal sovereignty and the focus on creating around that.
Thank you for \'hearing\' my \'conversation\'.