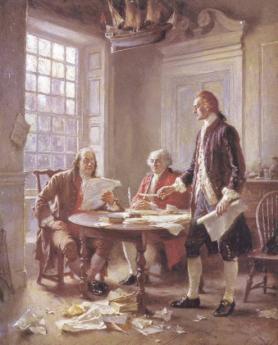 Powell Gammill
I am writing this letter in response to Tanya Rowe’s letter, dated June 10th 2009.

Well Ms. Rowe, we have a job to do as well......and that is to fight the ever-fulminating masses of American SS, Red Guard, Khmer Rouge, Brown Shirts, Arditi, and Hitler-Jugend that are popping up like flies around our dying and bloated carcass.  We are, in fact, paying for our own enslavement.  In my humble opinion, if you’re not a part of the solution, you’re part of the problem.

The biggest issue in the fight for individual liberty is that it needs to be for the benefit of the entirety of our compatriots, whether they are a deserving recipient of those efforts or not.  In a reactionary emotional sense, there are immense numbers of people (read: hundreds of millions) in this country who have seemingly made a lifestyle of the Seven Deadly Sins, and I wouldn’t care one bit whether or not they were herded into railroad cars and dragged off to work camps.  However, not only is that attitude a destructive one, it completely misses the point:  I have more faith in humanity than that, and as flawed and imperfect creatures, it\'s never too late to change the error of your ways until it is ultimately too late.

I feel that our ‘Job #1’ is to, as Jefferson so eloquently stated, "Educate and inform the whole mass of the people... They are the only sure reliance for the preservation of our liberty."

This is our aim and our goal.  When someone like Ms. Rowe takes the time to write a letter to the editor, no matter how uninformed the content therein, it shows that hers is a brain at work.  It gives those of us who feel compelled to advocate for liberty something to work with.

However Ms. Rowe, you are dead wrong about what Pastor Anderson is doing.

To quote the Declaration of Independence:  "That whenever any form of government becomes destructive to these ends, it is the right of the people to alter or to abolish it, and to institute new government, laying its foundation on such principles and organizing its powers in such form, as to them shall seem most likely to effect their safety and happiness.”

The Founding Fathers knew a thing or two about human nature.  They foresaw then what is happening today, not because they were psychic, but because they were students of man.  They knew what power inevitably does to people and that virtually no one is immune to its siren song.    It is not only our right but our duty as Americans to fight off this oppression.  Random “show me your papers” checkpoints and warrantless searches have no place in a free society.

Here Here! I concur Jet, short and to the point. Good rebutle, Yes the Forefathers DID know how much power can corrupt and confuse the mass of the people if they lingered from their duties as Americans.

Nicaraguan boy, 10, who was abandoned by smugglers and was found crying alone...