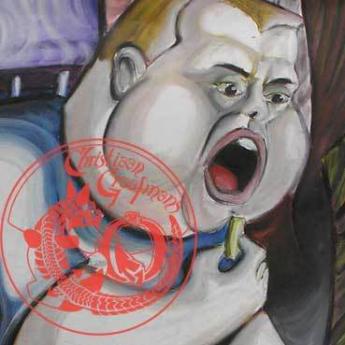 Technology rules the world! Only few understand much more are unaware what technology does to our civilization.

The Myth: As the world’s population increases, humankind will disappear like dinosaurs from the face of the earth because of lack of space, sunlight, food and energy. This notion is a total stranger to what technology can do and what it is doing to modern life right now.

Due to lack of understanding that our world is a repository of unlimited resources, frenzied if not manic, profit-driven opportunists both from the academia and the university of hard knocks, deliberately scare people out of their wits, i.e., that because of limited resources, immigration will turn the United States into a Third World Country once 100 million more immigrants are added, and life on the planet will stop to exist because of human procreation, meaning that because the libido of the human specie tends to go wild or out of control, overpopulation will destroy the world! Such notion is "… not only false and delusional but also crookedly preponderant …and uglier than the Hunchback of Notre Dame" [to borrow the favorite expression of a writer-philosopher whose writings exposed the myth of population control that most readers in the Web know and admire].

It cannot be denied that only the unscrupulous do profit from this contrived notion that for some time now had developed into a commercialized scare tactic, especially when the sale of their published writings is media-promoted to capture the attention of the easy to fleece segment of the population in a book-sellers’ market.

Technology can create space where there is none, and it can also produce food out of anything that lives on land and sea, it had already made an everlasting supply of energy more than the nine billion populations will ever need!

We can easily educate ourselves and escape the trap that had been laid down along the way. Search the Web. The size of educational information that could be found there is beyond anyone’s imagination. For example, among them is science’s latest discovery that the increase of population on earth would reach approximately 9.3 billion at a certain point of time, at which point in time it will level off, slowly decrease before its increase starts back up again as if in a cycle dictated by the law of Nature. In economics, the Law of Diminishing Return will give you a clear idea how it works.

Humans could not be overcrowding available space on this planet as population scarecrows portrayed. For example, The Great Deserts of Sahara, Nevada and California’s Death Valley among still many others like the Australian Desert (Great Sandy, Gibson, Great Victoria, Simpson), the Arabian, Turkestan, Gobi arid lands, and the North American Great Basin – Mojave, Sonoram, Chihuahuan, and well as what lies deep down the ocean floor, are said to be habitable in not too a distant future. So are the worlds of the outer space beyond, for humans to explore and occupy. Earth itself is said to be yet unexplored. What holds beneath could be another world for mankind to discover. Humans would run out of space? Sounds like a bedtime story.

Let’s stretch this out further just to educate the skeptics and our notorious overpopulation innumerate: What percentage of Earth is inhabited by humans? 29% of Earth is land, and hardly only 1% is occupied by humans. When did humans first walk on the face of the Earth? Some ten millions years ago, according to famous Paleonanthropologists, scientists who study fossil remains of ancient peoples. Now use your imagination and see for yourself how slow the rate of human occupancy of space on Earth is.

One percent in 10,000,000 years means the land on Earth will be fully occupied and/or inhabited by humans for the next 290 million years starting today. The fear of lack of space on Earth for humans to inhabit at its saturation point of population increase estimated at 9.3 billion inhabitants as marketed by scare-mongers, will occur sometime in 290 million years! But even then this is impossible when the population that saturates at 9.3 billion scales down, and by that time less number of humans would occupy space.Let’s go to another myth -- lack of food and water to feed humankind, which is even becoming more and more delusional. Technology produces food even in the air. Gardening could be on tap of the tallest building in Manhattan [find this in the Web and click on the green future of the world]. Land farming is now obsolete. We are now farming the ocean. It’s called "Open Blue Sea Farm". Here we grow and harvest food in a seadome. If you want to see a sample of it, go to Whit Richardson’s sea farm at AcquaPods.

Let’s go to another myth -- lack of food and water to feed humankind, which is even becoming more and more delusional. Technology produces food even in the air. Gardening could be on tap of the tallest building in Manhattan [find this in the Web and click on the green future of the world]. Land farming is now obsolete. We are now farming the ocean. It’s called . Here we grow and harvest food in a seadome. If you want to see a sample of it, go to Whit Richardson’s sea farm at .

"Last year marked a watershed moment for aquaculture. For the first time, aquaculture supplied half the world’s seafood, approximately 60 million tons (or 50.8 million tonnes, also known as metric tons) valued at $70 billion, according to a study in the Proceedings of the National Academy of Sciences. The portion of that farm-raised seafood that comes from the United States, however, is minuscule, less than 1.5%. China, on the other hand, produced 70% of that 60 million tons.

"The United Nation’s Food and Agriculture Organization expects aquaculture to supply 60% of all seafood by 2020. The ocean farm of the future will not be just one species or another. It’s going to be polyculture. It’s going to be … sea vegetables and seafood." Whit Richardson.

As of now, the United States’ food supply is so abundant and limitless that one of the country’s greatest problems is gluttony – in other words, obesity. "Estimates 64 percent of Americans are overweight or worse ... An estimated 129.6 million Americans, or 64 percent, are overweight or obese. ... ‘Our research has shown that many Americans believe that they need to make drastic changes ...’" Robert Longley.

At the same time, it is ironic that starvation occurs in some remote parts of the world. The causes have been thoroughly researched and studied by different kinds of scientists specializing on political, social and economic discipline. Cultural, religious beliefs, customs and traditions, ideological unrest, corruption, political and economic distortions and still a host of them are among those causes. Immigration and population overload that would likely end the world were not among those causes. That they are purportedly among those causes has in fact become ostensibly a notorious myth.

Next Part II: The myth of lack of food and water and sustainable energy that frightened people and even policy-makers for the last forty years.