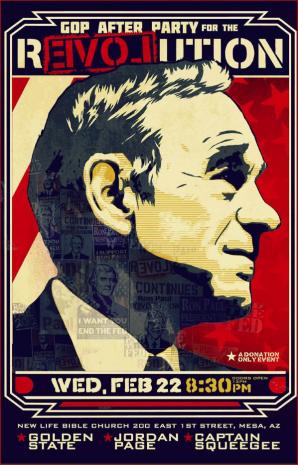 Ron Paul Arizona Event Poster
Ernest Hancock
PDF of 11x17 Poster to print out and distribute at the CNN Debate event
Debate/Concert/Party - Ron Paul will Attend! - UPDATE 6pm 2/18/2012
Hour 2
Jordan Page in Studio
Adam Kokesh
Jordan Page just came from the Veterans March for Ron Paul in Washington D.C., and will be playing at 1 p.m. at the Mesa Arts Center on Wednesday, Feb 22nd. Also, Jordan will play at the after debate party being held at the 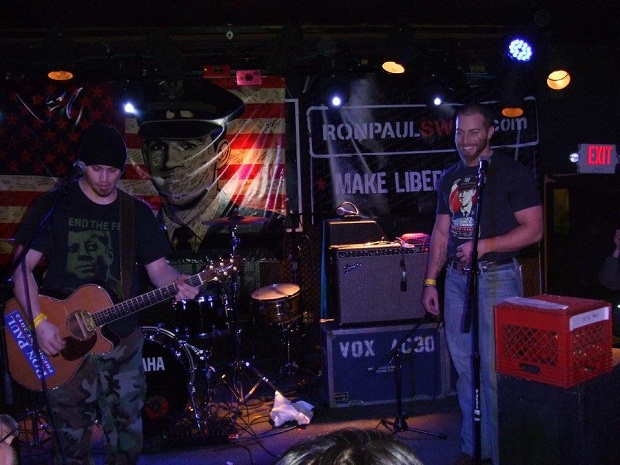 Jordan Page - Plays in front of the Washington Monument: 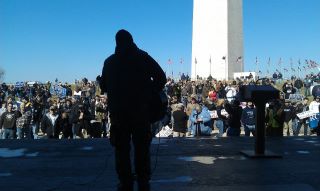 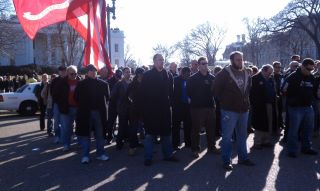 Video - Ron Paul is the Choice of the Troops:

Friedman's blog covers voting rights and election integrity issues in the USA, and a number of other subjects related to media reform and political corruption from a progressive standpoint.

Based on his advocacy at The BRAD BLOG and in other publications, he was invited to testify at the Election Assistance Commission's Voting Advocate Roundtable Discussion. Friedman is a noted advocate of a return to paper balloting and of the role of bloggers as journalists. he has been described in the New York Times as "perhaps the most dogged critic of electronic voting machine technology in the blogosphere".