Join-Us | Log-In
Freedom Forum | Translate
Sheriff Richard Mack (former Graham County, AZ Sheriff) comes in studio for 3 hours to talk about our eroding gun rights and freedoms, where our country is headed, and what he is proposing as solutions

Media Type: Audio • Time: 128 Minutes and 0 Secs
Guests: Sheriff Richard Mack
Topics: Eroding Freedom
Hour 1 - 3 -- Sheriff Richard Mack (former Graham County, AZ Sheriff) comes in studio for 3 hours to talk about our eroding gun rights and freedoms, where our country is headed, and what he is proposing as solutions

Dear Friend of Freedom:Back in 1988 I left a job I loved to move home to AZ to run for Graham County sheriff. Nobody thought I could win, as I had never been a cop in Arizona or in my hometown and hadn’t even lived there for nearly 12 years. I won. Then I ran for re-election in 1992. I won again.

Soon thereafter, the Brady bill was signed into law by Bill Clinton. Three federal agents showed up at our AZ Sheriffs Association meeting and handed us each a document from the Dept. of the Treasury, which detailed what our “orders” were to comply with the Brady bill.

All the sheriffs were shocked and against it. However, each sheriff said there was nothing we could do about it, “you can’t fight city hall” was the frequent comment. I disagreed and decided to sue my own government. Everybody said I was crazy and that I could not win. Six other sheriffs from various parts of the USA joined the lawsuit. The case went all the way to the U S Supreme Court and miracle of miracles, WE WON!

Now, today, our country is dying and all the experts say we’re on the right track or if we are not, that there’s nothing we can do about it. I disagree; there is something we can do! Our “leaders” continually urge us to stay on the Titanic and they count on our ignorance and apathy to keep us on board.

Can we save America? And Will enough people get involved and dedicate themselves to make this dream a reality?

The answers lie within our grasp and come from the foundation of our country. The principles are embodied within the Declaration of Independence and outlined in the Constitution.Yes, America is in deep, deep trouble. The good news is that there is hope and my victory at the U S Supreme Court proves that it only takes a few to stand to make monumental changes. We do not have to stand by and watch while America is destroyed from within. If our counties, cities, and states and all local officers keep their oaths to protect us from tyranny, we can win this battle to take our country back.

This is our plan, our goal and our quest. We are forming the Constitutional Peace Officers Association which will unite all public servants and sheriffs, to keep their word to uphold, defend, protect, preserve, and obey the Constitutions of the United States of America. We already have hundreds of police, sheriffs, and other officials who have expressed a desire to be a part of this Holy Cause of Liberty.

We are going to train and vet them all, state by state, to understand and enforce the constitutionally protected Rights of the people they serve, with an emphasis on State Sovereignty and local autonomy. Then these local governments will issue our new Declaration to the Federal Government regarding the abuses that we will no longer tolerate or accept. Said declaration will be enforced by our Constitutional Sheriffs and Peace Officers. In short, the CSPOA will be the army to set our nation free. This will guarantee this movement remains both peaceful and effective.

In the Mack/Printz ruling, the Supreme Court ruled, “But the Constitution protects us from our own best intentions.” The only thing we lack to make this principle a reality is the people who are devoted enough to make it so. The sheriffs and police are the answer.

The Founders of America pledged their lives, their fortunes, and their sacred honor to establish liberty here in the USA. To keep it, we the People must do likewise.

“If we fail, we fail while daring greatly, so that our posterity will never place us among those cold and timid souls who knew neither victory nor defeat.” 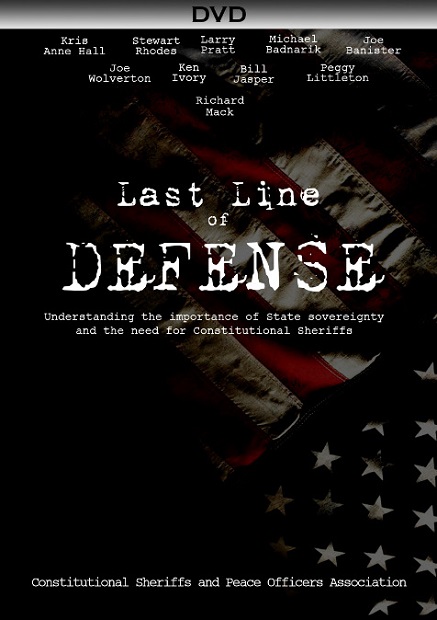 This 6 disk DVD collection features over 7 hours of speeches by constitutional lawyers, county commissioners, sheriffs, historians, investigative reporters as well as a presidential candidate and a former IRS agent. Ranging from the history and philosophy of the constitution to the current issues at hand, this collection features a comprehensive and detailed look at the fundamental issues that plague our 3 branches of government.

Sam Page was quoted saying, “I have learned more on Constitutional law in one day here at this convention than I have in my 15 years as a Sheriff.” Please help us educate, train and elect constitutional sheriff’s across the United States. County by County, Sheriff by Sheriff, we will restore the government back to the people.

“I have learned more on Constitutional law in one day here at this convention than I have in my 15 years as a Sheriff.” 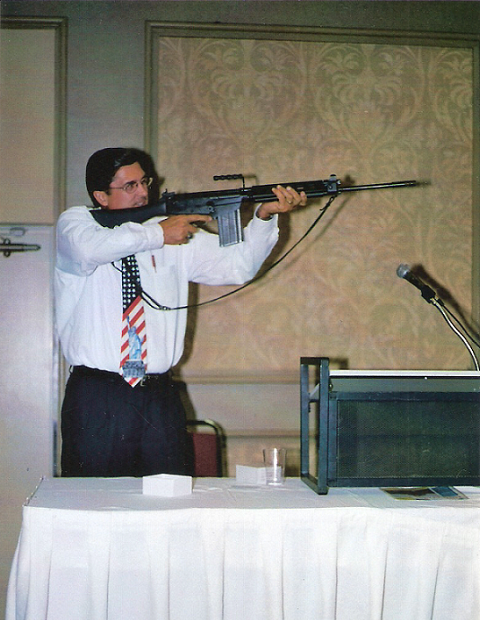