The Porcupine Freedom Festival is the flagship annual event of the Free State Project. It is a week long celebration of liberty at Roger’s Campground in Northern New Hampshire. Over 1,000 people are expected to attend this unique camping event which includes activities for all ages. Camp fires, panel discussions, presentations, movies, live talk shows, dancing, singing, music, food, parties, all around liberty-loving good times, and more are to be found at the most exciting liberty event of the year. PorcFest is a showcase of some of New Hampshire’s finest in the scenic view of the White Mountains. To learn more: Read our mission for an overview of the festival. Check our blog for the latest festival news. Learn the history of the festival.
Click here to Register

Teresa Warmke
Co-Founder and Treasurer of FR33Aid
Webpage: Fr33Aid.Com
Teresa attended the Bitcoin 2013 Conference in San Jose this past weekend and provides a summary of the event. She was also on a 'Bitcoin for Non-profit's' panel that included Carla Gericke, Angela Keaton, and Stephanie Murphy (see video of the panel discussion in hour 1 of today's show). Teresa will also provide an update on FR33Aid. 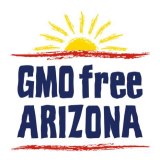 There are many fine movies about the topic and many more coming out early next year...my favorite is "Genetic Roulette" by Jeffrey Smith, the director of The Institute for Responsible Technology...you can see a trailer at www.geneticroulettemovie.com


So we are GMO Free Arizona and we educate about GMOs or Genetically Modified Foods,  we do movie nights, lectures and offer a educational website as a resource for learning more.  We are happy to come to your group, church, school etc and do a lecture by a trained speaker on GMOs or host a movie night with Q and A.
______________________________ 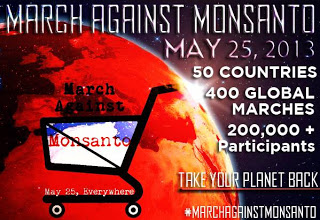 How The March Against Monsanto Can (and will) Change The World(March-Against-Monsanto.Com)


How The March Against Can And Will Change The World
The March Against Monsanto was started by a handful of millenials with a passion for change, a passion that we all have within us. Many people make the mistake of looking for someone to make change for them when the real change in this world comes from within. The top-down approach for making the world a better place, i.e. electing politicians to do our bidding has come and gone, with little success. There's a revolution happening right before our eyes, and before I had the opportunity to help with the world-wide March Against Monsanto, I was largely oblivious to this sea change that is coming. The rules of change, of activism, of consciousness, and of helping people are being rewritten by you and me, one connection at a time. The new revolution of good is coming from the grass-roots and making its way upward; this bottom-up effect is exactly what those who would like to see us silent are afraid of.

This new way of media and activism cannot be controlled by the likes of corporations or governments; these are ideas and they cannot be stopped. This new paradigm shift starts with you, your friends and family, and the way you can connect with people around you; the way information is disseminated makes all the difference in this new paradigm. The mainstream media controls 95% of the information  that we see, from television to newspapers, to magazines. This is the top-down technique, where you have no choice but to consume what's being served, making for a fickle population that was manipulated by commercials and where money made the major difference between a bill passing or failing, and a politician being elected or losing. The new media is a media of choice, where people can choose to get information on a topic that they choose. What does this mean? This means that a person that participates in the new media is more passionate, better informed, in turn a much more valuable asset to a social movement. These people are well versed in the information, founded in fact, and immune to the manipulation of a mainstream media establishment that is 90% owned by 6 monopolistic corporations. These new activists are warriors for truth and justice, and for those currently controlling the agenda, this can be a scary situation.

You see, the government and corporations are ingrained into the establishment; they're comfortable in their positions. This will be their downfall. History and science have shown that the comfortable devolve and the oppressed evolve; struggle is the essence of innovation and of change. This is why good always prevails over bad. The March Against Monsanto has grown beyond my wildest dreams; a few months ago it was just an idea. It has grown into a full blown movement and the people that started it wouldn't be able to stop if they wanted. You see, the people have taken over the March, the decentralization has come in a natural way, an intuitive way. Movements can no longer be over-centralized, as over-centralization is detrimental to any organization, institution, business and government. The new paradigm which is forming will be driven by people who care, not people who care for power. The old idea of inorganic manipulation, which used to be the norm, has fallen to the side in favor of this new movement of information: this new Revolution. Information is spreading in grass-roots, open source fashion, all the old rules are being thrown out.
How the March AgainstMonsanto can and will change the world. The beginning of the Food Revolution.
The March does not and cannot end on May 25, 2013. For many of the participants in the March Against Monsanto, this is their first protest or march that they have ever taken part of. This movement has awakened a very large group of people that care about their food supply and care about other people’s food supply. These courageous marchers have put aside all of their political and ideological differences to stand in solidarity for what is right.

How do we carry on this March Against Monsanto, this new food revolution passed the 25th?
Capture the momentum of this movement and harness it at the local level. Keep your local march network alive and growing.
All of the connections that you are making in your local areas, all of the people you are meeting through the organizing, planning, and marching process must be kept active for this march to have a lasting effect. If we just march on the 25th and nothing more, then the movement ends right then and there. Each event page for each local city is full of great contacts, activists, and people that care. Compile these lists, make email lists, start a newsletter, make a local Facebook page and keep the pressure on to continue this fight. Pass around signup sheets at your local marches to collect emails. Even if you don't have a plan of action for what to do with the emails you compile, put them into a spread sheet and save them until you figure it out. I recommend that once your march is over on Saturday evening that you change the Date of your local Facebook event to 5/24/14; this will keep the event page up and will make it easier to access your local food revolutionaries. Use open source organizing techniques to lower the burden and to keep your local movement decentralized. Using an open platform will make it easier for your local community and activists to add information into your spread sheets, email lists, and other data rich documents. Monsanto is not going away without a fight: They've been around for over 100 years and deeply entrenched in the political establishment of both parties.
Note: I hosted a special radio show on  5/22/13, on The Anti-Media Radio where we went into more depth on all of these fundamental building blocks of the Food Revolution which included a panel of experts from each field I listed in this article. Please listen here here: http://www.youtube.com/watch?v=zjxS7QJbmCY&feature=youtu.be
by Nick Bernabe
TheAnti-Media.org
March Against Monsanto
________________ 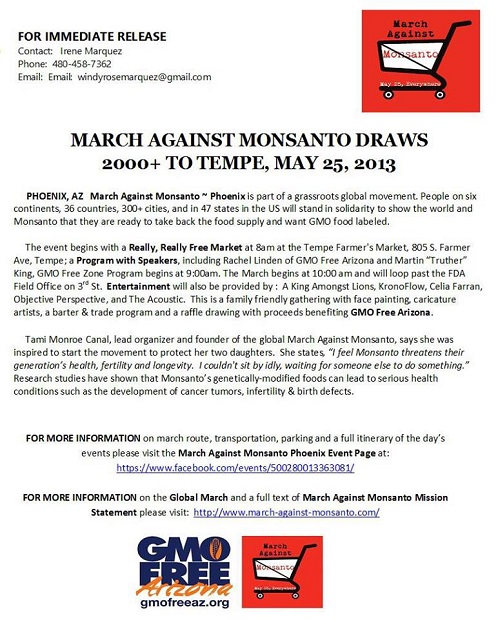