Join-Us | Log-In
Freedom Forum | Translate
Colleen Tweedy (Accountant, Paralegal, Health and Legal Researcher) has been studying Obamacare since before it was law and has actually read the whole thing. We should be very concerned...

Media Type: Audio • Time: 129 Minutes and 0 Secs
Guests: Colleen Tweedy
Topics: Obamacare
Hour 1-3 -- Colleen Tweedy (Accountant, Paralegal, Health and Legal Researcher) has been studying Obamacare since before it was law and has actually read the whole thing. We should be very concerned...  In Studio for 3 hours. 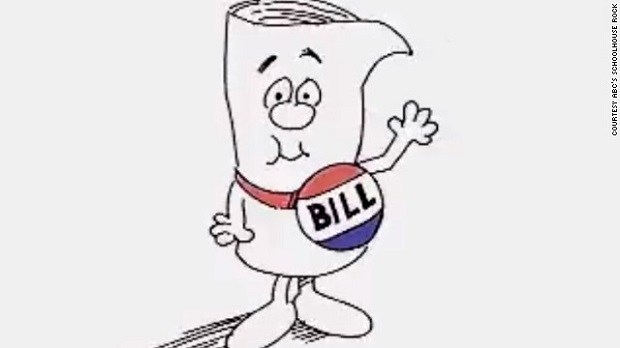 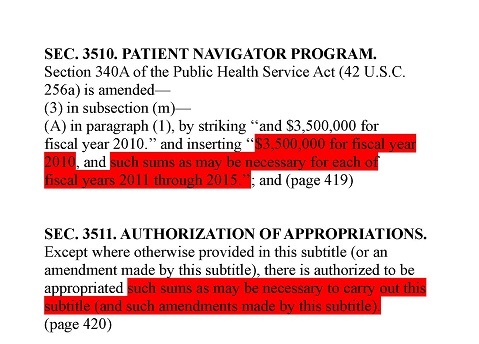 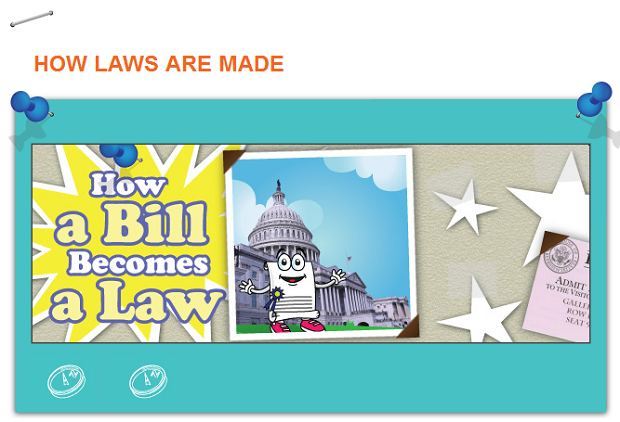 How a Bill Becomes a Law

Laws begin as ideas. These ideas may come from a Representative—or from a citizen like you. Citizens who have ideas for laws can contact their Representatives to discuss their ideas. If the Representatives agree, they research the ideas and write them into bills.

The Bill Is Proposed

The Bill Is Introduced
The Hopper

The Bill Goes to Committee

When the bill reaches committee, the committee members—groups of Representatives who are experts on topics such as agriculture, education, or international relations—review, research, and revise the bill before voting on whether or not to send the bill back to the House floor.

The Bill Is Reported

When the committee has approved a bill, it is sent—or reported—to the House floor. Once reported, a bill is ready to be debated by the U.S. House of Representatives.

The Bill Is Debated

When a bill is debated, Representatives discuss the bill and explain why they agree or disagree with it. Then, a reading clerk reads the bill section by section and the Representatives recommend changes. When all changes have been made, the bill is ready to be voted on.

The Bill Is Voted On
Electronic Voting Machine

There are three methods for voting on a bill in the U.S. House of Representatives:

If a majority of the Representatives say or select yes, the bill passes in the U.S. House of Representatives. The bill is then certified by the Clerk of the House and delivered to the U.S. Senate.

The Bill Is Referred to the Senate

When a bill reaches the U.S. Senate, it goes through many of the same steps it went through in the U.S. House of Representatives. The bill is discussed in a Senate committee and then reported to the Senate floor to be voted on.

Senators vote by voice. Those who support the bill say “yea,” and those who oppose it say “nay.” If a majority of the Senators say “yea,” the bill passes in the U.S. Senate and is ready to go to the President.

The Bill Is Sent to the President

When a bill reaches the President, he has three choices. He can: 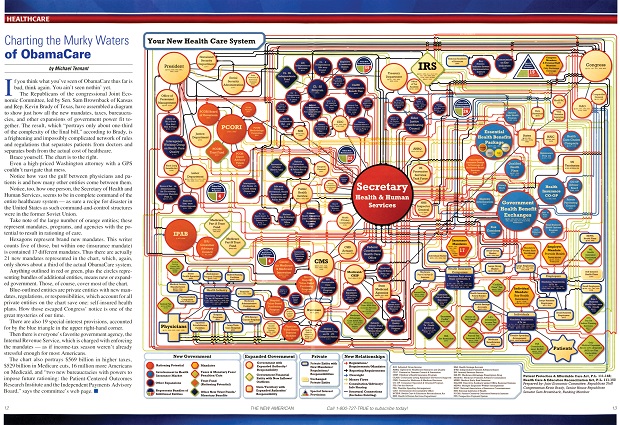 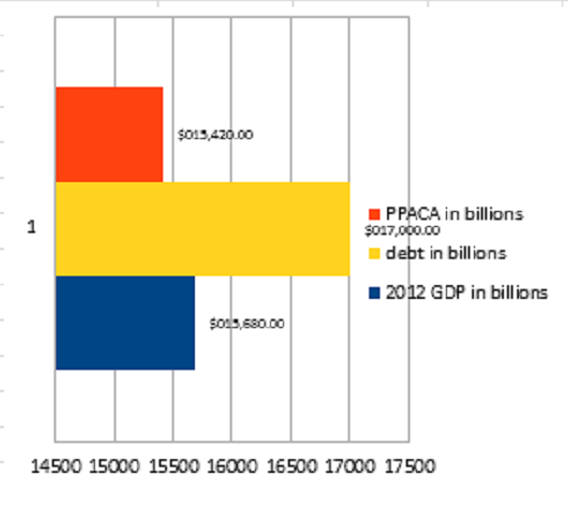 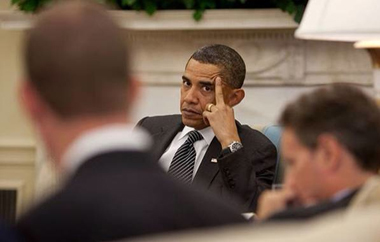 Obama Administration
Charting the Murky Waters of ObamaCare
06-26-2013  •  The New American
If you think what you’ve seen of ObamaCare thus far is bad, think again. You ain’t seen nothin’ yet.

The Republicans of the congressional Joint Economic Committee, led by Sen. Sam Brownback of Kansas and Rep. Kevin Brady of Texas, have assembled a diagram to show just how all the new mandates, taxes, bureaucracies, and other expansions of government power fit together. The result, which “portrays only about one-third of the complexity of the final bill,” according to Brady, is a frightening and impossibly complicated network of rules and regulations that separates patients from doctors and separates both from the actual cost of healthcare.

Brace yourself. Here is the chart:

Even a high-priced Washington attorney with a GPS couldn’t navigate that mess.

Notice how vast the gulf between physicians and patients is and how many other entities come between them.

Notice, too, how one person, the Secretary of Health and Human Services, seems to be in complete command of the entire healthcare system — as sure a recipe for disaster in the United States as such command-and-control structures were in the former Soviet Union.

Even worse, working very closely with the Secretary is the Centers for Medicare and Medicaid Services, headed by none other than the recess-appointed Dr. Donald Berwick. Berwick, as The New American has reported, is enamored of the British National Health Service, believes that a “just, equitable, civilized, and humane” healthcare system “must redistribute wealth,” and openly favors government rationing of care. Is this the guy you want working hand-in-hand with the person in charge of the whole healthcare system?

Take note of the large number of orange entities; these represent mandates, programs, and agencies with the potential to result in rationing of care. Note, too, how many are closely tied to Berwick’s home turf at CMS.

Hexagons represent brand new mandates. This writer counts five of those, but within one (insurance mandate) is contained 17 different mandates. Thus there are actually 21 new mandates represented in the chart, which, again, only shows about a third of the actual ObamaCare system. Imagine how many more mandates may exist in the entire system.

Anything outlined in red or green, plus the circles representing bundles of additional entities, means new or expanded government. Those, of course, cover most of the chart.

Blue-outlined entities are private entities with new mandates, regulations, or responsibilities, which account for all private entities on the chart save one: self-insured health plans. How those escaped Congress’ notice is one of the great mysteries of our time.

There are also 19 special-interest provisions, accounted for by the blue triangle in the upper right-hand corner.

Then there is everyone’s favorite government agency, the Internal Revenue Service, which is charged with enforcing the mandates — as if income-tax season weren’t already stressful enough for most Americans.

The GOP may have drawn up the chart purely for partisan political gain, but it is still a worthwhile service. Perhaps Republicans have even learned a thing or two about the dangers of supposedly well-intentioned legislation from this experience.

The last word on the chart goes to Brady: “For Americans, as well as Congressional Democrats who didn’t bother to read the bill, this first look at the final health care law confirms what many fear, that reform morphed into a monstrosity of new bureaucracies, mandates, taxes and rationing that will drive up health care costs, hurt seniors and force our most intimate health care choices into the hands of Washington bureaucrats. If this is what passes for health care reform in America, then God help us all.”

Phoenix channel 33 Univision came down to FreedomsPhoenix.com studio when they found out that signs were popping up all over the place in Phoenix, Tucson and all over the state of Arizona, they decided to interview the publisher of www.FreedomsPhoenix.com and nationally syndicated talk show host of "Declare Your Independence", Ernest Hancock.


"We are concerned when ever government uses force to inoculate people with anything especially when we claim property rights over our own bodies, anyone that would take a needle and stick it into our flesh against our permission is a bad thing. we wanted to make absolutely certain first responders: Firemen, Police, teachers, those in the medical field we not going to be coerced in any way. From their job, from their promotions, from their status, from their money, by having to get a shot."

"Now we asked the PIO's, Public Information Officers, from phoenix police department, fire department, we talked to the state, we have talked to the mayors office, and we have tried to talk to the city managers office of Phoenix, to give us in writing, a simple statement: That they are not going to coerce first responders into taking this shot. We have yet to get that. Since we can not get a straight answer, that they are going to defend the rights of these individuals from forced inoculations we are doing this. We WILL get an answer."

"They will say things 'well we haven't forced them in the past', 'We don't have plans to do it', or usinfg hedge word like that. But they will not say they will defend individual Arizonans the rights not to have these forced inoculations" 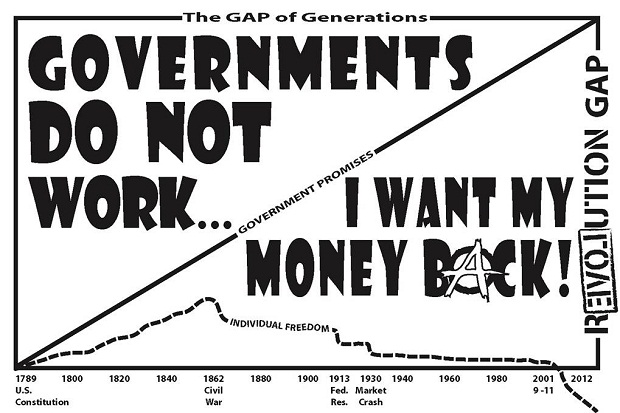