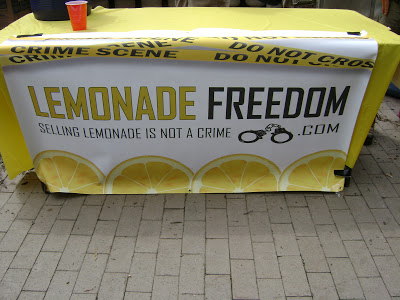 Philadelphia Police Officer attempts to shut down a child run lemonade stand on Lemonade Freedom Day 2013 using threats and intimidation. Activists refuse to allow the stand to be shut down. Later, Philly PD decides to leave them alone.

The Lemonistas strike again! For the third year in a row they've run an illegal lemonade stand selling their refreshing drink. A police officer interrogated and threatened them but in the end did nothing. This happened in Rittenhouse Square in Philadelphia, Pennsylvania, USA. This act of civil disobedience is done to protest the closing of children's lemonade stands around the country. 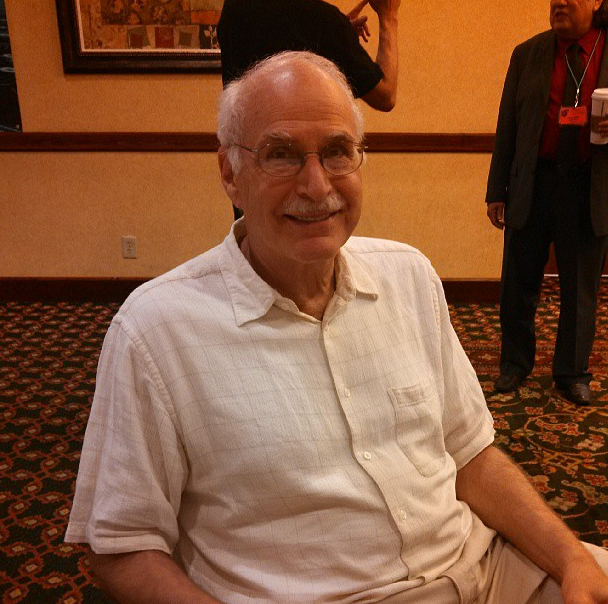 Moray B. King has degrees in Electrical Engineering (B.S.) and Systems Engineering (M.S.) from the University of Pennsylvania. He has been researching zero-point energy since the mid 1970's, and has given numerous presentations and research papers on the topic. He has authored three books (all published by Adventures Unlimited Press):

Recent presentations on how water electrolyzers can coherently interact with the zero-point energy can be downloaded from:
http://peswiki.com/index.php/Video:Water_as_Fuel_(via_ZPE)
Water as Fuel:

While academia has been spurning the topic, hundreds, if not thousands of hobbyists and independent investigators worldwide are working on various electrolysis-like projects which put out more energy than was required to run the electrolysis unit. These pursuits go by various names such as "Brown's gas" and "water fuel cells"; and have various heroes, such as the late Stanley Meyer, and more recently, John Kanzius, who is "burning" salt water using radio frequencies. A number of commercial interests are involved in the research and development of the various approaches as well.

The famous 19th century scientist, Michael Faraday, defined a limit of output energy possible in any standard electrolysis scenario. It is well known in thermodynamics that it takes more energy to dissociate water into hydrogen and oxygen than can be returned when the hydrogen is burned.

But these rogue experimenters of today are reporting output from their set-ups that exceed Faraday's limit many times over, claiming 7x, 10x, or even more, producing as much as one liter of gas per hour using just 1/2 Watt of electricity. The factors that seem to contribute to these effects include using a large number of stainless plates close together, the plates roughed to facilitate releasing the bubbles, driving the cell using square wave, pulsed DC at Kilohertz frequencies, and constantly modifying the frequency to optimize gas production.

Moray King, who has published three seminal books on zero point energy, recently put forth a scientific model in which he suggests that the excess energy being observed in these unusual electrolysis set-ups comes from zero point energy, by producing charged water gas clusters, which somehow achieve a self-organizing criticality that coherently activates and absorbs zero point energy.

The experimental set-ups are typically rather simple, which is leading to a proliferation of the number of people reproducing and working to improve the effect and its consistency to the point where it can be used to serve as a practical, primary energy source -- an energy generator that could operate anywhere there is water. Zero point energy is everywhere in the universe; it is the foundation of the fabric of space. Other groups, such as Xogen Technologies, are using these processes to purify water. These energy sources could actually produce culinary water as a by product.

The day of water power, via zero point energy, is arriving. Welcome to the future.
http://watercell.info (shortcut url for the OS:Water Fuel Cell page here at PESWiki)

Waste to Energy > Video: Waste to Energy -- an Overview (3:01 minutes) - A brief video by PES Network introduces the concept of cost-effectively turning garbage and sewage into energy, either as electricity or as fuel. Addresses methane harvesting, plasma, solar, and catalytic pressureless depolymerization. (PESWiki; Jan. 16, 2008)

Electrolysis > Water Fuel Cell > Overview Video: Water as Fuel (via ZPE) (3 min) - While academia has been spurning the topic, hundreds, if not thousands of hobbyists and independent investigators worldwide are working on various electrolysis-like projects which put out more energy than was required to run the electrolysis unit. (PES Network Video; Aug. 31, 2007)

Nuclear > Nuclear Benefits? v Pure Energy - How green is atomic power? The 1950's "Atoms For Peace" program, plugged by President Eisenhower, asserted that nuclear energy could be used for anything from growing crops to powering your kitchen. Uh...look where that got us! (PES Network Video at YouTube; Sept. 17, 2007)

Gravity Motors > Hall Gravity Wheel B > Douglass K. Furr, Ph.D.'s Replication of Gravity Wheel B Does Not Run - Ultra-precise machining job based on Scott Hall and paddyboytube's wheels, does not self-drive across a flat surface, but decelerates.

Media Type: Audio • Time: 191 Minutes and 0 Secs
Guests: Moray King
Topics: Zero-Point Energy
Hour 3
2013-08-15 Hour 3 Moray King (Video Archive):
At Top of the First & Third Hour Window on this page is the MP3 Play Button... There is an hour of extended conversation with Moray King after the regular show Segments