Join-Us | Log-In
Freedom Forum | Translate
Ernest Hancock and Keith Cyrnek travel from Phoenix to attend the Passport to Freedom 2014 event in Las Vegas put on by Andrew Henderson (Nomad Capitalist) this past weekend where Ernest was a speaker. Click thru for pictures...

Re-Cap of the Passport to Freedom 2014 Event in Las Vegas, NV this past weekend... 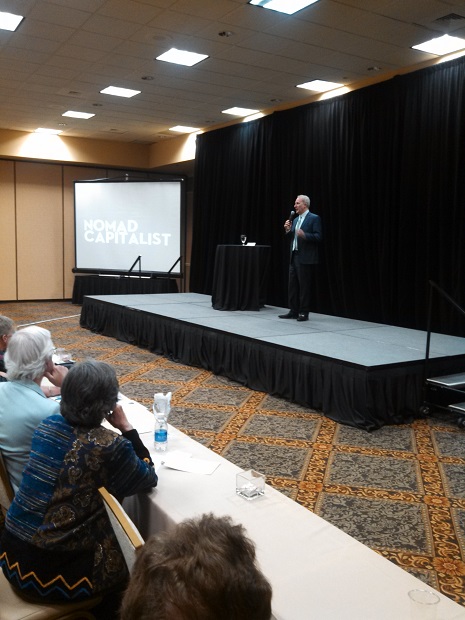 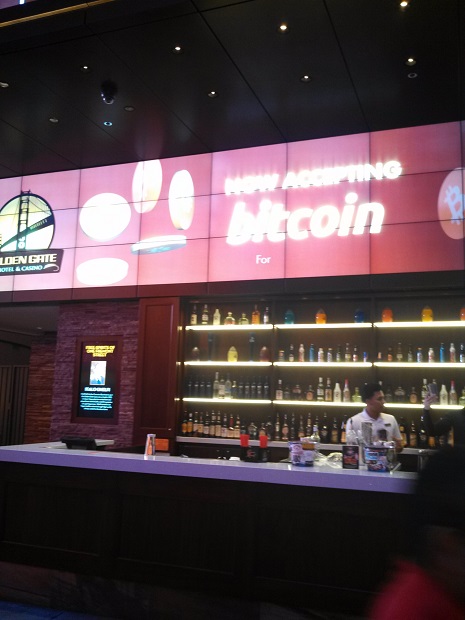 Where the next Bitcoin Parrrtay is certain to be : 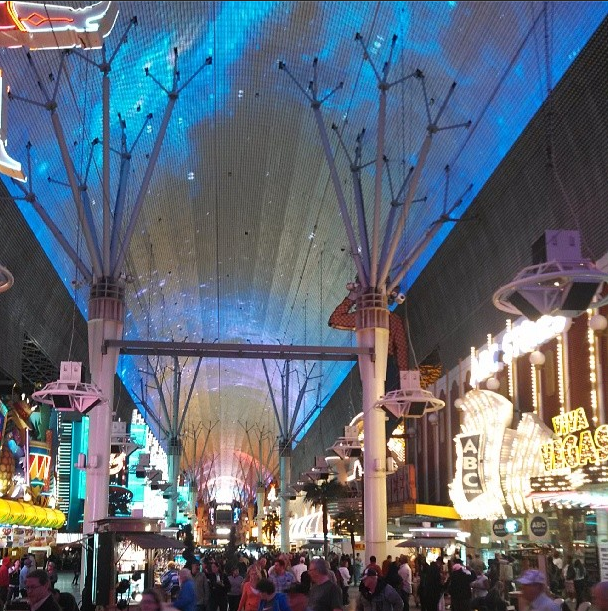 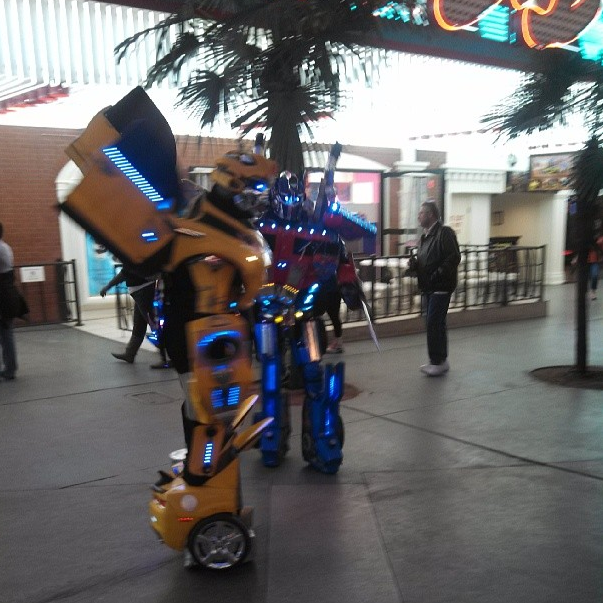 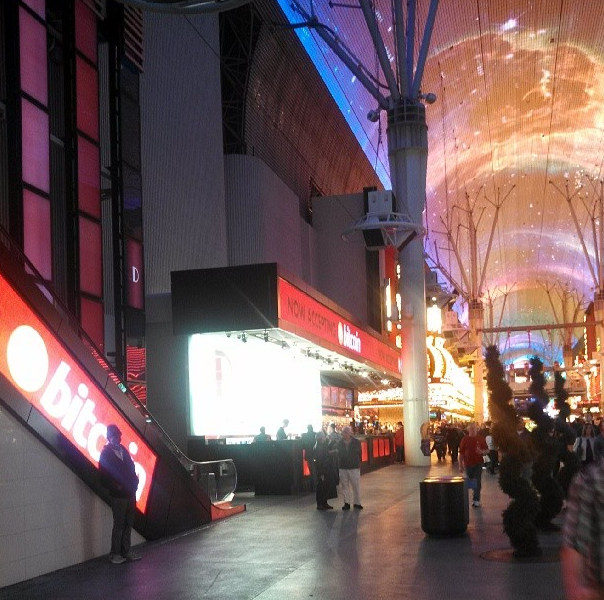 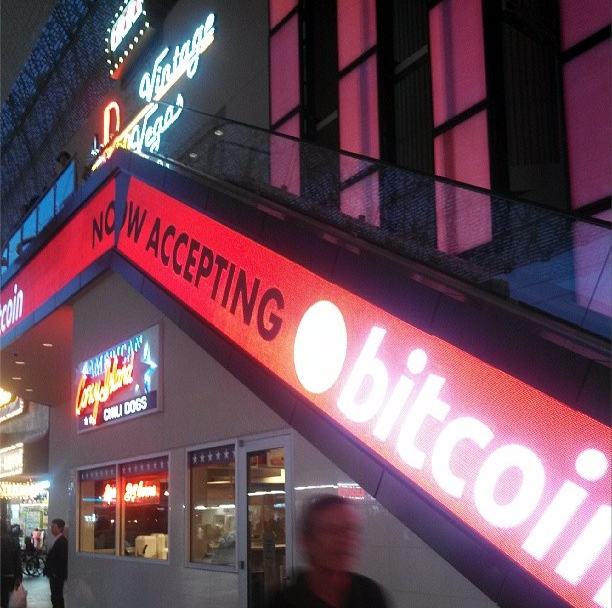 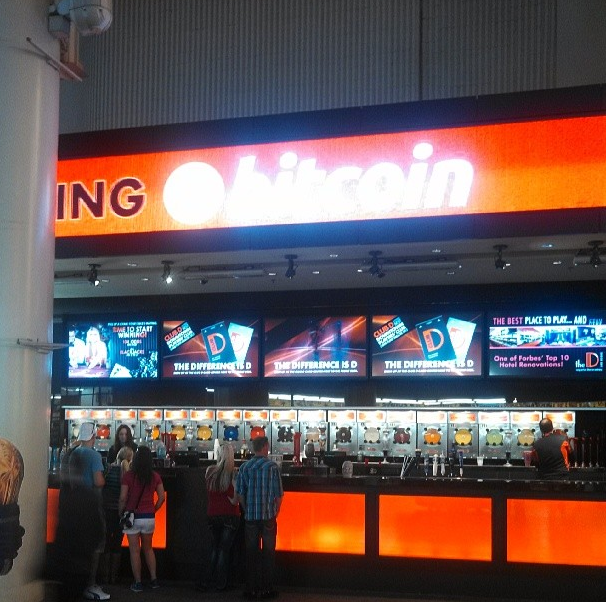 Bitcoin for hat & Keychain at Casino store. Can use Bitcoin for food & drinks, too: 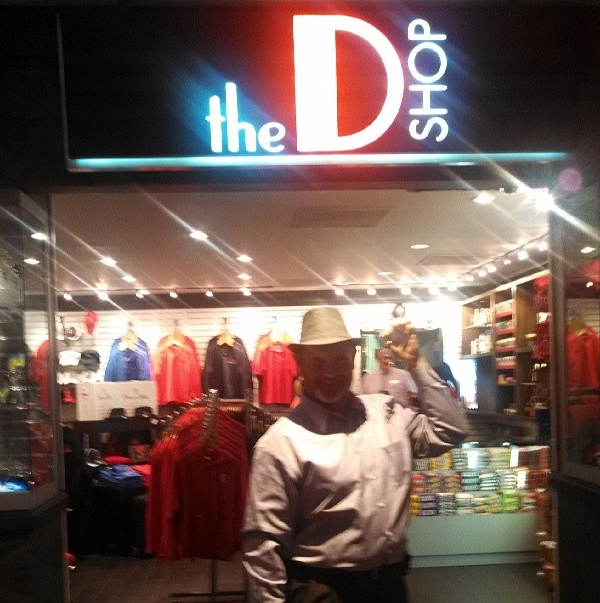 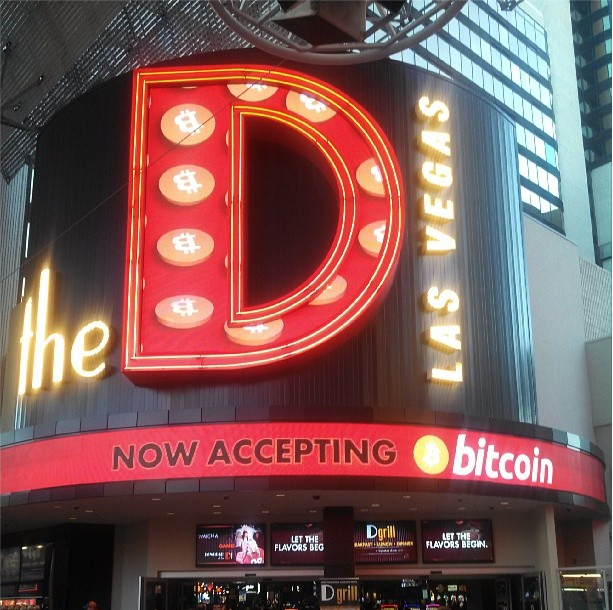 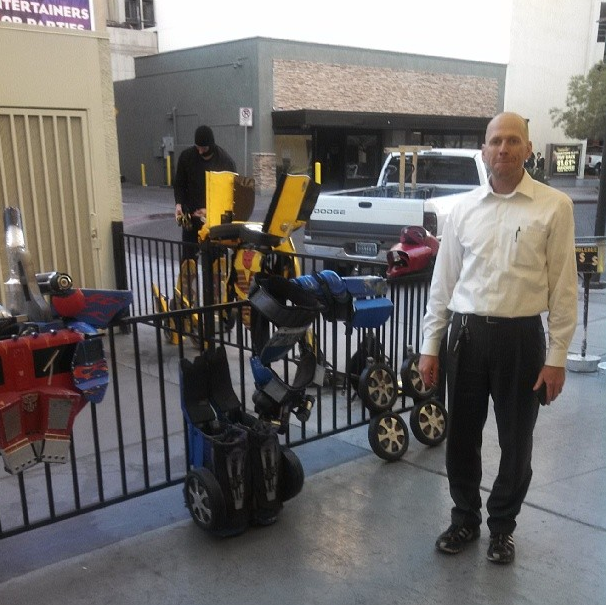 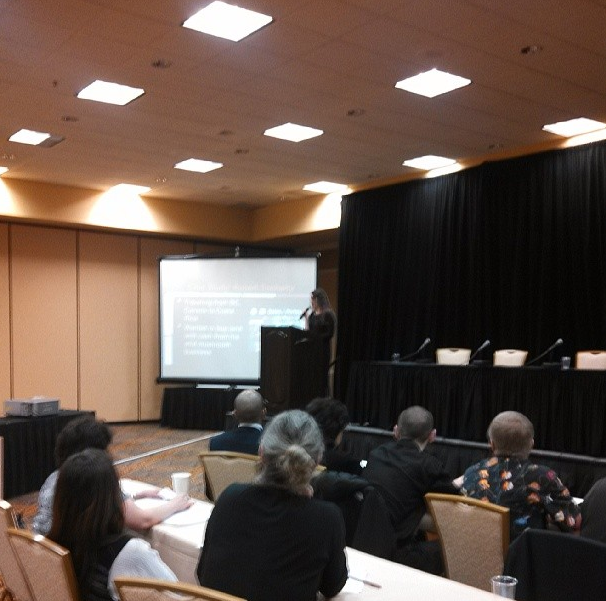 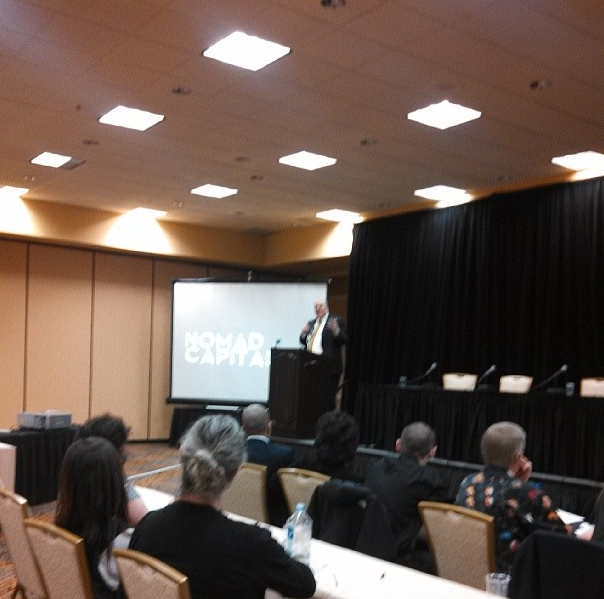 Passport to Freedom event by NomadCapatilist.com: 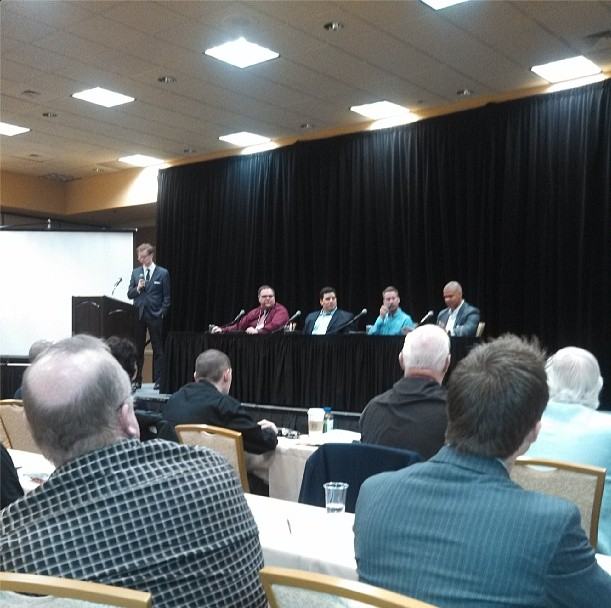 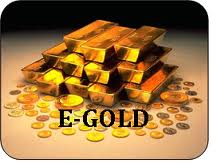 In Gold We Trust (article in Wired Magazine Jan 2002):

From gun-wielding libertarians to radical Muslims, an unlikely global cabal is plotting financial revolution. And they're putting their money where the Web is.

Thirty miles south of Florida's Cape Canaveral lies the town of Melbourne, home to the Action Gun pistol range, where, on a balmy Thursday afternoon, James Ray stands calmly firing round after Glock 9-mm round at a photocopied image of Adolf Hitler. Ray supplied the target himself. He purchased it on the Web site of one of his favorite nonprofit organizations (Jews for the Preservation of Firearms Ownership), and its ideological content is not what you'd call subtle: Against the background of a standard ring target, the Führer stands in full Sieg heil mode, his arm up high and his sternum right in the bull's-eye, above a caption that reads ALL IN FAVOR OF GUN CONTROL RAISE YOUR RIGHT HAND. By the time Ray has had enough of the Glock, the target is nicely perforated. Then he picks up his .44 Magnum hand cannon and blows Adolf pretty much to bits.

Yes, Jim Ray is a gun freak. But as it happens, the purpose of today's visit to the pistol range is not to huff powder fumes or celebrate the Second Amendment. He's here to show that there's a type of money you can believe in without also having to believe in the authority of the state. He's here to offer a glimpse of a world in which wealth resides ultimately not in flimsy pieces of government-issue paper but in rock-solid slabs of $279-an-ounce metal. He's here, in short, to demonstrate the vanguard of monetary technology: a 5,000-year-old form of cash called gold.

Or in this case, e-gold, the world's first 100 percent precious metal-backed Internet currency, with which Ray pays for his outings at the gun range and a lot more besides. The private currency was launched five years ago and is now operated by two separate but tightly linked companies: e-gold Ltd., incorporated in the Caribbean island state of Nevis as a holding company for the system's assets, and Gold & Silver Reserve, headquartered in Melbourne, which takes care of everything else. Both are closely held and managed by e-gold chair Douglas Jackson. In addition, Jackson has forged a partnership with Islamic entrepreneurs to launch e-dinar, which is foreign owned.

Jim Ray works for G&SR as "lead evangelist." He draws his monthly salary in e-gold; each gram sitting in his Web-based account gives him title to a gram of real gold held in vaults in London and the United Arab Emirates. Sometimes he trades his e-gold for e-silver, e-platinum, or e-palladium - the other, far less popular, metal-backed currencies offered in the e-gold system. More often, he trades it for US dollars through G&SR's OmniPay exchange service or one of the couple dozen independent exchange providers who make their living selling e-gold for dollars, marks, yen, and other national currencies at the standard 4 to 6 percent markup over the spot price of gold. But otherwise, he spends the stuff like cash, giving it straight to whoever will take it.

And people do. Ray's .44, his Hitler target, the bullets in his Glock - all were paid for with instant, online transfers to the sellers' e-gold accounts. And when he settles up today at the Action Gun cash register, he'll have this afternoon's $18 shooting fee charged to his tab, which he'll pay in e-gold when he gets back to his desktop. He'll point, he'll click, he'll type in some account numbers and a password and, in the blink of a clock cycle, approximately 2 of the 1.7 million grams of solid gold in the system's reserves - a gleaming hoard of 141 brick-sized ingots - will change owners.

"It's the only foreign currency without a nationality," says e-gold's Jackson. On an average day, his company's clients make 8,600 transactions, trading roughly $1.6 million worth of e-gold for goods, services, and cash worldwide. Those numbers are more than double what they were 18 months ago, and so are most other statistics. As of November, there were 287,965 accounts in the system, up from 134,150 at the beginning of 2001, and the amount of emetal in those accounts, worth more than $16 million, was close to twice what it had been the previous November. In a sector littered with the corpses of failed online currencies and other exotic emoney systems - Beenz, Flooz, DigiCash, CyberCash, CyberCent - e-gold is quietly thriving.

Ray calls it "the little payment system that could" - the operative word, of course, being little. The company's financials ($5.47 million in revenue; 114,000 funded accounts) are Popsicle-stand caliber compared with the figures posted by emoney media darling PayPal, with its $80 million to $100 million in revenue and its 10 million customers. But with fewer than two dozen employees and a marketing budget close to zero, Jackson's corporate structure runs lean and, as of the summer of 2000, profitable. The company finally got its first competitors in 2001 - GoldMoney, E-Bullion, 3PGold, OSGold - attracted to the gold-backed digital currency space by low barriers to entry and the smell of black ink.

The product's appeal? "Fundamentals," says Ray. For online consumers, especially those making international purchases, e-gold offers an ease of use and a degree of anonymity that credit cards can't match. And for some merchants, of course, the only selling point e-gold needs is that there are people who want to spend it. After a German customer inquired about e-gold, Vince Lee, president of TealPoint Software, added the payment option. "It's not a big part of our business," admits Lee, whose company is probably the largest of the couple hundred mostly mom-and-pop operations that take e-gold online. "But in this climate, you can't really afford to turn any customers away."

Freedom's Phoenix Headline News
On ErnestHancock.Com where Ernest has his old radio show archives (from 2003-2008), we used to take E-Gold (and may still do so...we will find out):
(You can click on the image to go to the webpage): 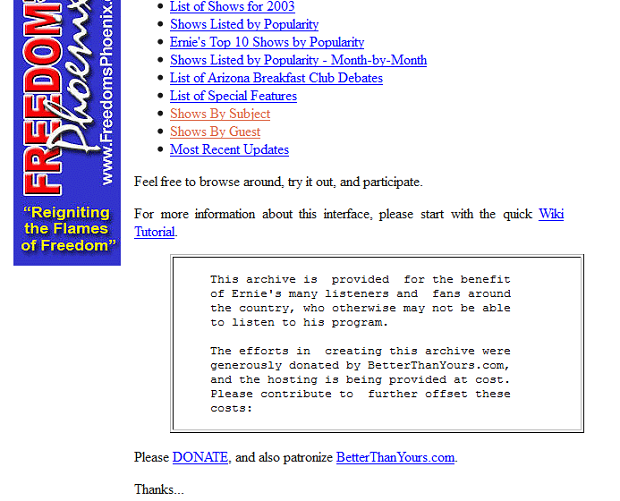 
(You can click on this image to go to the webpage): 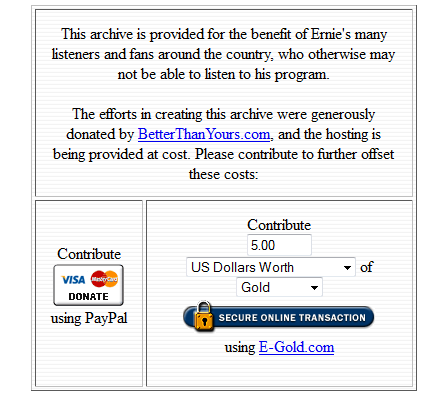 News Link • Intelligence: Use and Abuse