Join-Us | Log-In
Freedom Forum | Translate
Chris Duane (Don't Tread On Me; SilverShield) on precious metals, Bitcoin, and predictions for the future - Ademo Freeman (CopBlock.Org) provides us an update on his wiretapping retrial (despite already having served his sentence)

Hour 3 -- Ademo Freeman (CopBlock.Org) provides us an update on his wiretapping retrial (despite already having served his sentence) 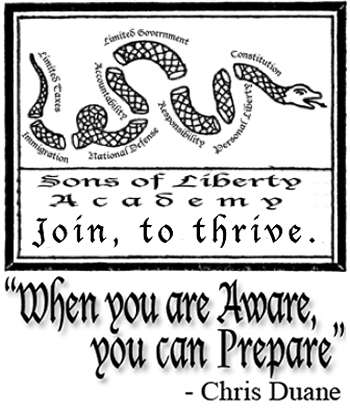 Co-Founder of CopBlock.Org
Here is an update on Ademo:
Cop Block Co-Founder, Ademo Freeman, Preps for Wiretapping Retrial Despite Having Served Sentence

“Wow, I can’t believe this is happening again.”

That was Adam “Ademo Freeman” Mueller’s first thought when he learned last month that he was being retried on wiretapping charges stemming from an attempt to hold New Hampshire public officials accountable in 2011.

The Cop Block co-founder had already served three months in jail when a lawyer appealed the conviction and had it reversed earlier this year because of improper jury instruction from the judge.

Judge Kenneth Brown had instructed the jurors to determine whether Mueller had “purposely” violated New Hampshire’s wiretapping law when he called police and school officials seeking comment about an incident caught on video showing a school cop beating a student.

The law requires the court prove he “willfully” violated the law by calling public officials. The difference, explained below, can be fully explored in the opinion:

Mueller had always maintained that public officials do not have an expectation of privacy when conversing on public phone lines with the general public, so it is difficult to prove he willfully recorded the public officials, knowing he was violating the law in doing so.

Nevertheless, Hillsborough County District Attorney Michael Valentine, the same prosecutor from before, insists on taking it to trial again rather than choosing not to refile.

The trial is scheduled for July 14 before the same judge.

This is what Mueller had to say about it on Cop Block:

Some might call this double jeopardy, while (some) lawyers claim the system is working as it should and many think Michael (the DA) would be insane to go through with this second trial. Yet, having spent enough time with Michael I feel comfortable saying that he’s not a man of principle, has little to no interested in doing what’s right and probably has no say how far this case goes. Why? Because he’s just an errand boy.

Nevertheless, this won’t be the same trial it was the first time around. I’m done playing in the state’s playground with their lopsided rules and lack of common sense. Nope, I (and many others) have already shown that a court room is the last place you’ll find justice in this world. So even if Michael doesn’t snap out of his puppet controlled life and simply drop the charges, Brandon and I will work to end this case quickly.

And it should be very interesting, considering the state’s hand is exposed (they have to prove my state of mind per the Supreme Court Ruling) and one of the three witnesses is now a FORMER state employee. Yep, the principle (Mary Ellen McGorry) resigned after a secrete investigation. I’d also be willing to bet that she isn’t the same witness, willing to appease her former state employed colleagues, as she was when taking the stand against me in our first trial.

It all started in 2011 when a student at West High School in Manchester was slammed into a lunchroom table by school resource officer Darren Murphy over a prank the student had played on his own sister. The event was captured on camera by a fellow student.

Frank Harrington, the student that got face-planted, was suspended. Mueller then called the Manchester Police Department and the school to seeking comment on the altercation. He also video recorded the telephone conversations and posted the video online. That action led to him being charged with three felony counts of wiretapping under the New Hampshire statute, facing a maximum of 21 years in a cage.

In the summer of 2012, Mueller represented himself in court in a jury trial. Even though the state had just passed a law allowing jurors to be informed of jury nullification, he was still found guilty, receiving  a four-year sentence, all of it suspended except for the three months he spent in jail.

“Jails weren’t built to house people who report on public officials using force against other people,” Mueller told PINAC last week following his arraignment, during which he was placed under $10,000 personal recognizance bond.

“I’ve already been to jail for these insane charges,” he wrote at Cop Block. “The idea of going back to jail for the same ‘crime/charges’ literally makes me sick to my stomach.”

Since his release, Mueller has mostly taken a break from in-the-streets activism. There was a series of incidents  where he confronted two Laconia, New Hampshire police officers about parking on private property. The first drove off without saying anything. The second heard him out and left after a brief conversation. Another video shows Mueller stopping to question yet another officer about being on private property early one morning.

Mueller says that Ross, who is working pro-bono, has already filed a motion to dismiss and “is gearing up for whatever the state can throw his way.”

He says he thinks his chances this time around are “pretty good” if logic prevails. But added, “if the state is merely trying to make an example out of me then I think I’m going back to a cage. Only time will tell”

Despite his adventures in legal land surrounding this case, when asked if he would do it all over again, Mueller answered simply, “Sure would.”