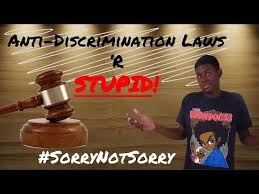 Are You A Dumb Ass Or MAD AS HELL!

(Publisher: Are we there yet?)


The wall-to-wall coverage of the disintegration of Iraq ought to carry this credit: This bloodshed was made possible by the generosity of British and French imperialists.

The stomach-wrenching violence in Iraq — not to mention the horrendous civil war in Syria, the chronic unrest in Palestine/Israel, and problems elsewhere in the Middle East — are direct consequences of the imperialist acts of the British and French governments at the end of World War I, the history-altering catastrophe that began 100 years ago this August 4.

The story has been told many times. The government of Great Britain wanted to disrupt the Ottoman Empire's ability to help Germany and the Austro-Hungarian empire in the Great War. So the British dispatched personnel, most famously T.E. Lawrence (Lawrence of Arabia), to persuade the Arab leaders to revolt against the Turks, in return for which they would gain their independence in (roughly) the Levant (what today is Israel/Palestine, Jordan, Syria), Mesopotamia (Iraq), and the Arabian Peninsula. The Arab leadership agreed and proceeded to obstruct the Turks' war efforts.

In the 1915–16 correspondence between the British High Commissioner in Cairo, Sir Henry McMahon, and Arab leader Hussein bin Ali, McMahon acknowledged Hussein's demand for independence in most of the Levant (Palestine included) and the Arabian peninsula:

Subject to the above modifications, Great Britain is prepared to recognize and support the independence of the Arabs in all the regions within the limits demanded by the Sherif of Mecca [Hussein].

McMahon did not give a blanket guarantee; he excluded western parts of the Levant (Lebanon) in favor of French interests and declared that

With regard to … Bagdad [sic] and Basra [in Iraq], the Arabs will recognise that the established position and interests of Great Britain necessitate special administrative arrangements in order to secure these territories from foreign aggression, to promote the welfare of the local populations and to safeguard our mutual economic interests.

Boyle, who has worked with Paul Findley (key author of the War Powers Resolution and a leader in securing its enactment by overriding the veto of President Richard Nixon) for years, is a professor at the University of Illinois College of Law and author of Tackling America's Toughest Questions. He said today: "This could escalate in any number of ways -- exactly what the War Powers Resolution was supposed to stop. It's not legitimate for the president -- or members of Congress -- to make arrangements that violate the Constitution and the War Powers Resolution. Obama just stated that the 300 U.S. troops would be doing training, but CNN reports his spokesperson Jay Carney stated they would also 'provide airfield management security and logistic support.' Does this mean that they will become the required forward air controllers for the targeted and precise military action that Obama says he is preparing? If the U.S. is going to target ISIS, will it be limited to Iraq or will it eventually go into Syria?"