My interest in what is now called "libertarian" thinking was kindled in college in the late 1950s. There was no coherent philosophy by that name in those years, but I found myself attracted to such thinkers as John Locke, John Stuart Mill, the Stoics, and very much annoyed by the likes of Thomas Hobbes, Karl Marx, and my undergrad study of "economics" taught by a prominent Keynesian. While in law school, I began my study of genuine economics with Prof. Aaron Director, and began my focused and energized inquiry into the kinds of ideas later to be described as "libertarianism."

After graduating from law school in 1961, I began to more deeply explore possibilities that lay before me. My introduction to libertarian thought and behavior probably began with Leonard Read. My first job was a political one, as my interest in Barry Goldwater led me into the trap of thinking that political systems could be reformed from within. In a period of two to three years, I pursued an interest in the writings of Ayn Rand, Robert LeFevre, and others who helped to give shape to an emerging philosophy of peace and liberty. I even took a graduate philosophy course in Marxism, taught by a man who was, perhaps, the most highly-regarded Marxist thinker at the time (and who was also one of the best teachers I have ever encountered).

Proponents of the CIA's torture program try to justify its horrific means, Hasan Minhaj defends America's awesomeness, and Suki Kim discusses "Without You, There Is No Us." (21:27) 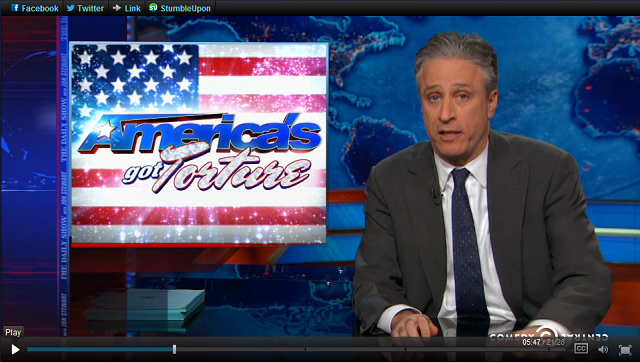 American business people who were in Libya since January 2007. They share their experiences in what is really going on with the power struggle, petro-dollar vs. dinar, and what they saw

James and JoAnne Moriarty's previous interview on the Declare Your Independence with Ernest Hancock Radio Show...