Watch Live on Next News Network

I have a vision of this world, where individuals have the intellectual self-defense skills necessary to discern fact from fiction, to have the confidence in their own habits of learning to rise to any challenge, and for the consistent use of objective reality as the measure of truth, by which freedom and liberty are again popularized beyond pragmatic views of profit above people. The art which I create is focused around the axis of providing components which stimulate learning. I believe that I am neither above, nor below, and that in objective reality we are all equal... to Think, or not to Think, to Learn or Not to Learn... the answers to those questions can produce an amazing world. Learning's the Answer, What's the Question?

In 2003, I filed for federal whistleblower protection under the Sarbanes-Oxley Act of 2002. In 2006, I released a 2-hour public disclosure via mp3 titled Project Constellation: A Message to the Future of America. What may have sounded like conspiracy "theories" in 2006 (Data-Mining and Spying on Citizens, The Planning of Financial Catastrophes, NSA/Google, and Corporate Media partaking in the demolition of our civil liberties), proves today to be relevant and verifiable historical facts related by me within my public disclosure via Project Constellation, and evident in my continued productions ever since.

If you're not yet familiar with my body of work, in addition to the description below, I've included a juicy list of links from which to select a point of entry.

Together with my wife*, Lisa, I have assembled a multitude of relevant and meaningful components which enable individuals to strengthen their intellectual self-defense skills, and empower their sense of Cognitive Liberty. By the way, I used the * beside the word wife, b/c we're not officially blessed by the state (i.e. no license to be married). Ernie says with a smile and a chuckle, "Hey brother, after 11 years... Lisa's your wife. Get over it."

In 2013, the media we produced reached audiences in 174 countries via Tragedy and Hope.com (not including our YouTube Channel's reach). The overall message being composed and distributed by Tragedy and Hope demonstrably appeals to individuals at a level beyond that of politics, nationality, race, or religion.

All of our media projects are free of commercial advertising and are funded by individuals within our online research community. Tragedy and Hope is named after a 1966 history text which was suppressed until 2004.

Since 2006, I've published podcasts as one of many methods of offering up relevant research and substantial artifacts of history to my audience. Currently I've produced over 500 hours of educational media, where the audience is at the helm while I navigate and help them discover some of the hidden sights of history on the landscape. Peace Revolution is my current ongoing project; it's consistently ranked #1 in the category of "higher education" (i.e. beyond collegiate level). Peace Revolution is commercial free, and published free to the public, since 2009.

The Peace Revolution Podcast acts as a virtual classroom for adults, designed to point out and provide useful resources and information pertaining to history, philosophy, economics, politics, and other subjects; to enable individuals to act responsibly and attain life, liberty, and happiness. Each episode contains a subject of study essential to a comprehensive understanding of reality; all of which is focused on providing you with the history, context, references, and the various methods and tools, so that you can learn for yourself, that which public schools cannot afford to provide.

We film our video series, "History... So It Doesn't Repeat" in studio 3, which was specifically constructed for the production of this series, over 2 seasons. Through the first 20 episodes, we interviewed individuals whose work pertained to the documentary films we're creating, giving the audience a more in-depth treatment of the research than can be presented within the confines of feature-length documentary films. We feel it's important that after screening our documentary films, the audience has the chance to explore more in depth, which allows us to share the primary documents, sources, and resources which we use to produce our educational content.

Featured in all of my productions is is the "History Blueprint" which is created using the Personal Brain software, it forms a non-linear, non-finite, autodidactic (i.e. self-learning) paradigm, which un-restricts the mind, and un-limits our learned helplessness in the face of the unknown. It allows individuals to begin learning the basic metaphysics (i.e. objective reality) and epistemology (i.e. the words we use to describe reality to ourselves and each other), and thus become intellectually aware of that which exists, and intellectually armed with methods and tools through which to transform confusion into knowledge, fear into confidence, and belief into understanding.
By learning how to learn anything for yourself through the History Blueprint, an individual can make college obsolete, and discover that learning can be a habit which on a regular basis is truly rewarding.

Tragedy and Hope's purpose is to enable individuals to research and form groups of independent thinkers to solve humanity's most pressing problems, by identifying the etiology (study of the cause-and-effect origins) and thus understanding our way toward the solutions we seek.

Tragedy and Hope's form and function (free to the public) enables hundreds-of-thousands of people around the world, to experience open-source education without upper-limits, and it is therein where the solutions are discovered- by making the problems truly known and understood at a root-cause level.

Tragedy and Hope creates, produces, and publishes educational content to help adults understand the world they live in and thereby, develop true self-confidence and serenity of mind; our content focuses on history, philosophy, economics, anthropology, science, communications, and every topic which pertains to learning how to survive and thrive in this world.

Tragedy and Hope is funded by those who tune-in to our productions, and the members of the Tragedy and Hope online critical thinking and research community, who subscribe after witnessing the value provided, and voluntarily deciding to contribute in a way to ensure we can continue producing educational media with integrity and consistency. Sacrifice the Tragedy, Preserve the Hope.

What we produce is a function of the generosity of our Audience, and without Subscribers; we would be Artists without the means to communicate... for without your support, the technology, research, and equipment necessary to produce independent media (without commercials or commercial sponsors) would be unattainable.

What the corporate media labels as "impossible", Tragedy and Hope does with ease and efficiency; and being that we're willing to do that which others will not even try... it's worth making your acquaintance and asking for your support, because you might just be one of the few who recognize the value in what we're doing.

With your support, you enable us to continue doing what we're doing without having to sacrifice our integrity or compromise our media creations; and in return You get more than you're paying for.

One Sentence Summary: The storyline encapsulates the history of "The Downfall of American Intelligence", juxtaposing the themes of corruption of both the individual's capacity to identify truth and America's crumbling intelligence establishment; the audience realizes that lies being believed (and not recognized as lies, i.e. the Dunning-Kruger effect) is the root-cause of America's learned helplessness, and unwitting influence under a multi-generational blanket of deception.

Why I'm producing this project: I BELIEVE THAT FREEDOM AND LIBERTY ARE WORTH PRESERVING, and I want to do MORE than just Hope. I can envision a world not based on slavery, black markets, and widespread deception as our highest standards. I know that the key to my success revolves around how I deal with failure (delayed success): I get up, think about what just happened, I learn from it, brush myself off, and I keep moving forward.

Our Goal for this Fundraiser:

For those who appreciate the rare instance of candidness mixed with a bit of brevity: Lisa and I produce educational media, published commercial-free, and offered free to the public. Recently, in addition to the need to fund our current film project, the house we've been renting, which also doubles as the HQ and studio-area for TragedyandHope.com , is going to be sold.

Needless to say, such a situation can be stressful, as we've been waiting until we had enough monthly/yearly subscribers to our online learning & research community to avail us of the freedom to find a suitable location. Ernie and Donna suggested that we formulate a fundraiser to bridge the gap between where we are now, and where we need to go in order to continue providing value to liberty-minded individuals around the planet.

An Interview I did with Larken Rose: https://www.youtube.com/watch?v=ApMNKGT6eE8

A film about my 2003 whistleblowing experiences titled "20/20 Hindsight: Censorship on the Frontline": https://www.youtube.com/playlist?list=PLmmQ8peduhsrOZRY60viw216OFCAzP9Un

A playlist of my interviews on tv, internet, and radio: https://www.youtube.com/playlist?list=PLmmQ8peduhsqGHV00WZ3GaOwpMOA0WiVc

A playlist of my video series "History... So It Doesn?t Repeat": https://www.youtube.com/playlist?list=PLmmQ8peduhspYv4j-Cj6zppAO75vDP-_t

A playlist of my filmed interview with John Taylor Gatto, titled "The Ultimate History Lesson" (How and Why Our Children are Being Dumbed Down) https://www.youtube.com/playlist?list=PL463AA90FD04EC7A2

A playlist for a film I co-wrote titled "State of Mind: The Psychology of Control", including the supporting research interviews: https://www.youtube.com/playlist?list=PLmmQ8peduhsoaTpJELl6a9P-tU5NyCSym

A playlist for a seminar which I filmed & produced for Mark Passio titled "Natural Law: The Real Law of Attraction" https://www.youtube.com/playlist?list=PLmmQ8peduhspG_tetBNkjqeY7TPToZo-1 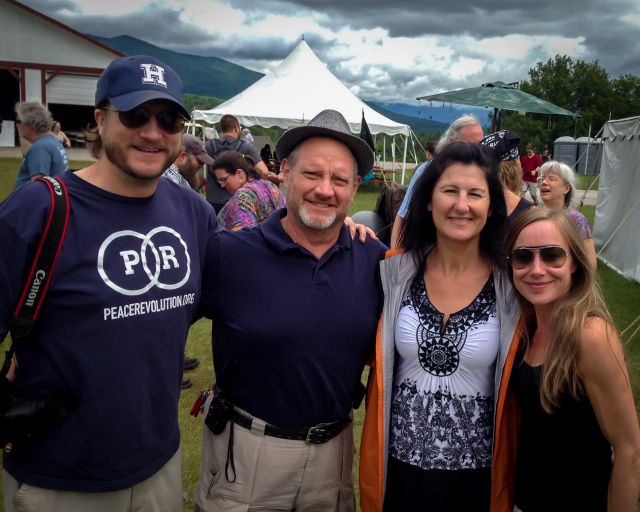 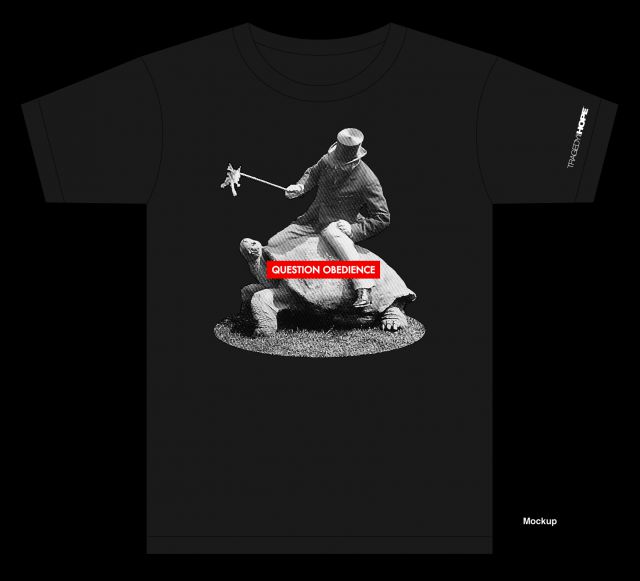 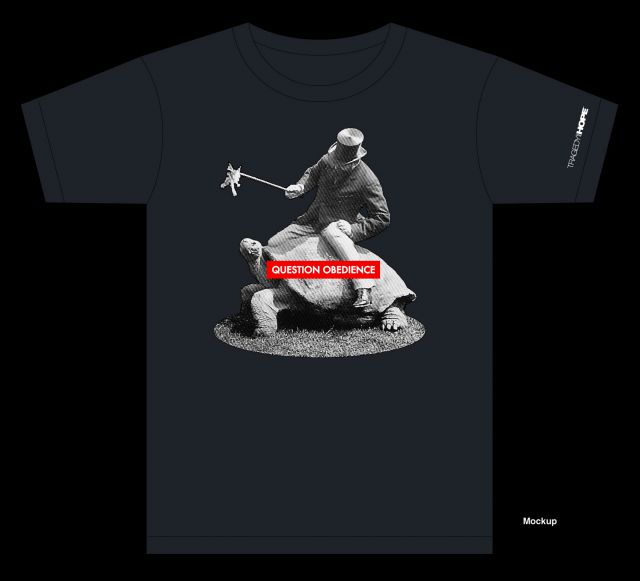 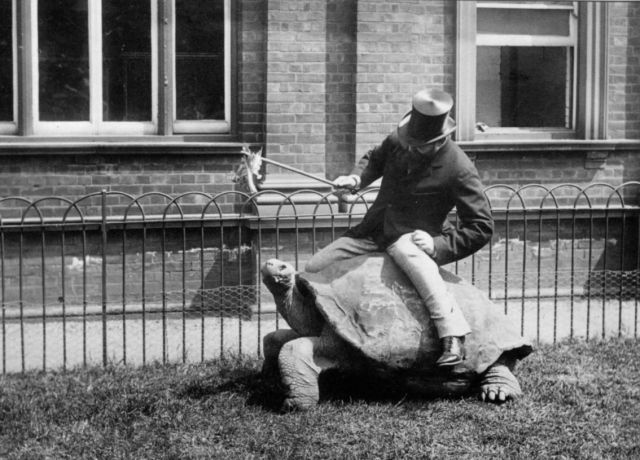 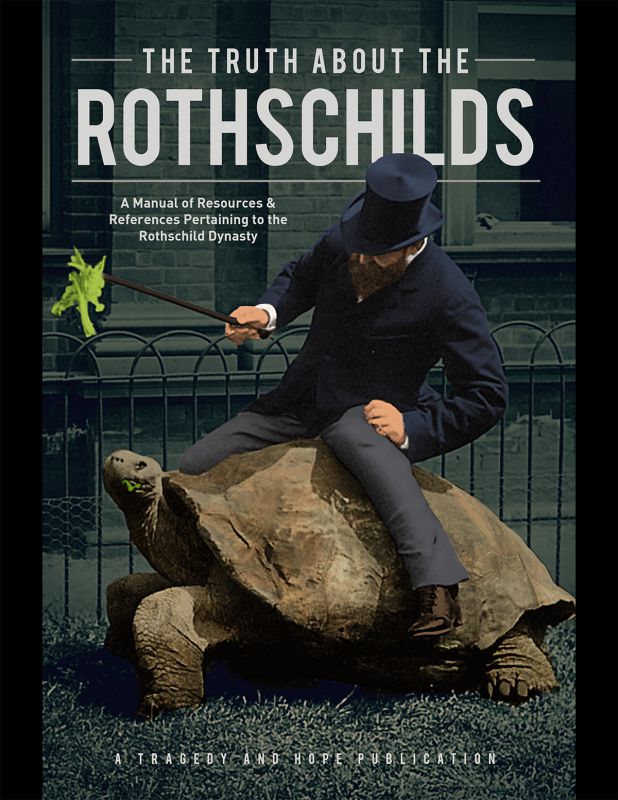