Host of The Common Sense Show In my article this morning, I stated that Americans are war weary and when the anger related to the tragic death of Kayla Mueller subsides, Americans will resist supporting the commitment that World War III will require of all us in terms of labor, capital and the sacrifice of personal liberties. And make no mistake about it, the coming war is not about Kayla Mueller as a war is never about the death of one person.

When American forces pursue ISIS into Syria, Putin will respond in force. Putin has previously threatened to nuke the United States if it invaded Syria in violation of international law. Syria is critical to the Russians on a number of fronts.  For a complete explanation of the dynamics related to Putin's threat and the Federal Reserve's overt strategy to invade Iran and how Syria factors into this equation, please click here. This is the beginning of World War III.

Through the 20th century, America has been a nation which has jailed war protesters in ever-increasing numbers (e.g. World War I, internment of Japanese-American CITIZENS in World War II, and of course during the Vietnam where deadly force was even used at Kent State in 1970). Even Lincoln jailed citizens and journalists who have dared to object to the draft during the Civil War.

History Will Soon Repeat Itself

America is about to engage in the same behavior of citizen subjugation in preparation for a coming war. Only this time, protesting will not be permitted and protesters will be "dealt with". Along these lines, I am in receipt of the following which is very troublesome:

"SAN FRANCISCO — President Obama will announce a new executive order on the sharing of cybersecurity threats and information at Friday's cybersecurity summit at Stanford University, the White House said.

Most importantly to Silicon Valley, the president's proposal is expected to cement the role of the Department of Homeland Security, rather than the National Security Agency, as the government lead for information-sharing with the private sector."

One of my colleagues in the media sent me the press release. Within 15 minutes, I had two very high level confirmations of what this meant. One of the sources is a high ranking government official with oversight responsibilities and the other is an ex-military intelligence asset with multiple and strong connections to dissident military types serving today. However, this is a story that writes itself. I really do not need unnamed sources in order to demonstrate where this is likely headed. The President's intention to transfer intelligence information on American citizens from the NSA to the DHS is both ominous and the purpose is self-evident. My sources simply serve to reinforce the obvious intent. Also, this information is beginning to leak out in the independent media.

Anyone who has read my articles over the past two years knows that I have obtained information that the NSA's massive data mining of every person is inextricably tied to creating a Threat Matrix Score for each and every American based on key word analyses of their cell phone conversations, emails, social media statements, etc. Also, a "known associates" file is maintained to determine the amount social reach a potential dissident has. For example, the bigger their reading audience or listening audience or Facebook following, the higher a person's Threat Matrix Score.

This is Old News

Visionaries such as Steve Quayle and Doug Hagmann have been warning us for decades about the creation of a so-called "Red List". The Red List is a modern-day interpretation of Nixon "Enemies list". However, what is happening today is much more nefarious. The "Red List" is a "dissident removal list" and it will be conducted with extreme prejudice.

The people who have referred to such lists and those brave enough to expose them, as "fear-mongers", may soon change their tune. After reading this article, these people are going to have a little harder time sleeping tonight.

Why Is Obama Transferring Intelligence Gathering on American Citizens from the NSA to the DHS?

This is the $64 million dollar question. When the NSA gathers information on Dave Hodges, the information may be shared with the Fusion Threat Centers and various domestic law enforcement agencies. However, the NSA's intelligence is not immediately actionable. For NSA intelligence to be acted upon, a second generation set of agencies have to be involved. This is cumbersome and slow. Who are the bullets for?

Who has the ability to oversee intelligence gathering and simultaneously act upon the intelligence? It is none other than the Department of Homeland Security. It is also the DHS that has, in the past two years, acquired 2.2 billion rounds of ammunition as well as 2700 armored personnel carriers, not the NSA. It is clear that DHS is the army of the central bankers who have hijacked our government and they are preparing to remove dissidents.

Keep in mind that this coming war is a war to preserve the Petrodollar and it will be waged at all costs. All opposition will be eliminated.

The optimistic part of me would like to believe that this transfer of power is only about streamlining our war on terror, then I am reminded who started al Qaeda and ISIS.

Through several conversations I have had in the 45 minutes prior to writing this article, I have learned the following:

There are two programs designed to round up people who are viewed as a danger to the status quo. The two operations are labeled "Operation BOA", as in boa constrictor, and "Operation Lightening". I have some operational details, but at this point they are still sketchy. Suffice it to say that Operation Lightening is the 3AM round up of all perceived dissident journalists and even some local politicians. This will be accomplished on a single night of terror. Operation BOA is a more deliberate process and will focus on more non-media threats such as outspoken veterans, gun rights activists, etc.

There Will Be No Martial Law Declaration

There is no definitive timeframe for this announcement. Logic would dictate that it will come in close proximity to launching new ground operations in the Middle East against the CIA created ISIS.

What Can Be Done?

There is no need for you to be concerned about what you say on Twitter, Facebook, on the phone or in print, that ship has already sailed. You already have a Threat Matrix Score and that score could eventually hold very significant consequences for you and your family.

Can anything be done? Probably not. However, the only thing that I think that may actually back up the enforcement of this plan is if enough people express awareness and outrage as to these violations of our 4th and 5th Amendment rights. As I wrote about in this morning's article, this actionable intelligence will be supported by the NDAA and Executive Order 13603 which involves civilian round-ups (NDAA) and civilian conscription (EO 13603).

In the interest of self-preservation, it would be a good idea to circulate this article and the dozens that will certainly follow on this topic.

How many people do we have to reach? The magic number needed to enact significant social change is 10% according to social psychology research. That means we have a short window to head this off. 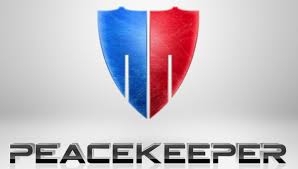 The Peacekeeper emergency response app helps you protect your home and community.

Create networks of friends and family to guard your neighborhood from fire, theft, medical emergencies, and more!

Peacekeeper is free, you can't afford not to use it! What are you waiting for?

Establish Peacekeeper Tribes across the globe.

Distribute and facilitate Training and education.

Foster Trust and goodwill among the community.

We are dedicated to building and implementing systems and tools that will bring peace, security, and freedom to neighborhoods around the world. 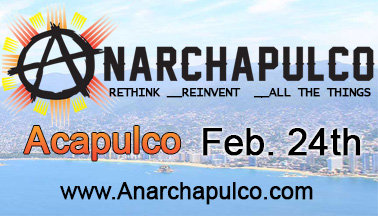 Anarchapulco is the first international anarchist/anarcho-capitalist conference of its type and will be held in the freest city in North America, Acapulco, Mexico from February 24th to March 1st, 2015 at the Copacabana Hotel on the beach.  Our vision is to take freedom and anarchy to the next level and that means holding events in much freer areas like Acapulco.  The event will be a mix of music, speakers, panels, parties and educational opportunities including an entrepreneurship bootcamp hosted by Exosphere to help prepare the next generation of ancaps, Luke Rudkowski's "Change Media University" and Dayna Martin's workshop on peaceful parenting and unschooling.  Already confirmed is anarchist rapper, Rob Hustle (famous for his track, "This Is What Happens When You Call The Cops"), libertarian songbird Tatiana Moroz, Neema V and countless other artists and cutting edge anarchist speakers and activists.

Stay tuned to our website as we confirm more amazing anarchists from around the world who you can rub shoulders with and trade with bitcoin as we celebrate the success of the anarchist movement and plan future world non-domination plans to effect change to bring about a world full of peace and prosperity by moving past the anachronistic state. 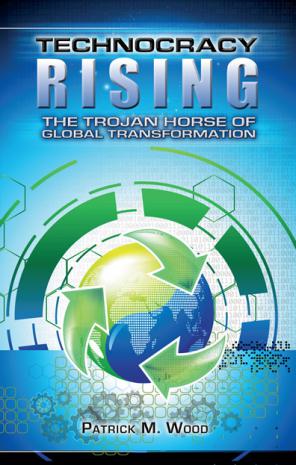 America desperately needs to have a national discussion on Technocracy and all its implications. That's why I am organizing the first-ever National Town Hall on Technocracy for Sunday, March 1, 2015 @ 12:00pm, and you are invited to attend.

All related topics will be on the table: Agenda 21, Sustainable Development, Common Core, Smart Grid, etc.

The most important thing is, "Finding ways to dislodge Technocrats from our government and reversing their draconian, freedom-killing policies." Yes, we can. Indeed, we must. Click the link below to RSVP.

Please tell others about this Town Hall. When you RSVP, additional details and instructions on the program and venue will be sent as the event date draws near.

p.s. If you don't have your own copy of Technocracy Rising: The Trojan Horse of Global Transformation, just click this link and order it now!

LINKS TO TOPICS DISCUSSED ON THE SHOW:

Proposed Constitution for the Newstates of America

HUMANCENTiPAD from Phantomas on Vimeo. 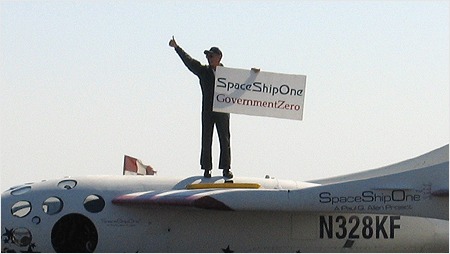