Hour 3 -- Jacob Hornberger (founder and president of The Future of Freedom Foundation) on America's wars and rumors of wars...

Pure Liberal Fire is a book of philosophical and cultural commentary and analysis. It features 99 fiery and succinct essays on historical and current issues. It's written from the perspective of "pure liberalism" -- a vivid and radical alternative to the philosophy of right-wing, pre-modernist conservatism and left-wing, post-modernist progressivism. 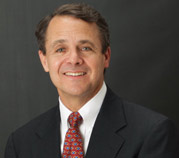 Founder and President of the Future of Freedom Foundation

Would a Bigger Police State Win the Drug War?

Most everyone would agree that China is not a free society. It is ruled by a brutal communist regime, one that has absolutely no regard for civil liberties and such criminal-justice principles as due process of law, trial by jury, right to counsel, and habeas corpus. When the state wants to go after someone, there are no institutional barriers ...Read more

Lead Us Into Temptation, Evil, and Death

Every Sunday American Christians go to church and pray The Lord's Prayer, which includes the following plea: "Lead us not into temptation but deliver us from evil." The rest of the week, many of these same Christians then proceed to support a governmental program that not only leads people into temptation and evil but also brings with it death, ...Read more

Some Levity at the State Department Over Venezuela

A couple of weeks ago, State Department spokesperson Jen Psaki brought a bit of levity to a press briefing on the ongoing crisis in Venezuela, specifically regarding Venezuelan President Nicolas Maduro's accusation that the U.S. government was involved in an attempted military coup attempt in that country. Here's the pertinent exchange during the briefing: Question: President Maduro last night ...Read more

ISIS and the National Security Scam

U.S. national-security officials are scratching their heads over the decision by young people from around the world to join ISIS. Totally befuddled, U.S. officials just don't understand why anyone would do such a thing. At the same time, of course, hardly any American is traveling to Iraq to fight on the other side — the anti-ISIS side — by joining ...Read more

The official enemy de jour that has everyone all riled up and scared is ISIS. If U.S. forces don't bomb ISIS, the argument goes, ISIS will take over Iraq, and Syria, and Lebanon, and Europe, and Asia, and Latin America, and then the United States. If the bombs don't fall on ISIS, before long Americans will be speaking Arabic ...Read more

Fox News conservative commentator Bill O'Reilly is in hot water over a matter relating to Lee Harvey Oswald, the accused assassin of President John F. Kennedy. News media on the Internet are abuzz over allegations that O'Reilly fibbed about an episode relating to a man named George de Mohrenschildt, a Dallas conservative. The controversy couldn't have come at a ...Read more

The War State at 99 Cents

I often receive unsolicited books from authors. When I do, I quickly thumb through the table of contents and if it grabs my attention, I peruse the book. I can usually tell very quickly whether it is the type of book that I wish to read or that should be reviewed by The Future of Freedom Foundation. A little over ...Read more

Twenty-five year old Terry Gillenwater will not be holding up any more pharmacies. That's because he was shot dead while committing an armed robbery at the Good Family Pharmacy in Pinch, West Virginia. Gillenwater entered the pharmacy wearing a mask, pulled out a gun, and aimed it at the people behind the counter. What he didn't know was one of ...Read more