Hour 2 -- Marc J. Victor - Last night Marc debated the Maricopa County Attorney Bill Montgomery on the DRUG WAR - Marc comes on in the last segment of the hour and through the breaks - www.AttorneyforFreedom.com 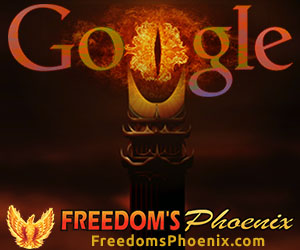 Update: After channels of communication were opened as a result of this article on Gawker, Google contacted us and said they would be restoring our ads.

However, Friday morning I received another demand to remove content from our site. Google has decided this page must be removed.

We have no intention of letting Google dictate our editorial policies.

On 3/18/15 we received a note from Google Adsense informing us that all ads for our site had been disabled. Why? Because of this page showing the horrific abusescommitted by U.S. troops in Iraq at Abu Ghraib.

This page has been up for 11 years. During all that time Google Adsense has been running ads on our site – but as Washington gets ready to re-invade Iraq, and in bombing, killing, and abusing more civilians, they suddenly decide that their "anti-violence" policy, which prohibits "disturbing material," prohibits any depiction of violence committed by the U.S. government and paid for with your tax dollars. This page is the third-most-visited page in our history, getting over 2 million page views since it was posted.

Just two days ago Google suspended Antiwar.com's Adsense account after citing a violation of its violence policy. The violation was from a non-functioning advertisement code embedded in a 11 year old blog post showing photos of torture and abuse from the Abu Ghraib military prison in Iraq. In a post yesterday from gawker.com, Google admitted to acting hastily by not providing a 72 hour warning of the violation. The email from the Google representative went on to indicate that the response from the Antiwar community was loud and heard by Google staff but that they still preferred to communicate via snail mail (what, no faith in your own products?). Antiwar.com has no plans to remove the images from its site and even after Google's attempted apology, Antiwar is unsure if they will restore their service or move on to other offers.

In the case of the photos in question, it was important that the public got a chance to see the horrific torture this government is capable of in the name of "freedom". But they are really grotesque photos and instead of highlighting the ugliness of war, we here at Bitcoin Not Bombs would like to encourage a more pro-peace response to Google's shenanigans and are now launching a #DontExposeEvil image contest.

Friday March 20th marks the anniversary of the initial invasion of Iraq in 2003 and for the next 31 day we are accepting pro-peace memes and images highlighting an end to illegal occupations and US imperialism. The contest is open to anyone who thinks they can best capture a pro peace message as an internet meme. The deadline for submissions is midnight (EST) April 20th, 2015 and the images will be judged by Antiwar staff with input from the contest sponsors and Bitcoin Not Bombs. Feel free to include this campaign's hash tag #DontExposeEvil and Antiwar.com's bitcoin QR code but they are NOT required. All that we ask is that you aim to send as positive a message as you can. Please send your entry to "DontExposeEvil (at) Bitcoin Not Bombs (dot) com"

Runner-ups: Top 5 will receive 0.1 Bitcoin. Judged by the You Me and BTC Podcast team. YouMeandBTC.com

Would you like to contribute to the prize pool or make a donation to Antiwar.com and be recognized? please contact us.

If you're just not the artist type you can support this effort by sharing the images and blog posts with your friends and family or donate directly to Antiwar.com with the QR code below. 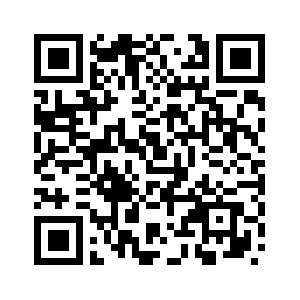 [UPDATED BELOW] Since 2006, the venerable libertarian anti-interventionist website AntiWar.com has hosted uncensored photos of abuses committed by United States troops at the Abu Ghraib prison in Iraq. You can see them here. On Wednesday morning, AntiWar.com received an automated email from Google explaining that the site was being suspended from Google's AdSense ad network, because that page violates AdSense policy. Either Google is incorrectly enforcing its own policies, or their policies do not allow for controversial — but clearly and objectively newsworthy — content.

March 20 Update: Just when Google was about to resume serving ads to AntiWar.com, the site received another notice claiming that another page was in violation. This one didn't feature Abu Ghraib photos at all, but rather an Associated Press photo of corpses in Donetsk. (Warning: That link, as you can probably guess, is very graphic.) While it is understandable that Google would rather not serve ads next to corpse photos, this presents something of a challenge for a site that is, as its name might hint, dedicated to opposing war, in large part because war involves the production of a great many corpses. AntiWar.com has run probably hundreds of similar photos over the years, and Eric Garris compared finding each one of them the site has ever published, for the purposes of removing AdSense code from each one, post-by-post, to "playing whack-a-mole." If AdSense is too squeamish for any and all graphic but newsworthy content, it's hard to see how it can work for publishers of independent journalism. The rest of this post continues as originally published (and updated).

BTW - Google Images Search term Abu Grhaib elicits these pictures, which are way worse than anything AntiWar.Com had on their sight...

Last Segment of Show - Marc J. Victor - Last night Marc debated the Maricopa County Attorney Bill Montgomery on the DRUG WAR - Marc comes on in the last segment of the hour and through the breaks - www.AttorneyforFreedom.com

President of the Nestmann Group LLC