Tone has been working on Wall Street for almost 10 years starting as a risk analyst at Bear Stearns and later becoming a VP at JP Morgan Chase in the aftermath of the financial crisis. His expertise is in Economic Trends, Trading and Risk Analysis. Ever since getting involved in Crypto Currencies in early 2013 he has been very active in spreading the relevance and importance of this technology to people looking to better understand the current financial system. He is the Head or Research at BraveNewCoin where you can find his latest work after previously writing at CoinTelegraph. Tone still attempts to maintain his personal blog LibertyLifeTrail focused on sound economics, privacy, free-thinking and adventurous travel.

Bob's previous interviews on the Declare Your Independence with Ernest Hancock Radio Show:

Update on Bundy Ranch, and the hearing this past week in Nevada on AB 408

Ammon Bundy (son of Cliven Bundy) on why supporting NEVADA BILL AB408 is important and how you can help... 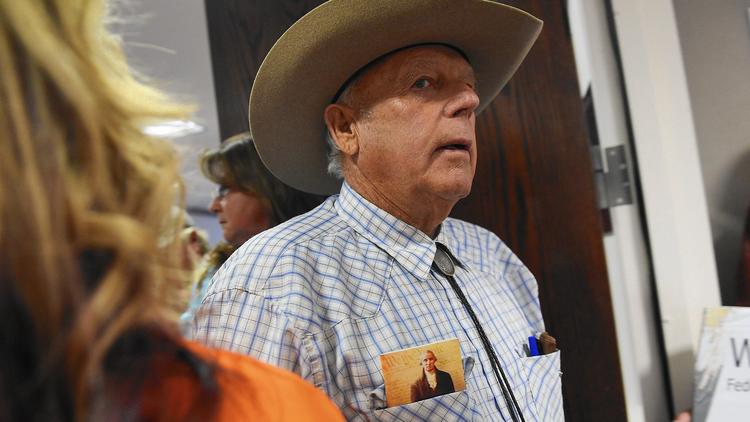 Nevada rancher Cliven Bundy arrives at the state Capitol in Carson City to add his voice in support of AB 408, which challenges the U.S. government's authority over the state's public lands. (Jason Bean / Reno Gazette-Journal)

Hey, if Mr. Smith can go to Washington, then, by golly, Mr. Bundy can go to Carson City — to air out his plain-spoken concerns on how the federal government's britches have just gotten too big, with a reach so suffocating it threatens to smother the constitutional health of this Western state.

And so here he was, this stubborn 69-year-old cowboy, whose armed standoff last year with the Bureau of Land Management over grazing rights on federally administered public lands almost led to violence. But this time Bundy's supporters left their guns at home.

The rancher led a busload of blue-collar followers from Las Vegas to swarm a hearing to discuss legislation calling for Washington to release its stranglehold on 85% of the land in this arid state and allow local residents greater access to fish, hike and hunt there. And in Bundy's case, run his cattle free of charge there.

"For too long, we've allowed the federal government to run over us like we're nothing," he told supporters. "Well, we're not gonna be nothing no more."

At issue is Nevada's AB 408, introduced by Republican state Assemblywoman Michele Fiore. It's the latest of a slew of anti-Uncle Sam bills put forth across the West that have caught the attention of land and water advocacy groups.

Ammon's previous interviews on the Declare Your Independence with Ernest Hancock Radio Show:

The 5 Best Linux PDF Editors You Should Try