Hour 1 -- Derek Liu (CEO and Founder of Homing Systems, whose product is AlwaysHome) comes on the show to talk about their Kickstarter Campaign

Founder and CEO of Homing Systems - their product is 'AlwaysHome', a dongle device that enables remote access to content and your home or office network, crossing firewalls and geo-blocking limitations

Watch Netflix in China, Hulu in Europe, HBO in Brazil 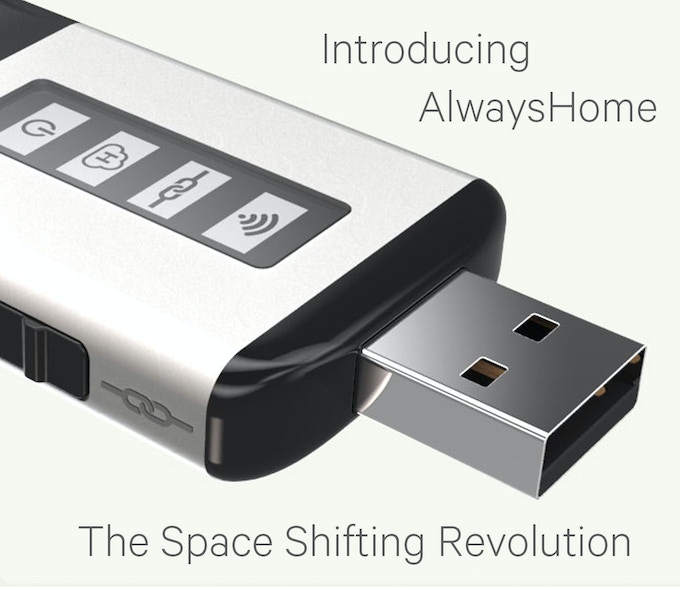 If you're a veteran overseas traveler or going abroad for the first time, you'll experience this bitter disappointment after a long day of business meetings or tourism:

You arrive at your hotel, open your device to relax and binge watch your favorite series onNetflix, Hulu or HBO, only to find "Access Denied" for the country you're in.

Suddenly you're faced with mundane alternatives like reading a book or watching incomprehensible local television on the hotel set. 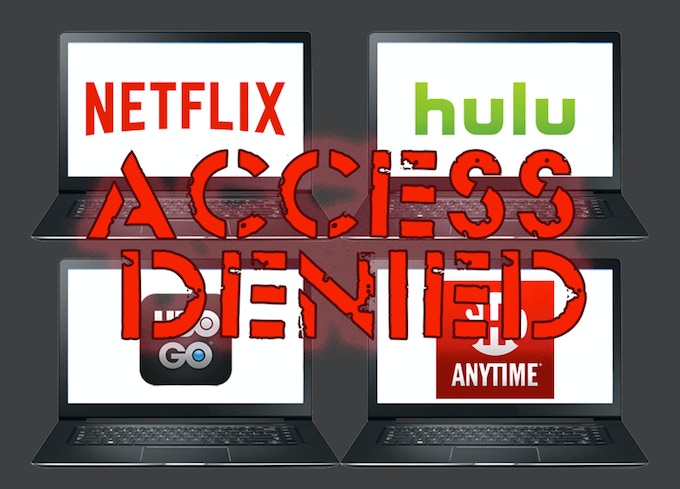 In Asia, Europe, South America, Australia, Africa? A big NOPE on getting your content! 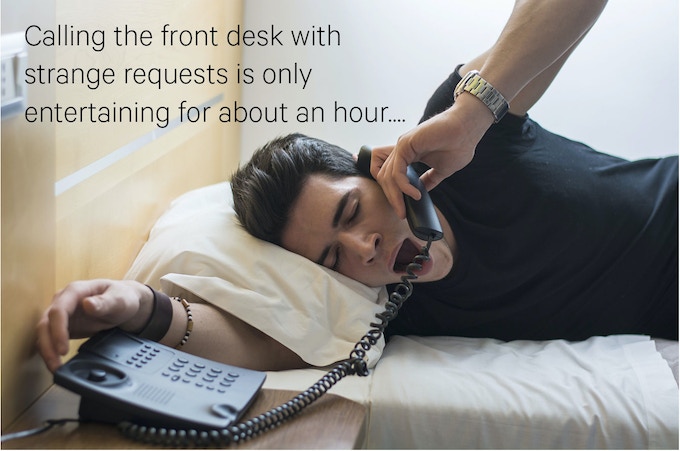 Hello, I think my TV needs an oil change

AlwaysHome is a ridiculously simple to set up system that allows you to appear to be browsing the Internet from your very own living room or office (with access to your private network) anywhere in the world.

It's an alternative to complicated VPN setups that's blazing fast – between 3-10 times faster depending on where you're galavanting around the globe! 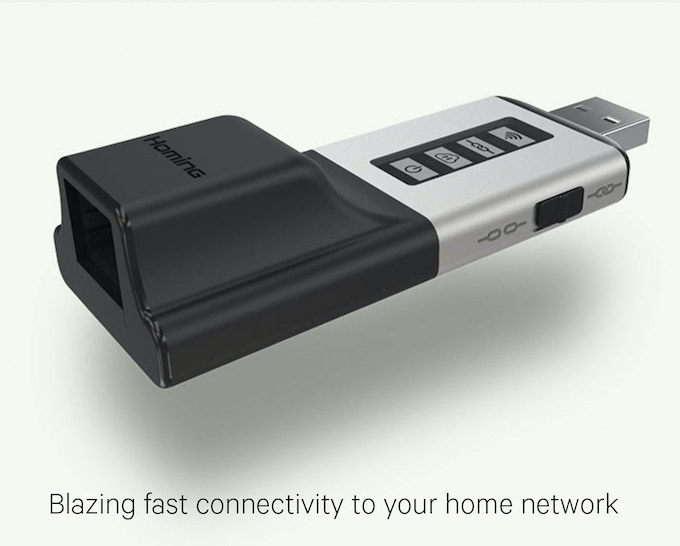 Supports all WiFi enabled devices such as Apple TV, Chromecast and Xbox

Who Should Buy It...

AlwaysHome is a practical solution for anyone abroad who needs access to content in their home country... 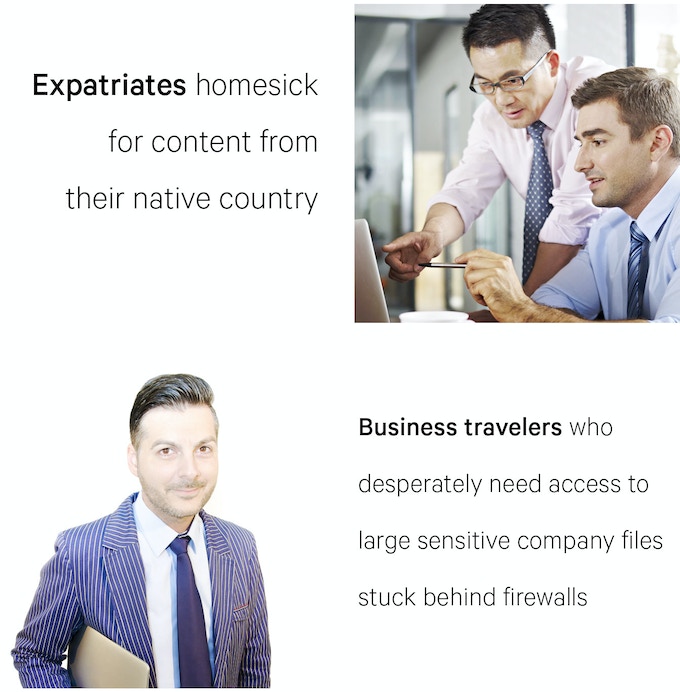 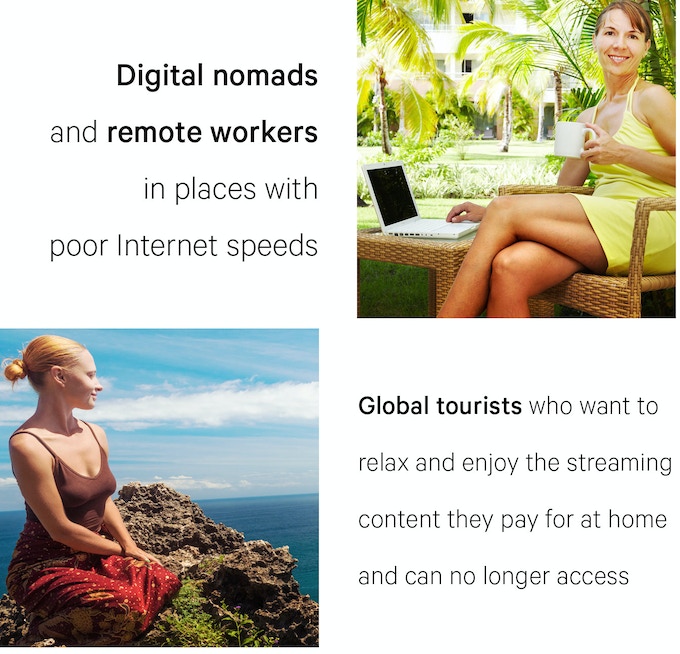 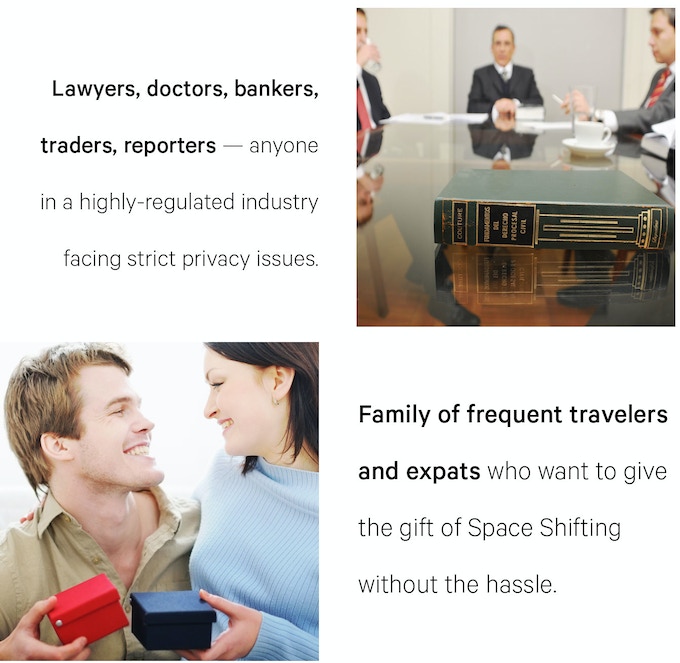 Set it up in seconds, not hours

Secure AlwaysHome provides an overlay over the public WiFi using a secure tunnel from one dongle to the other. 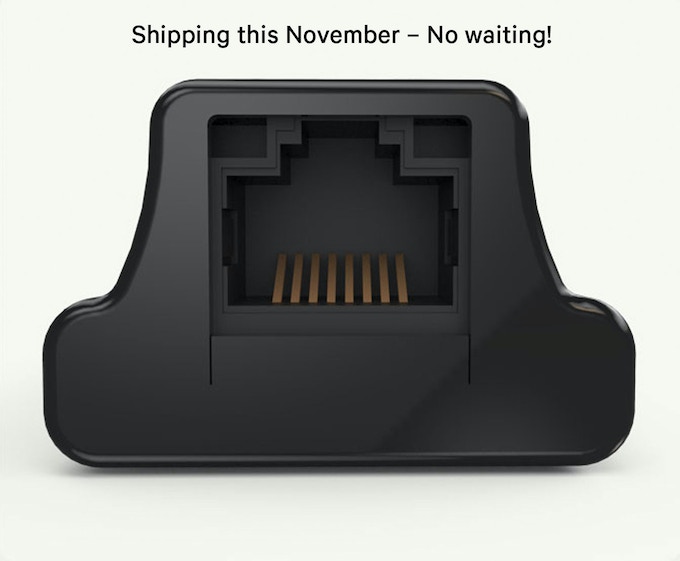 The Aluminium Duo features two USB dongles, and a subscription to our cloud services, allowing you to space-shift to any local network behind a firewall or blocked by geo-blocking systems.

1) Once the two dongles are setup, an auto-communication between the two is triggered in our cloud infrastructure.

2) Our cloud securely authenticates the dongles and then direct them to connect to each other.

3) The dongles will then establish a secure, accelerated connection between them.

If establishing a direct link is not possible, the cloud may be used as a medium to piggyback data traffic between the two dongles. This is done transparently and seamlessly so that there are no disruptions in the user experience.

A layer of WAN (Wide Area Network) Optimization is also implemented based on a proprietary data transfer protocol between the two dongles. It is much faster than standard TCP, especially over long distance and long latency network, such as the Internet between San Francisco and Shanghai. In our reality test, an average 3 to 10 times network throughput improvement is achieved on cross pacific data transfers. 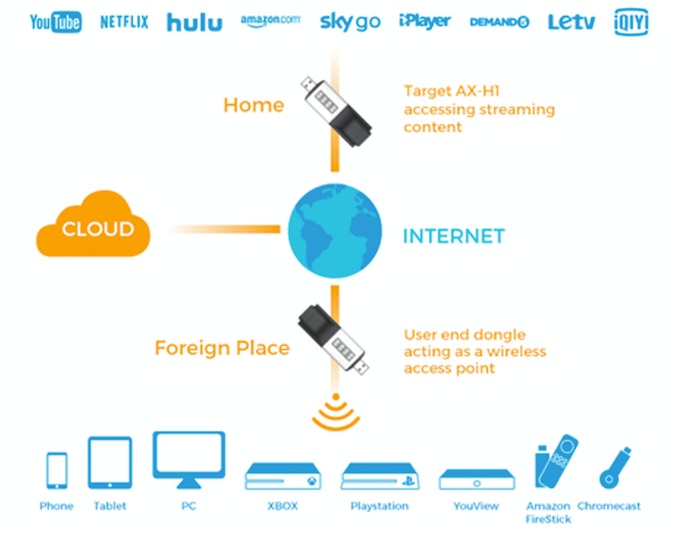 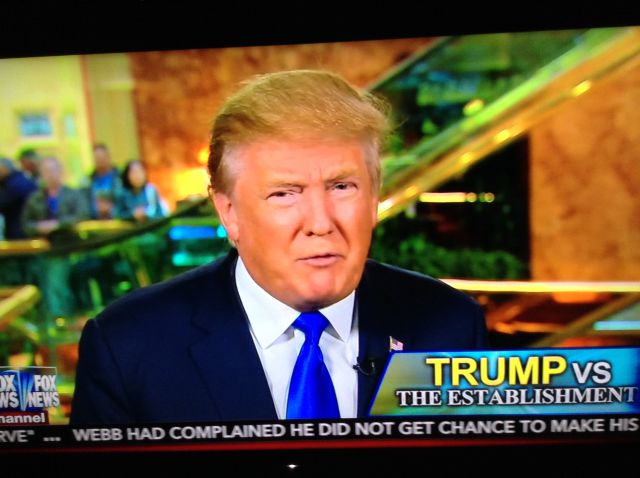 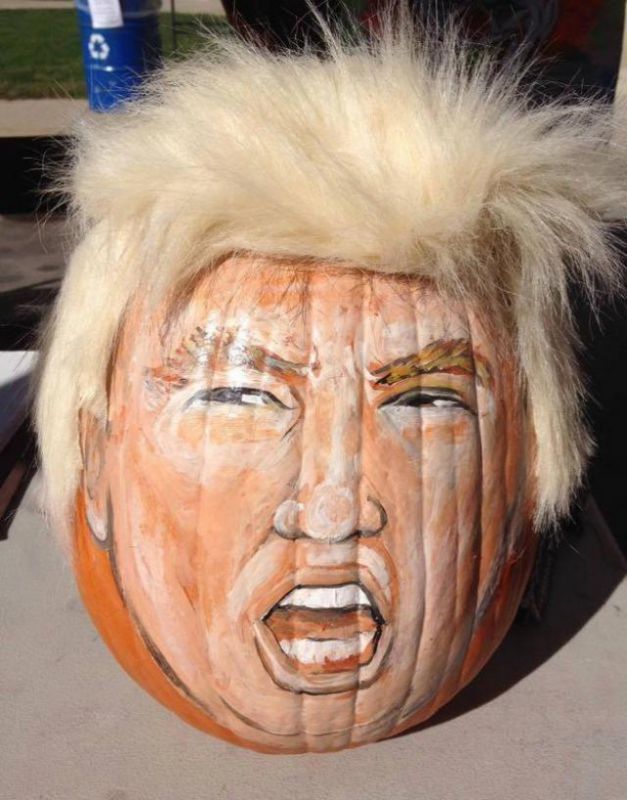 Marvin P. Bush, the president's younger brother, was a principal in a company called Securacom that provided security for the World Trade Center, United Airlines, and Dulles International Airport. The company, Burns noted, was backed by KuwAm, a Kuwaiti-American investment firm on whose board Marvin Burns also served. [Utne]

According to its present CEO, Barry McDaniel, the company had an ongoing contract to handle security at the World Trade Center "up to the day the buildings fell down."

The company lists as government clients "the U.S. Army, U.S. Navy, U.S Air force, and the Department of Justice," in projects that "often require state-of-the-art security solutions for classified or high-risk government sites."

Stratesec (Securacom) differs from other security companies which separate the function of consultant from that of service provider. The company defines itself as a "single-source" provider of "end-to-end" security services, including everything from diagnosis of existing systems to hiring subcontractors to installing video and electronic equipment. It also provides armored vehicles and security guards.

The Dulles Internation contract is another matter. Dulles is regarded as "absolutely a sensitive airport," according to security consultant Wayne Black, head of a Florida-based security firm, due to its location, size, and the number of international carriers it serves.

Black has not heard of Stratesec, but responds that for one company to handle security for both airports and airlines is somewhat unusual. It is also delicate for a security firm serving international facilities to be so interlinked with a foreign-owned company: "Somebody knew somebody," he suggested, or the contract would have been more closely scrutinized.

As Black points out, "when you [a company] have a security contract, you know the inner workings of everything." And if another company is linked with the security company, then "What's on your computer is on their computer." [American Reporter]

As usual, Donald Trump's latest comments are rankling at least one of his opponents. "When you talk about George Bush," Trump said on Bloomberg TV on Friday morning, "I mean, say what you want, the World Trade Center came down during his time." Challenged by anchor Stephanie Ruhle, he added, "He was president, okay? . . . Blame him, or don't blame him, but he was president. The World Trade Center came down during his reign." On Twitter, Jeb Bush called Trump's comment "pathetic," sparking a back-and-forth between the campaigns on social media.