Dmitry has been involved with digital currencies as far back as 2003, studying their use and economic development in various games and virtual worlds. He holds a Master's in Global Finance and Economics, and has over a decade of experience in personal and corporate finance and investments. He also has a background in technology, and prior to switching to finance was involved in IT and software development, including working as an IT manager and software developer for McDonald's Corp.Dmitry has been involved in bitcoin in various capacities, including mining, investing, helping with related project development, venture funding, and volunteering as a Bitcoin consultant for "Bitcoin 101″ tables at various conferences. Since its founding in November of 2011, Dmitry has worked as an accountant and treasurer for the Bitcoin100 charity fundraiser, and was promoted to the role of director in May of 2013. More recently, Dmitry was hired to work as a Community Manager for Mycelium, the group behind the Bitcoin wallet, as well as the BitcoinCard.org project.

Mycelium - What we are all about

The Mycelium project was started by developing the Bitcoincard in 2008. The goal was to create an infrastructure-independent, self-powered, ad-hoc network that could dynamically form wherever a sufficient number of nodes came together to support it. Back then there was no bitcoin, and the main purpose of this network was to create an uninterruptible text messaging system that works directly between active and present nodes within a radius of 300 meters, via credit card form factor user devices. When Bitcoin was released, the project team realized that it fits perfectly into the project's ideology, and decided to concentrate its efforts on integrating bitcoin into a software-programmable hardware device.

In 2012, Mycelium team decided to diversify projects, and began developing Mycelium Bitcoin Wallet and other bitcoin-related products. The software development and hardware engineering team is comprised of world-class specialists, whose main task is to develop a full range of products which would enable bitcoin use by both physical, and legal/corporate persons in all areas of economic activity, ranging from the acquisition, storage, and use of bitcoins in everyday life as payment tool, to long term investments and professional trading of cryptocurrencies.

Today the Mycelium team consists of 35 people working in Europe, America and Asia.

Mycelium's Goal - to make bitcoin penetration as prevalent in our lives as the level of Internet penetration is in the life of modern man.

Rassah's previous interviews on the Declare Your Independence with Ernest Hancock Radio Show:

CEO and Co-Founder of AirBitz.co

The Airbitz mobile Bitcoin wallet is a decentralized, secure, and backed up Bitcoin wallet that provides true financial autonomy & privacy for users. Neither Airbitz nor any 3rd party can access users' funds or data within the Airbitz wallet. A clean, user-first interface solves many of the usability issues plaguing current wallet solutions, while adding features including:

Airbitz for Android or iOS

Decentralized server architecture. Wallets work even if Airbitz servers are down

Built in transaction search by payee, category, or notes

Quick UI to transfer funds between wallets in an account

No user info required to use wallet (no name, address, email, or phone number)

Setup a secure, encrypted, and backed up Bitcoin wallet in just minutes to send or receive bitcoin, anywhere in the world. The Airbitz bitcoin wallet provides the easiest interface to transact with bitcoin and also includes a beautifully curated map and directory of both local and web based bitcoin businesses.

The Airbitz wallet has enhanced privacy & security, and features a user-first interface which solves many of the usability issues plaguing current bitcoin wallets.

While Airbitz keeps usability simple for the beginner, it sacrifices nothing for the advanced bitcoin user. Airbitz is easy enough for introducing Bitcoin to friends and family in under 5 minutes, while maintaining the latest, most empowering features for advanced users.

Designed to Be Simple Yet Powerful

The Airbitz mobile app is as simple and familiar as mobile online banking while retaining Bitcoin's powerful capabilities of financial privacy, financial autonomy, and frictionless transfer of value.

Bitcoin wallets present unique risks to users, requiring unfamiliar processes such as encrypting and backing up private keys. When using Airbitz, wallets, keys, and transaction data are always encrypted and always backed up with no additional steps required of users.

Airbitz takes the risk of mobile device loss, theft, or damage out of the equation. A user's login & password on any iPhone or Android device instantly recovers access to all wallet information and funds.

"Bitcoin: Safe, Simple, and Secure" is the mantra of Airbitz. The Airbitz wallet presents a familiar experience from account creation, to the sending and requesting funds.

•Encrypted wallet data is automatically backed up to the cloud

•Multi-device synchronization with no additional configuration

Security is paramount in the Airbitz wallet and is built into the cross-platform Airbitz Core.

•No unencrypted wallet or transaction data stored on device

The core values behind Airbitz have led to a server architecture of the most private and decentralized bitcoin wallets available.

Although simple for the beginner Bitcoin user, Airbitz provides enhanced features that surpass the expectations of a Bitcoin veteran.

•Built in transaction search by payee, category, or notes

•Quick UI to transfer funds between wallets in an account

•Supports archiving wallets when not in use

Open source software provides the transparency required to verify the promised functionality of Bitcoin software. Airbitz believes strongly in the open source model and has contributed significantly to various open source projects including our own.

Learn more about the Airbitz Core library which is available to all for review and use. 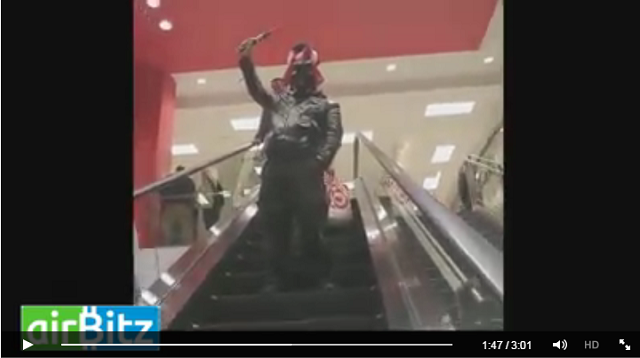 How to Create a Bitcoin Wallet with Encrypted Backup: