Dr. Greg Dixon, for 41 years was pastor of the 8,000 member Indianapolis Baptist  Temple. He has made headlines once again with a new hard hitting book entitled, The Trail of Blood Revisited. Dr. Dixon was carried out of his church by federal marshals on Feb. 13, 2001 after a 93 day siege, in a peaceful protest against a court order, because the church did not pay alleged federal withholding and FICA taxes which the church claims violated their faith. A graduate of Baptist Bible College, Springfield, MO in 1953, Dr. Dixon served as 2nd V.P. of the Baptist Bible Fellowship International and was the National Secretary of the Moral Majority founded by Dr. Jerry Falwell. He was also one of the first preachers in the nation to conduct a T.V. program and later expanded it to all fifty states and world wide cable networks. Dr. Dixon is the Editor of The Trumpet Newsletter, the voice of The Unregistered Baptist Fellowship, which he founded along with other like minded pastors. He has served as the National Director of the Biblical Law Center, which aides churches in claiming their 1st Amendment rights, since 2004. He has been a guest on numerous nation wide TV and radio shows including the Today Show, The Jerry Springer Show and The Sally Jessie Rafael Show. He has been a guest columnist for U.S.A Today on several occasions.  He is now a regular columnist for Freedom's Phoenix an online conservative daily publication.

His ministry took a dramatic turn in 1982 when he stood with the Faith Baptist Church in Louisville, Nebraska, when the State tried to shut down the educational ministry of twenty children and jailed the Pastor for 297 days. These events caused Dr Dixon to say, "The churches of America have prostituted themselves for benefits and privileges through tax-exemption instead of their God given rights of being non-taxable."

In 1983 Dr. Dixon led his congregation to reject their not-for-profit corporate status and tax deductible gifts and as Dr. Dixon stated, "began operating under God rather than government."  A terrible price was paid by the congregation for that decision when the church facilities and 22 acres of land were sold, after a 93 day siege and raid by 100 federal marshals on February 13, 2001, to the Christel House Foundation of Indianapolis. They bulldozed the church facilities and established a Charter School in the same school buildings that saw as many as 700 enrolled in the Temple's 31 year old church school.

The Trail of Blood Revisited is a continuation of J.M. Carroll's 125 year old booklet The Trail of Bloodthat has seen more than 2 ½ million sold.  Dr Dixon has described his book, "As a warning to the pastors and churches of America", after spending 25 years studying how the government plans through the IRS to control every church in America including the content of the sermons that are preached.

Dr. Dixon has received five honorary doctorates including his alma mater and Bob Jones University of Greenville, S.C. He resigned from the active pastorate of the Baptist Temple in 1996 when his son Rev. Greg A. Dixon continued on as Senior Pastor after serving for many years as CO-Pastor.  Dr. Dixon, who is Pastor Emeritus, reenergized, spends his time traveling in the work of the Law Center and writing.

He and his wife Wanda divide their time between Indianapolis and Rockledge, Florida. They also have two daughters, both married, and nine grandchildren.

About the Biblical Law Center

The mission of the BLC is to serve New Testament churches as founded by the Lord Jesus Christ. Our ministry includes calling state registered churches (incorporated or unincorporated associations) to repentance and to thereby return Jesus Christ as the exclusive, sovereign, separated and Holy Head of His Church. We serve in legal matters to assist in terminating any and all unholy alliances and/or entanglements of the churches with the state. We assist in the establishment of new churches according to Biblical precepts. We defend the Lordship of Christ over His Church before the magistrates and courts of America, as God provides time and resources, where we stand as a witness for Him and His churches as they strive to be obedient to His Great Commission as recorded at Matthew 28:18-20. The BLC is only able to help those churches that believe, even though they may not be consistent in their practice, the following eleven Biblical principles for New Testament churches as enumerated in The Trail of Blood by J.M. Carroll (1858-1931).

"MARKS OF THE NEW TESTAMENT CHURCH"

Its work – getting folks saved, baptizing them (with a baptism that meets all the requirements of God's Word), teaching them ("to observe all things whatsoever I have commanded you"). (Matthew 28:16-20.);

Its financial plan – TITHES AND OFFERINGS – "Even so hath the Lord ordained that they which preach the gospel should live of the gospel." (I Corinthians 9:14.);

Its independence – separation of Church and State. (Matthew 22:21.)

The BLC has helped scores of churches in the United States to organize or reorganize in such a way that they have been able to carry on their ministries without the intrusion of state government at any level. However, the goal of the BLC is not to simply help churches to escape from tyrannical government, but rather to arrange their affairs in a way in which they are obedient to the Lord Jesus Christ in the area of church polity and practice.

Please visit our link above entitled "What to Do" so that you can see some of the background to our approach and also see some of the steps that you should take in addition to contacting us to help you with your issue.  We value each and every situation and your church is our ministry.  Let's claim the protection of God and attack the gates of hell because they cannot prevail against us.

Below is the post that I sent to Trump's people about Cruz...

Dear Mr. Warner, My name is Dr. Greg Dixon.  My Bio is attached.  I am presently the Asst. National Director of the Biblical Law Center with headquarters in Indianapolis.

Also attached is the present newsletter (The Trumpet) of our Church (the Indianapolis Baptist Temple) telling how John Ashcroft, when Att. General under Geo. Bush ordered the raid on our church on Feb. 13, 2001 and admitted in his book, Never Again, that "there were no taxes owed."  Ted Cruz was an Asst. Att. Gen. at that time and an advisor to the President, Geo. W. Bush.  He claims to be a constitutionalist.  Then why didn't he do something to stop the raid of a main line church when he would have had to know that it was against the 1st Amend. To the U.S. Const.  When he starts in on Trump tomorrow night, Trump needs to hit him right between the eyes with this knowledge.  You can contact me at any time at 317-414-3478. 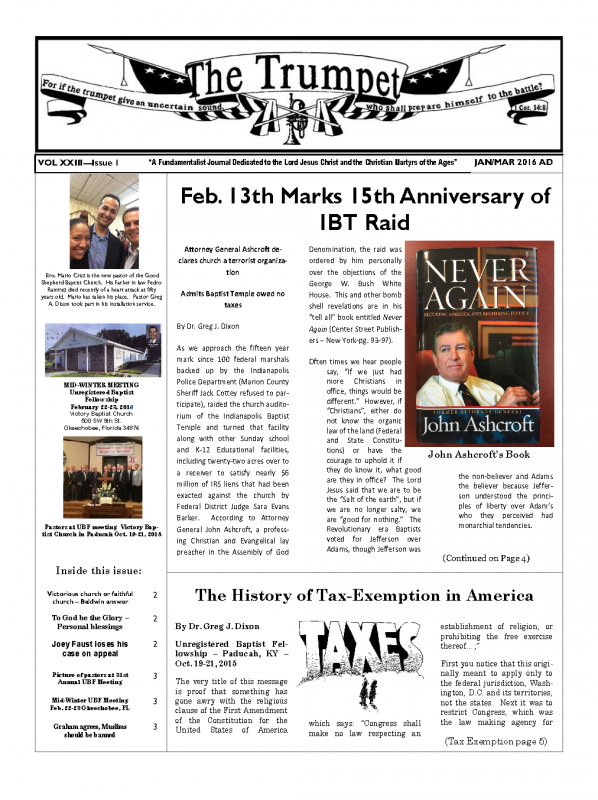 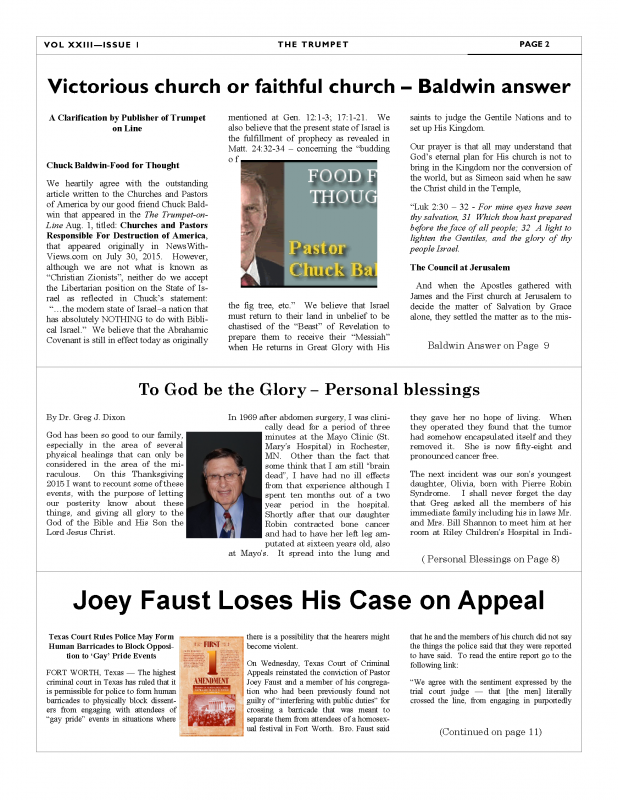 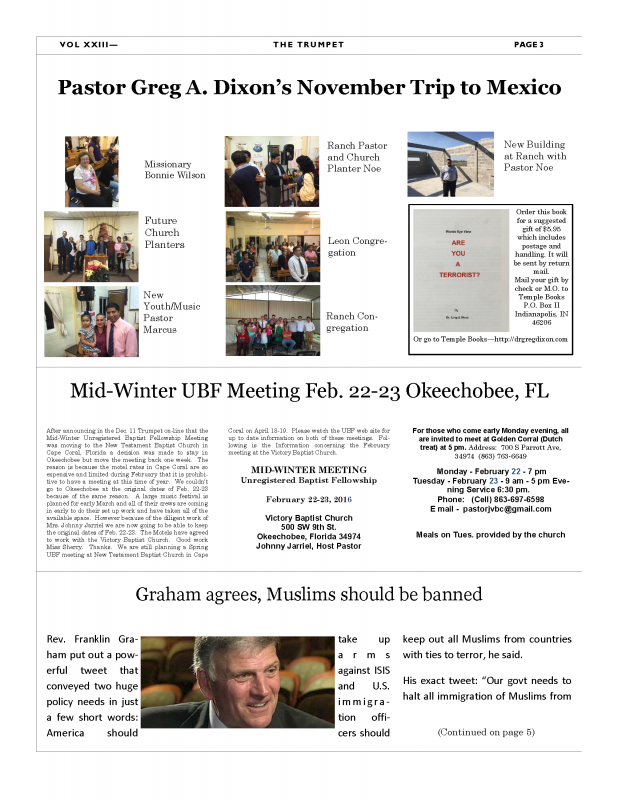 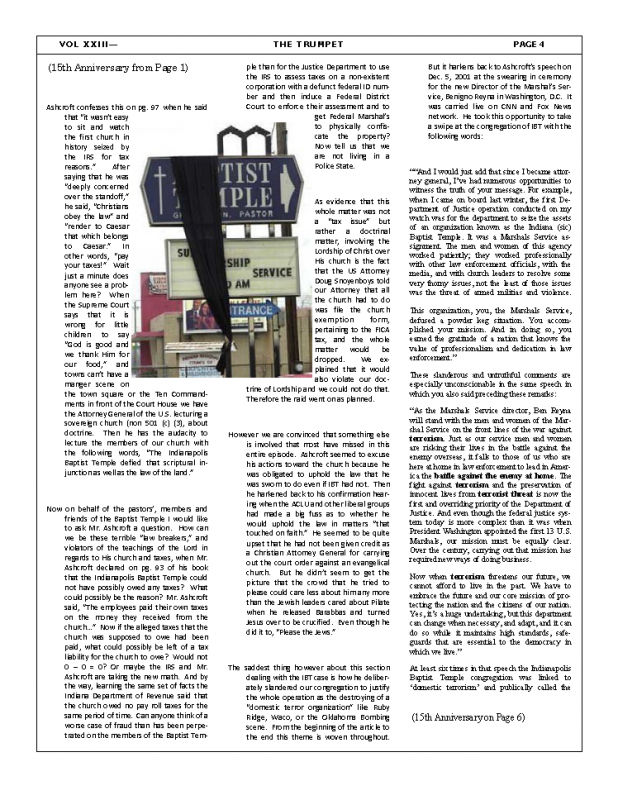 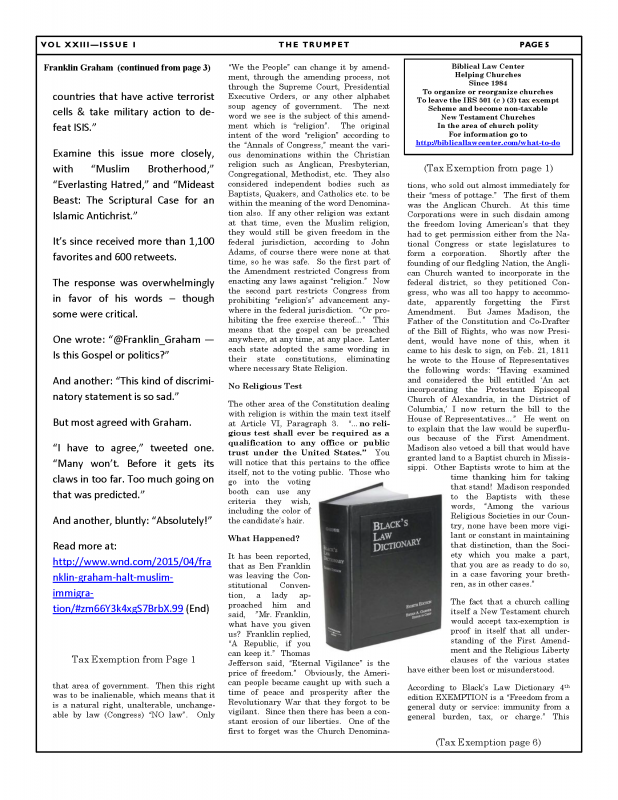 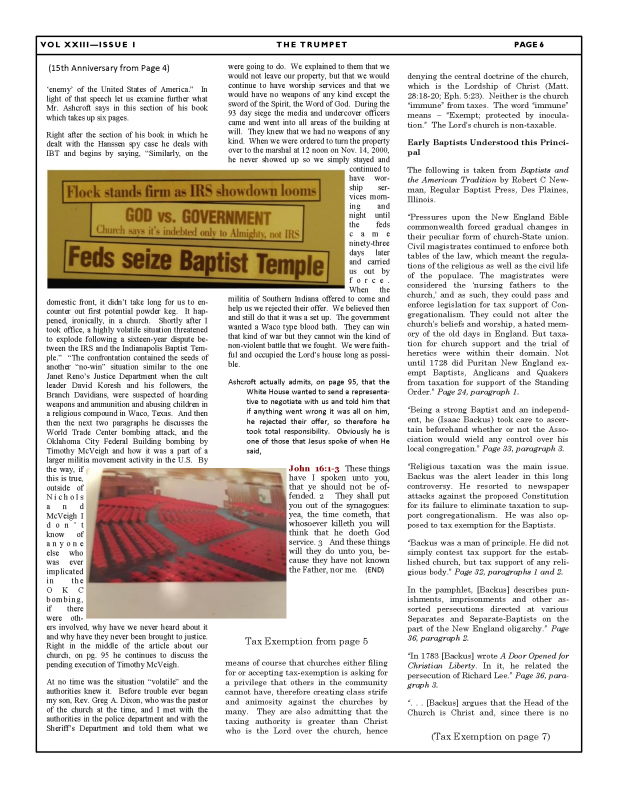 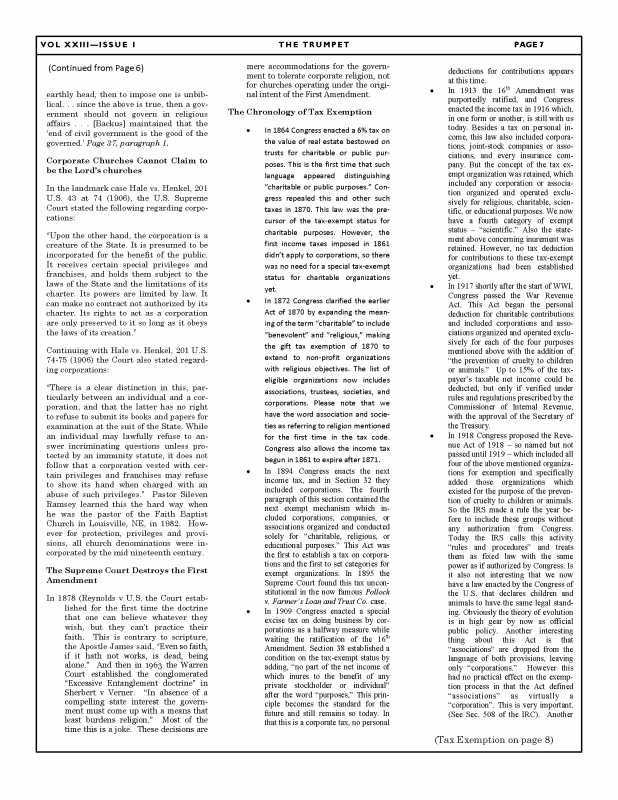 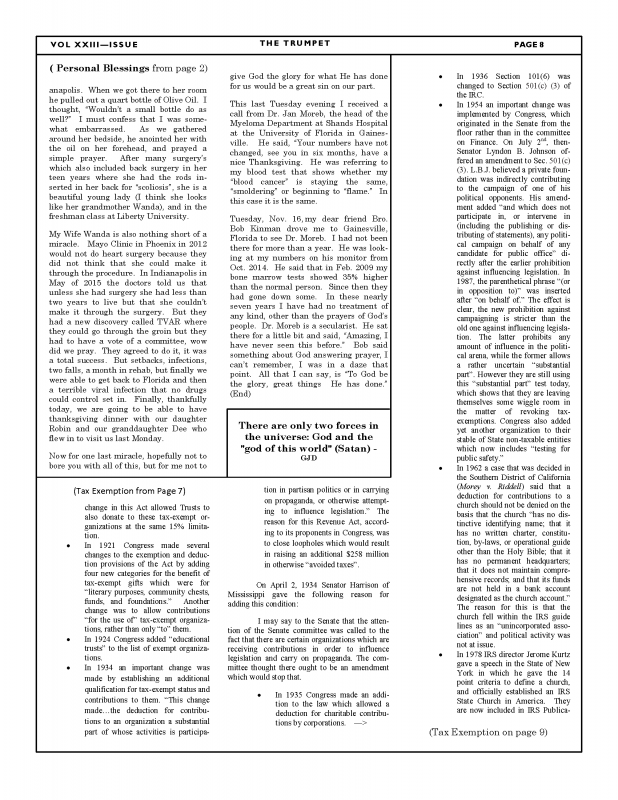 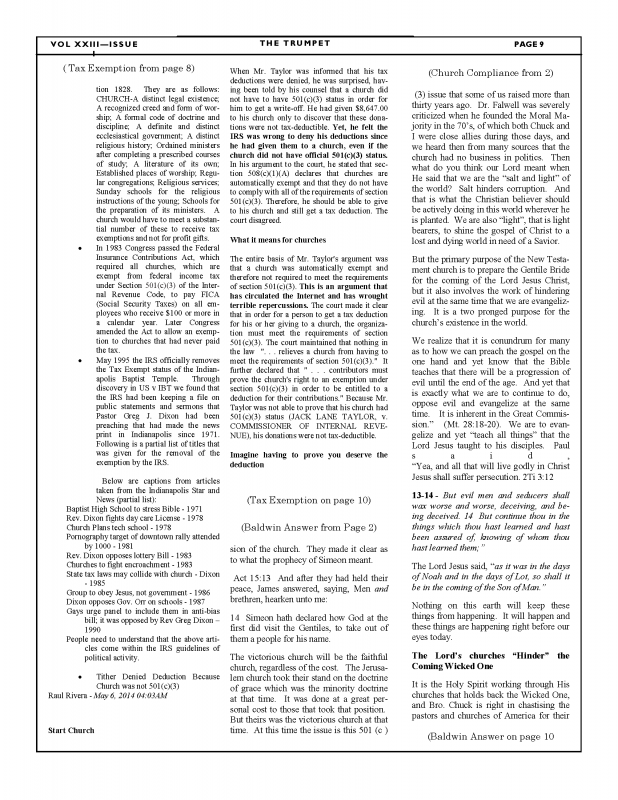 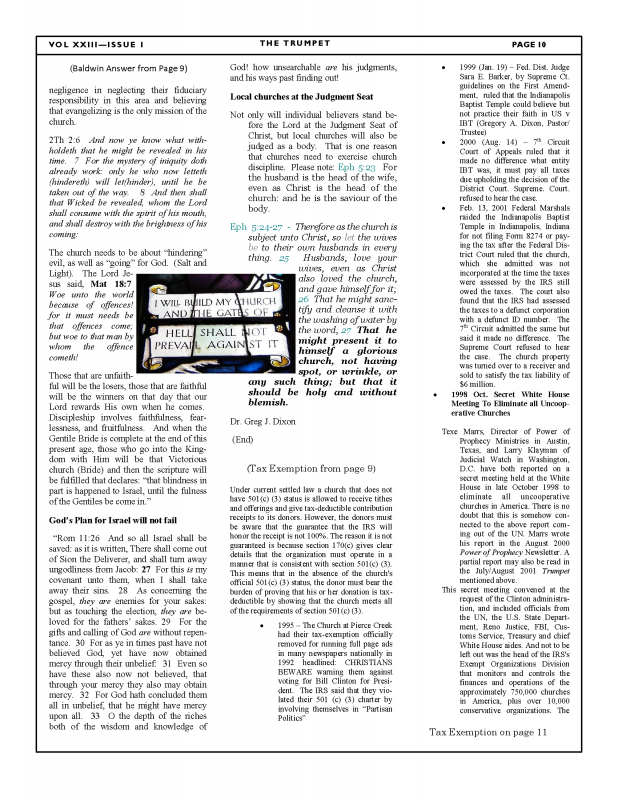 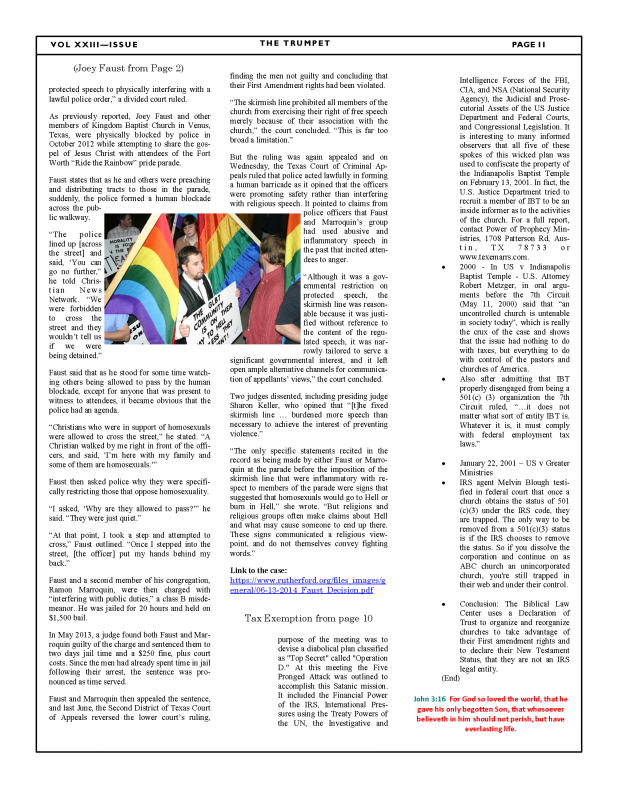 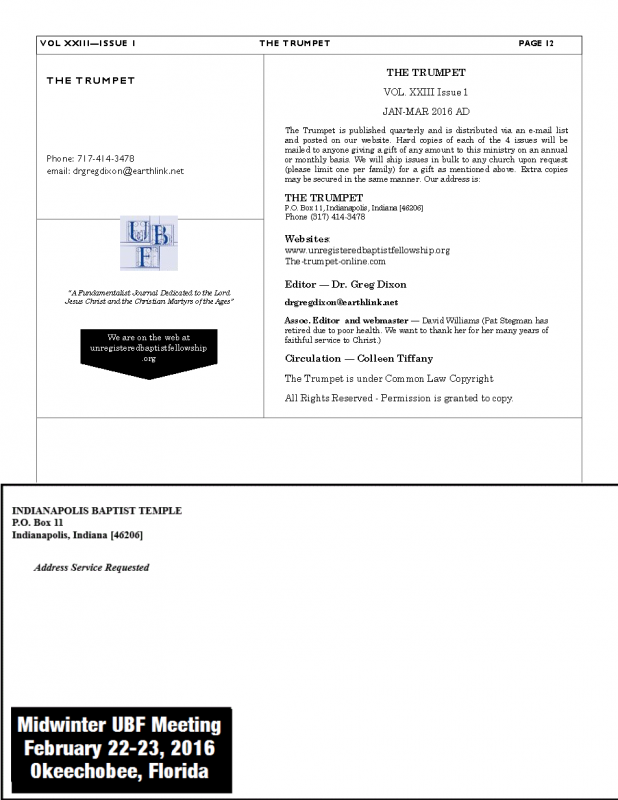 I practice functional medicine and am earning my diplomate in clinical nutrition. I love cats, liberty, gardening, and have authored 22 books and short stories. I have not published an eBook in almost 2 years. After I saw how popular my story was about how to make money with Christmas themed businesses, I decided to write a short companion eBook (see details below).

The Funniest Articles of 2015 - Bundle of Short Satire Stories- An Athology Book of Humor Available on Amazon Now:

This short read is a bundle of some of the funniest satire articles of 2015. This anthology book of humor will leave you wondering if whats real and whats not. If you enjoy tricking your friends into reading fake and outrageous news stories, then this book is for you.

Tone has been working on Wall Street for almost 10 years starting as a risk analyst at Bear Stearns and later becoming a VP at JP Morgan Chase in the aftermath of the financial crisis. His expertise is in Economic Trends, Trading and Risk Analysis. Ever since getting involved in Crypto Currencies in early 2013 he has been very active in spreading the relevance and importance of this technology to people looking to better understand the current financial system. He is the Head or Research at BraveNewCoinwhere you can find his latest work after previously writing at CoinTelegraph. Tone still attempts to maintain his personal blog LibertyLifeTrail focused on sound economics, privacy, free-thinking and adventurous travel.

How Prezi makes you a better presenter

Learn why Prezi is such an effective communication tool, and how it integrates with your on-the-go life.

People are more likely to understand and remember your message when it's accompanied by strong visuals. A picture's worth a thousand bullet points, especially when it zooms and pans to show context.

Prezi's open canvas lets you read the room and adapt on the fly to fit your audience. Fast-forward straight to the bottom line, or spend more time zooming in on the details.

The 5 Best Linux PDF Editors You Should Try