Hour 3 - Dave Hodges (The Common Sense Show) comes on the show to talk about GOP POTUS Circus, update on our civil liberties, the police state and the new world order

Were you caught up in the attacks? Contact Simon Tomlinson on 02036151926 or simon.tomlinson@dailymail.co.uk

Cowering under desks and running for their lives, this is the terrifying moment passengers were caught up in a suicide bomb attack at Brussels Airport today in a series of blasts that have killed at least 34 people across the city.

Witnesses described apocalyptic scenes with blood and 'dismembered bodies everywhere' after two blasts rocked the terminal at around 8am (7am GMT), killing at least 14 people and injuring 35 others.

Then 79 minutes later at 9.19am, at least 20 people were killed and 55 injured, some critically, when a blast hit a Metro station just 400 metres from the EU headquarters in the city centre.

There were also reports the Tihange nuclear power plant, around 90km from the capital, is being evacuated of all non-essential staff as Belgium raised security to its maximum level.

At the airport, there were reports of a firefight between police and the attackers who shouted in Arabic moments before detonating their bombs.

An unexploded suicide vest was later found in the rubble and a Kalashnikov rifle beside the body of a dead terrorist.

The blasts, which detonated near the American Airlines and Brussels Airlines check-in desks, sent shockwaves through the terminal building, shattering windows and knocking roof tiles off the ceiling as terrified passengers ran for their lives.

Two suspects were arrested a mile from the Maelbeek metro station at around 11am as hundreds of troops and police flooded the streets of Brussels in the hunt for members of the terror cell.

Soldiers have been also been deployed at the airport and other key locations across Brussels.

The bombings come just a day after the Belgium Interior Minister warned of possible revenge attacks after the arrest of Paris massacre suspect Salah Abdeslam in the city on Friday. 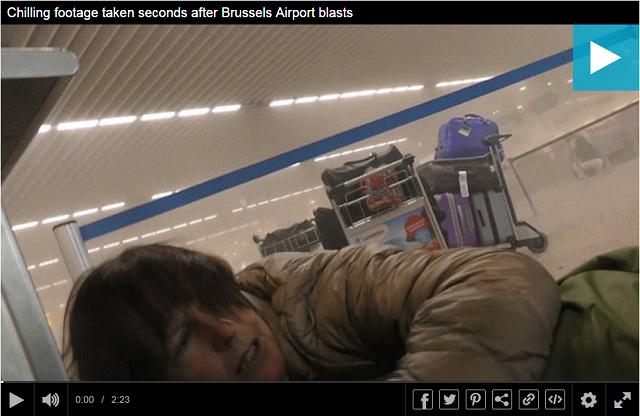 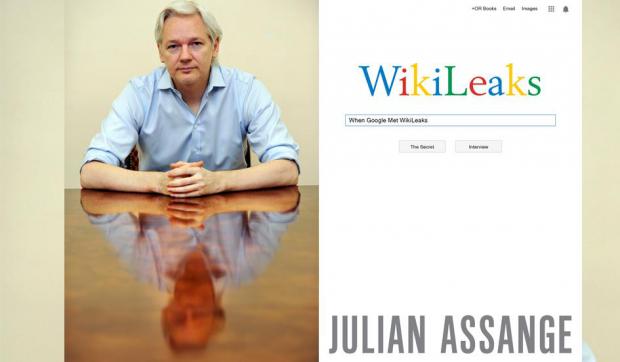 Assange: Google Is Not What It Seems

In this extract from When Google Met WikiLeaks Assange describes his encounter with Schmidt and how he came to conclude that it was far from an innocent exchange of views.

Eric Schmidt is an influential figure, even among the parade of powerful characters with whom I have had to cross paths since I founded WikiLeaks. In mid-May 2011 I was under house arrest in rural Norfolk, England, about three hours' drive northeast of London. The crackdown against our work was in full swing and every wasted moment seemed like an eternity. It was hard to get my attention.

But when my colleague Joseph Farrell told me the executive chairman of Google wanted to make an appointment with me, I was listening.

In some ways the higher echelons of Google seemed more distant and obscure to me than the halls of Washington. We had been locking horns with senior U.S. officials for years by that point. The mystique had worn off. But the power centers growing up in Silicon Valley were still opaque and I was suddenly conscious of an opportunity to understand and influence what was becoming the most influential company on earth. Schmidt had taken over as CEO of Google in 2001 and built it into an empire.

I was intrigued that the mountain would come to Muhammad. But it was not until well after Schmidt and his companions had been and gone that I came to understand who had really visited me.

The updated version of EPIC 2014. It is the best of times, it is the worst of times.

Hour 3 - Dave Hodges (The Common Sense Show) comes on the show to talk about GOP POTUS Circus, update on our civil liberties, the police state and the new world order

Featured Speaker: Dave Hodges. Host of The Common Sense Show. Topics today: Trump and the election. Things to expect in the near future. The growing trouble our country faces.

Dave Hodges interviewed the Health Ranger, Mike Adams, about the Trump phenomenon.  Both men are in agreement that, unless Trump is assassinated, he will likely win the Presidency. At that point, the liberal left, including the government, the corporations and the media will launch domestic terror attacks against the American people America has not [...]

Hagmann and Broer -Psychotronic Mind Control By the Media

Doug and Joe Hagmann Dr. Ted Broer was the guest of the Hagmann and Hagmann Report for this three hour broadcast as they discussed the latest alternative health and geopolitical news. Dr. Ted Broer PSYCHOTRONIC MIND CONTROL ATTACKS UPON THE AMERICAN PEOPLE BY THE MAINSTREAM MEDIA NEWLY DISCOVERED GMO DANGERS PROOF THAT SUNLIGHT [...]

Fox News Radio Host, broadcasting on 1450AM, KNUS, St. George Utah. When I went on Fox News, I told them that our interview would probably be interfered with, and it was when I was discussing the civil war drill involving Jade Helm 16 drills in Texas (i.e. UWEX 16). Listen to the Fox [...]

Dave's previous interviews on the Declare Your Independence with Ernest Hancock Radio Show:

The Best Weather App for RV Travel in 2021

The Chauvin Appeal: How The Comments Of The Court & The Prosecutors Could Raise Challenges