Hour 2 -- Julian Heicklen (Tyranny Fighters) comes out of retirement to distribute Jury Nullification pamphlets at the Manhattan U. S. District Court last week. He talks about getting back to activism

(this is where you will find the AntiWar Poppy Pins campaign...)

Angela's previous interviews on the Declare Your Independence with Ernest Hancock Radio Show:

The Washington bipartisan consensus for reckless and dangerous foreign policy requires constant alertness, and we can't do it without your help. Antiwar.com provides the most comprehensive news and opinions that track the latest moves of the War Party. Our original content coupled with links to the best foreign policy writings around the world provides a one-stop site for keeping abreast of the violent inhumane policies which endanger the very principles upon which the United States was founded. 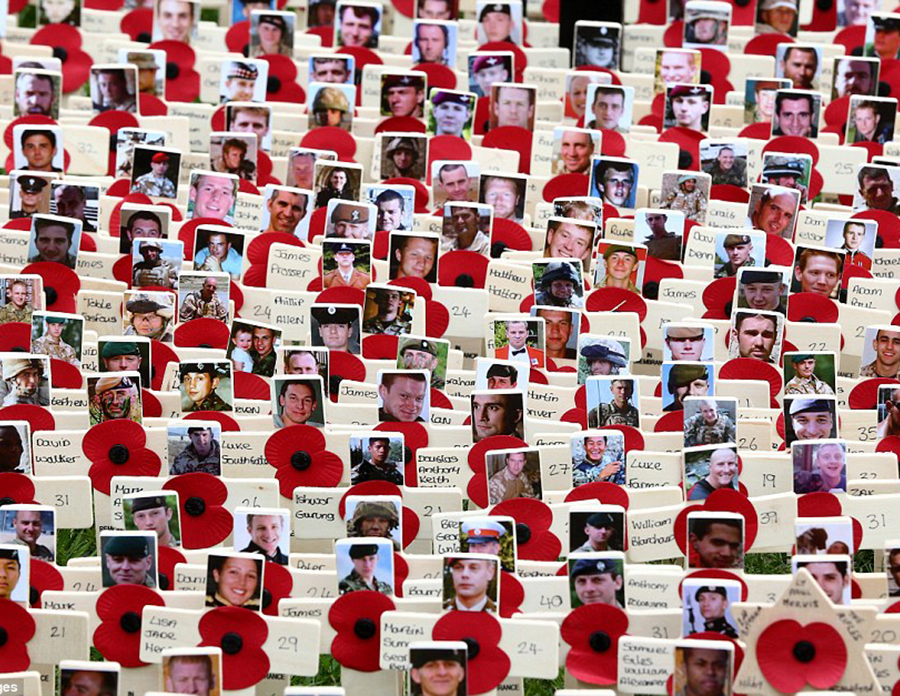 Show that you Remember and support Pro Peace

We rely on our readers to help us keep the establishment's feet to the fire. Support our effort, show that you remember and help give peace a voice. You can do all that when you buy the limited edition Red Poppy Pin. The pin features the Antiwar.com logo lapel pin nestled in the center of a handmade tissue and felt red poppy. Your purchase assures we can keep providing quality reporting. Wearing your pin gives another voice to peace. 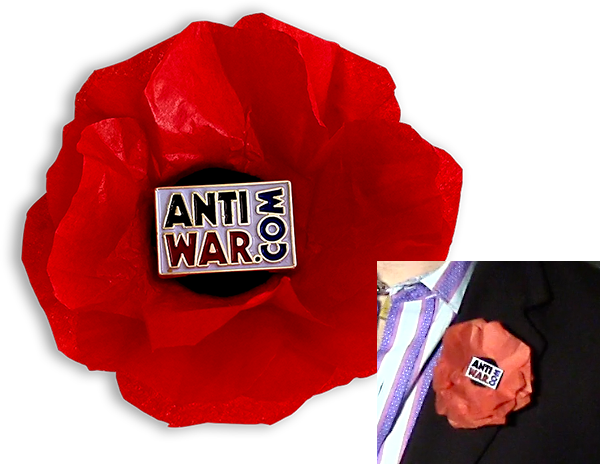 Hour 2 -- Julian Heicklen (Tyranny Fighters) comes out of retirement to distribute Jury Nullification pamphlets at the Manhattan U. S. District Court last week. He talks about getting back to activism

Tyranny Fighters is an organization without bylaws, without rules, without dues, without meetings, and without a fixed program. Everyone does his or her own thing to fight tyranny.  Keep James and me informed of your freedom activities, so that we can include them in our regular reports. For historical information see:

"Tyranny Fighters" by Garry Reed, available from Barnes and Noble.

From 1:05 to 1:50 PM on Monday, May 2, 2016 James Babb and I distributed about 30 Nullification by Jury pamphlets and talked with 2 interested passers-by at the U. S. District Court in Manhattan, NY. A Court guard directed us to move off of federal court property.   We ignored him, and he left.

Keith Wood had been distributing jury information literature at the county  courthouse  in  Big  Rapids,  MI.     He  was  arrested  for  a  felony, released on bail for $150,000. The felony charge has since been reduced to a misdemeanor charge and his bail money returned.  His trial has been set for July 28 and 29.

I Hope that some of you in that area distribute nullification by jury information at that courthouse at or before the trial to show your support for Keith Wood and your constitutional right to have a fully informed jury if you go on trial at some future date.

Big Rapids is a small town in northern michigan with a population of under 11,00 people.   You may ask why waste time in such a small town. The reason is that almost all events which have lead to the end of government corruption have occurred in small towns. Some of these are:

Scopes trial, Tennessee in 1925 in which a substitute high school teacher, John Scopes, was accused of violating Tennessee's Butler Act, which made it unlawful to teach human evolution in any state-funded school.[1] Sit down strikes in Durham, NC (1857),Wichita City, OK (1958, Greensville and Nashville, TN (1960)

Montgomery, AL bus boycott (1955-56),  a seminal event in the  Civil Rights Movement, was a political and social  protest campaign against the policy of racial segregation on the public transit system of Montgomery, Alabama.

The Ole Miss riot of 1962, which got James Meredith, a black, enrolled Dwell-in at Wilmington, CA to desegregate housing discrimination (1963) The three Selma to Montgomery marches in 1965 were part of the voting rights  movement  underway  in  Selma,  Alabama.  By  highlighting  racial injustice in the South, they contributed to passage that year of the  Voting Rights Act, a landmark federal achievement of the Civil Rights Movement. Marijuana smoke outs in State College, PA (1967-69)

FIJA info available at FIJA.org and "Democracy Defined" by Kenn D?Oudney from Barnes and Noble

Your in freedom and justice-Julian

About 40 minutes into the 3rd hour, Ernest got into the topic of Artificial Intelligence (AI). He said if DARPA had one, the people need to have one, too. CBS' "Person of Interest" has a storyline that resembles this. 2 episodes of the series' final 13-episode season have aired. 11 left to go. Enjoy, DC Treybil