Robert Clarke is a twenty-one year old college student studying Business Intelligence. He is co-founder and Director of Campaigns for the Libertarian Youth Caucus. He also is the Pennsylvania Social Media Coordinator for Governor Gary Johnson's Non-Profit Political Advocacy group Our America Initiative.

The Man Who Saved the World (Movie)

"Few people know of Stanislav Petrov… yet hundreds of millions of people are alive because of him."

The Man Who Saved the World (Starring: Walter Cronkite, Robert De Niro, Matt Damon and Kevin Costner) tells the gripping true story of Stanislav Petrov - a man who single-handedly averted a fullscale NUCLEAR WORLD WAR, but now struggles to get his life back on track… before it is too late.

An epic and grand Cold War thriller that sends shivers down your spine and shows us just how close we came to Apocalypse … and it's not over yet! With a NEW COLD WAR rising and thousands of nuclear weapons on hair-trigger alert, we still live under the same catastrophic danger that Stanislav faced back then. 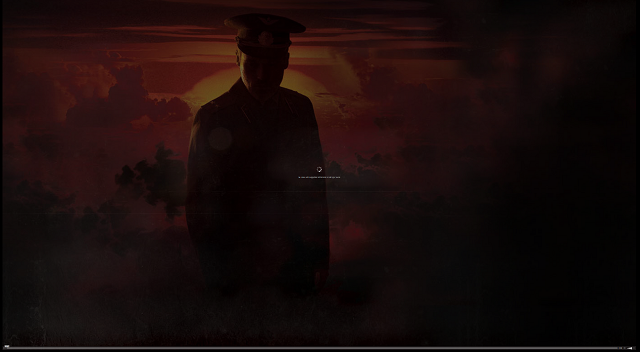 CIA and Pentagon Bicker While Russia Wipes Out U.S.-Backed Rebels

American-armed rebels are in deep trouble in the city of Aleppo. Washington's response: Escalate the fight—between the U.S. military and intelligence communities.

U.S.-backed opposition forces in Syria's largest city are facing a ferocious Russian-led assault, raising fears that the rebels could be eliminated in a matter of weeks.

So how are the Pentagon and the intelligence community responding?

By catfighting among themselves.

Two Department of Defense officials told The Daily Beast that they are not eager to support the rebels in the city of Aleppo because they're seen as being affiliated with al Qaeda in Syria, or Jabhat al Nusra. The CIA, which supports those rebel groups, rejects that claim, saying alliances of convenience in the face of a mounting Russian-led offensive have created marriages of battlefield necessity, not ideology.

"It is a strange thing that DoD hall chatter mimics Russian propaganda," one U.S. official, who supports the intelligence community position, wryly noted to Pentagon claims that the opposition and Nusra are one in the same.

But even if the rebels were completely separated from Nusra, there would still be something of a strategic conflict with U.S. military goals. The rebels in Aleppo, these Pentagon officials note, are fighting the Bashar al-Assad regime; the American military effort, on the other hand, is primarily about defeating the self-proclaimed Islamic State.

Darryl W. Perry was born and raised in Birmingham, AL and the surrounding area; graduating from Hewitt-Trussville High School in 1996. Darryl attended Jefferson State Community College on a Scholarship with the Speech Team (Forensics Team), and later on a Management Scholarship with WJSR-FM, the college radio station, of which Darryl was Station Manager from Summer of 1997 until he graduated in 1998.

Darryl has spent most of his adult life as an advocate & activist for peace and liberty.

Darryl is an award winning author, publisher & radio/TV host. He is a regular contributor to several weekly and monthly newspapers. He hosts the daily newscast FPPRadioNews, the podcast Peace, Love, Liberty Radio, the weekly news podcast FPP Freedom Minute, and is a regular co-host on Free Talk Live.

Darryl is the Owner/Managing Editor of Free Press Publications, a business he started in June, 2009 with the purpose of ensuring a FREE PRESS for the FREEDOM MOVEMENT. Since then FPP has republished several libertarian/anarch classics as well as new books, both fiction and non-fiction, many of which have won awards and other recognition.

The goal of the Darryl W. Perry for President campaign is to run the most libertarian presidential campaign in history, to promote the ideas of liberty as boldly and as often as possible, and to give as many people the chance to vote for an actual libertarian in November 2016!

Darryl talks about his 2016 Libertarian Presidential Run and the Libertarian Debate (Feb 2016)...

When I embarked on my Presidential Campaign, I did so with three goals in mind: 1) to run the most libertarian presidential campaign in history; 2) to proclaim the ideas of liberty as boldly and as often as possible; and 3) to give as many people as possible the opportunity to vote for an actual libertarian in November.

I am pleased to report I accomplished two-thirds of the goals I set for my campaign. I ran the most consistent libertarian campaign to date, and I took every opportunity, including my well-received Concession Speech, to promote the ideas of liberty.

"The Libertarian Party is at a crossroads. One path is clean and clear and goes to the horizon. The other path, not so much. There's potholes, there's trees, there's logs in the road. We have to work to clear the path. That path is the difficult path. The Pilgrims who came here four hundred years ago had a difficult path. The western settlers who traveled west on roads that did not exist had a difficult path. We are trying to go down that path if we stay true to liberty, or we can go down the path that looks clear. But at what appears to be the end of the horizon is a cliff.
I come today with a warning because I have seen the future, because I have seen the past. In 1996 the Reform Party reached 8%. In 2000 it received a federal welfare check. There are some within this party that want the Libertarians to take a federal welfare check. I don't want that to happen because it killed the Reform Party. In 2012 the Reform Party had ballot access in three states, just 12 years after getting a federal welfare check. If we nominate two Republican governors as our ticket and we compromise what we believe to take a federal handout, this party will die. I don't want that.
Elect an actual Libertarian as the Vice Presidential nominee, so that we have an actual Libertarian on the ticket in November. Elect Will Coley or Larry Sharpe. Thank you."

After giving this powerful speech, I vocally supported Will Coley on the first ballot, and later, Larry Sharpe on the second, in hopes that one of these principled men would receive the VP nomination. Ultimately, the delegates in attendance voted for William Weld, thus giving the LP a Presidential ticket without a philosophically libertarian anchor. Had Coley or Sharpe been able to secure the nomination, I would have proudly campaigned for the ticket to support them.

While my original intention was to either continue my campaign through the November election or support an LP ticket with actual philosophical libertarians, the Libertarian National Convention left me emotionally drained. I will not be continuing my campaign through November, and I will neither do anything to intentionally support, nor will I actively campaign against, Gary Johnson's Presidential campaign. For those of you who supported my campaign, with generous donations of your time or money, I encourage you to vote - or not vote - this November as your conscience dictates.

Moving forward, I will be focusing my energy and efforts at the state and local level where there are more opportunities to affect positive change. Since not everyone has the time to travel to the statehouse to testify on legislation, I intend to be a positive, stalwart champion for the people of New Hampshire as a lobbyist for liberty. Historically, advocates for liberty have been poorly represented on most issues, so having a lobbyist working in their interests by weighing in on legislation and influencing members of the legislature is of the utmost importance.

For these reasons, I am proud to announce the formation of Liberty Lobby LLC. Liberty Lobby LLC will begin as a one-man operation in New Hampshire as a beta test to efficacy of crowd-funding our own lobbyists. The mission of Liberty Lobby LLC is to advocate for minimal government and maximum human freedom by weighing all legislation against the litmus of our principles and responding accordingly by testifying on the Statehouse floor, holding court with individual legislators, and crafting liberty-minded legislation.

Our goal is to acquire a mere $5,000 per year in contributions from people like you to help pay for travel and administrative expenses. If you are interested in helping fund Liberty Lobby LLC, you can start with a recurring contribution of as little as $5 a month. Every contribution helps bring us that much closer to achieving our goals and ensuring liberty in our lifetime.