WE APOLOGIZE FOR THE DELAY IN GETTING THE AUDIO FILE UPLOADED, BUT THE MP3 IS NOW IN THE SHOW ARCHIVE - ENJOY!

NO VIDEO OF SHOW TODAY

Matt Philips majored in Politics at Princeton and interned at the Cato Institute along with FSP founder Jason Sorens before joining Internet advertising pioneer DoubleClick in New York City. He then co-founded Right Media, purchased by Yahoo! in 2007. He now lives in New Hampshire, where he is an activist, investor, and Chairman of the board of Ethics and Economics Education, Inc. (also founded by Jason Sorens). He grew up in Phoenix, Arizona, so he doesn't want to hear anyone using the New Hampshire winter as an excuse for not moving. Matt is president of the FSP, starting in this role on March 1, 2016.

President of the Free State Project

Adam graduated from Virginia Tech in 2004, with a Bachelor's of Science degree in Marketing Management.

Since then, he has acquired more than 10 years of digital marketing experience, owning a critical role in the development of an internet marketing agency from the ground up.

Adam is leading the conversation with respect to blockchain-based voting systems and has been featured in publications such as The Roanoke Times, The Independent Voter Network (IVN), Bitcoin Magazine, and The Telegraph.

At his core, Adam is a visionary and a protagonist with a powerful imagination and a deep desire to make a major difference in the world.

Nathan has a Bachelor's of Science Degree in Computer Science from Harding University and a Master's of Science Degree in Computer Science from Rensselaer Polytechnic Institute. He has contributed to research projects in data compression, randomized algorithms, and software obfuscation and reverse engineering. Nathan is one of two chief architects that designed and developed the Graphene Blockchain Framework, which is the foundation upon which Muse, BitShares, and Steem built their blockchains. 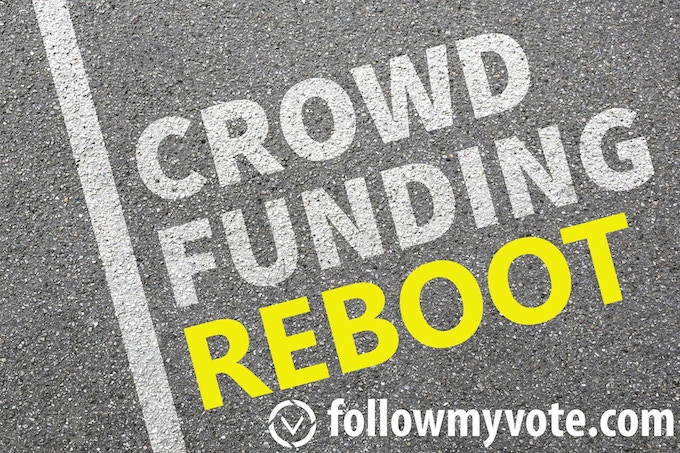 Follow My Vote is changing the game with respect to how voting is done in the United States. With the advent of blockchain technology, we now have the ability to bring voting securely online and make our elections verifiable. Our software will make voting more convenient and accessible to all, while rooting out corruption in elections, once and for all. 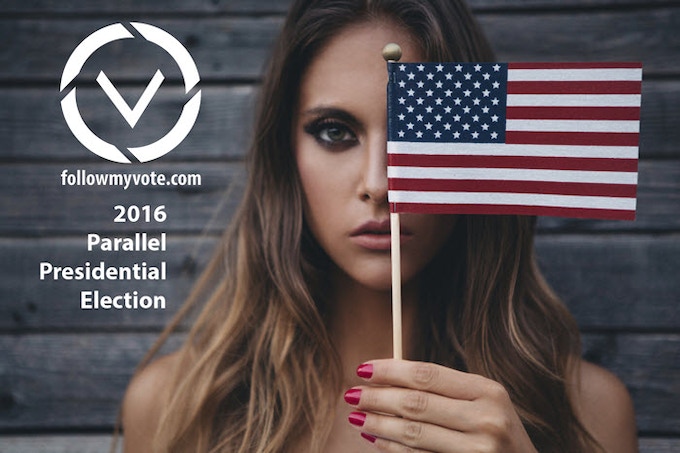 Our first demonstration of this innovative use of blockchain technology will be to host a mock election in parallel to the 2016 United States Presidential Election, which you will learn more about later in this Kickstarter campaign. First, let's take a closer look at the problems we are solving.

We all know that there are major vulnerabilities with the voting processes and systems used in our elections in the United States.

From the hanging chad recount debacle in Florida in 2000 to the disputed recounts that have taken place in various elections throughout the country, the problems we face have become blatantly obvious in recent years.

We've taken the liberty to highlight a couple of troubling examples that have recently been revealed to the American people.

Issues With Our Voting Processes

Did you know that, in Oregon, all voting is done by mail? 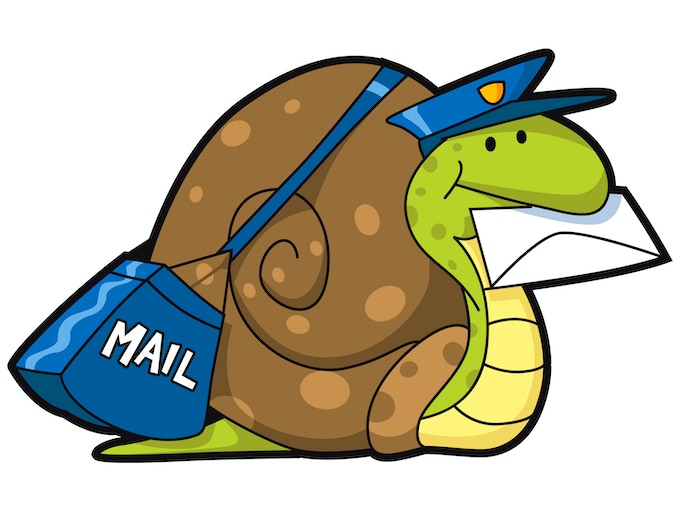 According to the University of Minnesota, 6-15% of mail is being delivered late, and the Postal Regulatory Commission admits that almost 2% of mail is lost by the USPS.  These statistics are alarming and prove that voting by mail is an inherently flawed way to cast your ballot in an election.

What's even more troubling is that the last Governor's race in Oregon was decided by less than 6% percentage points, which means the vulnerabilities that exist within our current voting processes may very well be unfairly impacting the outcome of elections.

Issues With Our Voting Systems 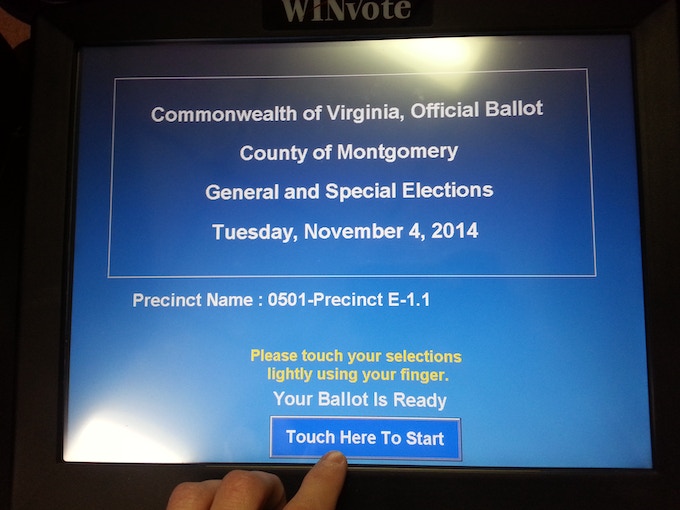 A few weeks later, the Governor of Virginia (Terry McAuliffe) called for an investigation of the security vulnerabilities of the WinVote voting machines. What the investigators found was deeply troubling. An article written by computer scientist Jeremy Epstein, states that "If an election was held using the WinVote, and it wasn't hacked, it was only because no one tried. The vulnerabilities were so severe, and so trivial to exploit, that anyone with even a modicum of training could have succeeded. A hacker wouldn't have needed to be in the polling place—he could have been within a few hundred feet (say, in the parking lot) or within a half-mile if he used a rudimentary antenna built using a Pringles can. Further, there are no logs or other records that would indicate if such a thing ever happened, so if an election was hacked any time in the past, we will never know." 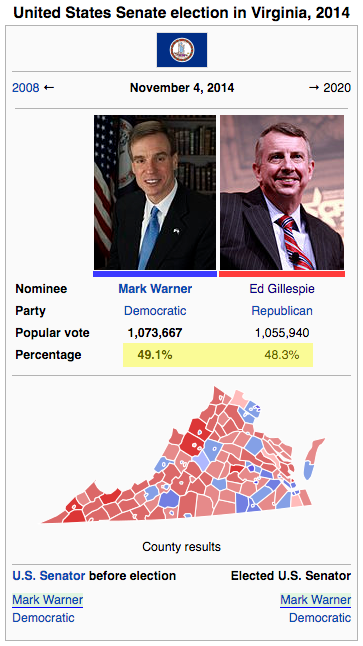 The lack of an audit trail, compounded with the fact that elections can be decided by extremely close margins (for instance, the last Senate Race in Virginia was decided by less than 1%), indicates that even a small amount of tampering could change the outcome of an election while remaining completely undetectable.

Needless to say, once this report was released, the Virginia State Board of Elections voted to immediately decertify the WinVote voting machine, preventing it from being used again in the state of Virginia. 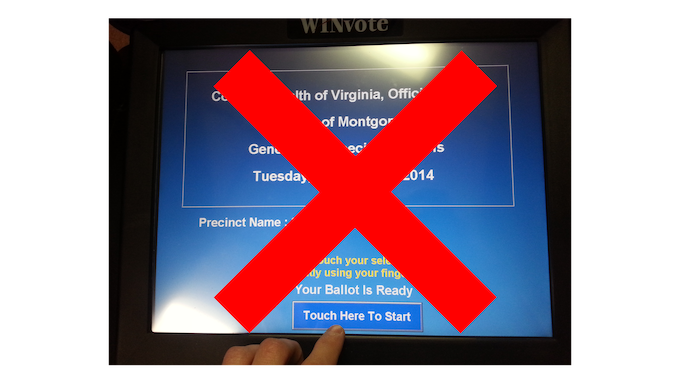 WinVote Voting Machines Were Decertified In VA In 2015

When asked to comment on the issues that Virginians experienced with the WinVote voting machines during the 2014 Mid-Term Elections, Governor McAuliffe was quoted as saying, "We cannot expect Virginians to come to the polls on Election Day if we cannot ensure that their votes will be counted correctly and in a timely manner. The problems Virginia encountered on Election Day this year were unacceptable, which is why I have taken unprecedented steps to replace all legacy voting equipment in the Commonwealth with state-of-the art machines that have paper trails and will update our Department of Elections website." 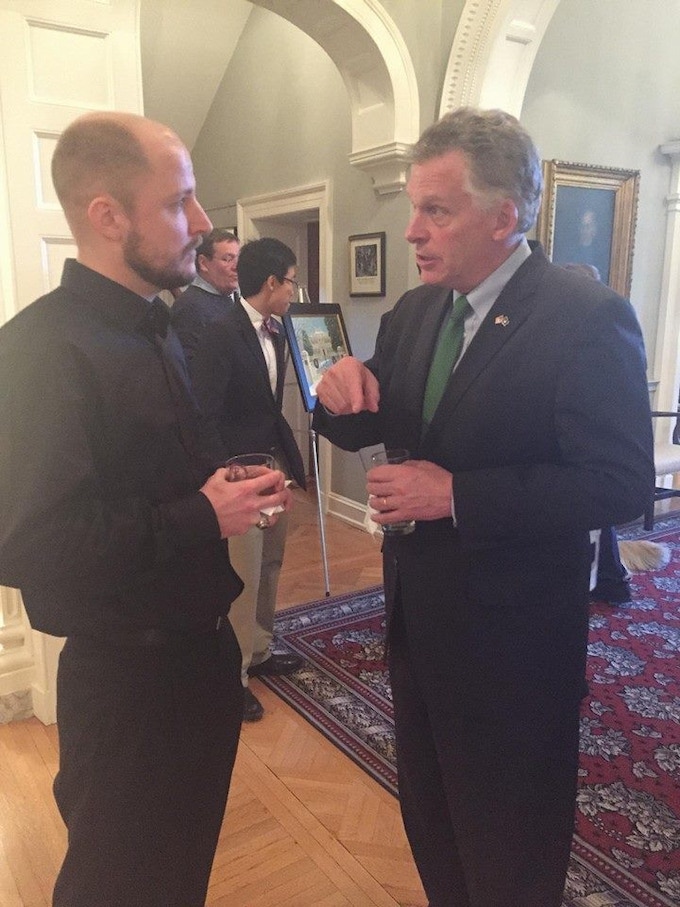 We commend Governor McAuliffe for speaking out against the vulnerable voting systems technology being used in the United States. The good news is that our voting software offers a practical solution to these problems.

In recent years, we have entered a new paradigm of what is technologically possible. When our CEO, Adam Ernest, learned about the power of the blockchain and the fact that blockchain technology could be used to develop a secure and verifiable online voting system, we immediately pivoted our business and began designing the voting platform of the future. 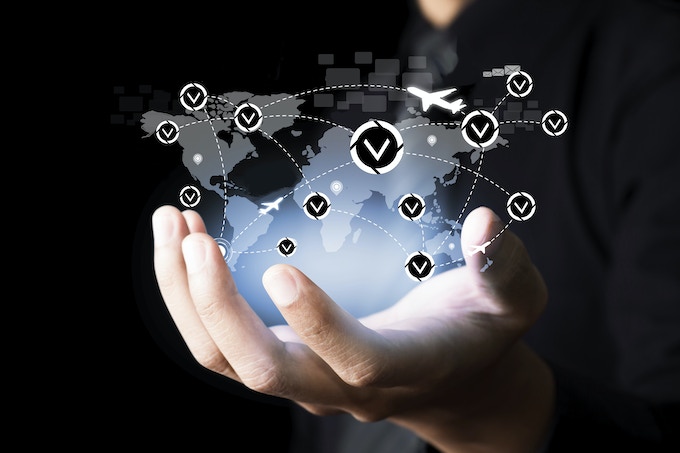 The problems we face with our current voting processes and systems in the United States can be solved by adopting Follow My Vote's verifiable blockchain voting software.

Not only is our technology superior to these "state-of-the-art" voting machines, Follow My Vote's technology can be developed at a fraction of the cost that our federal government spent on the Help America Vote Act (HAVA) of 2002, which amounted to $3,500,000,000. 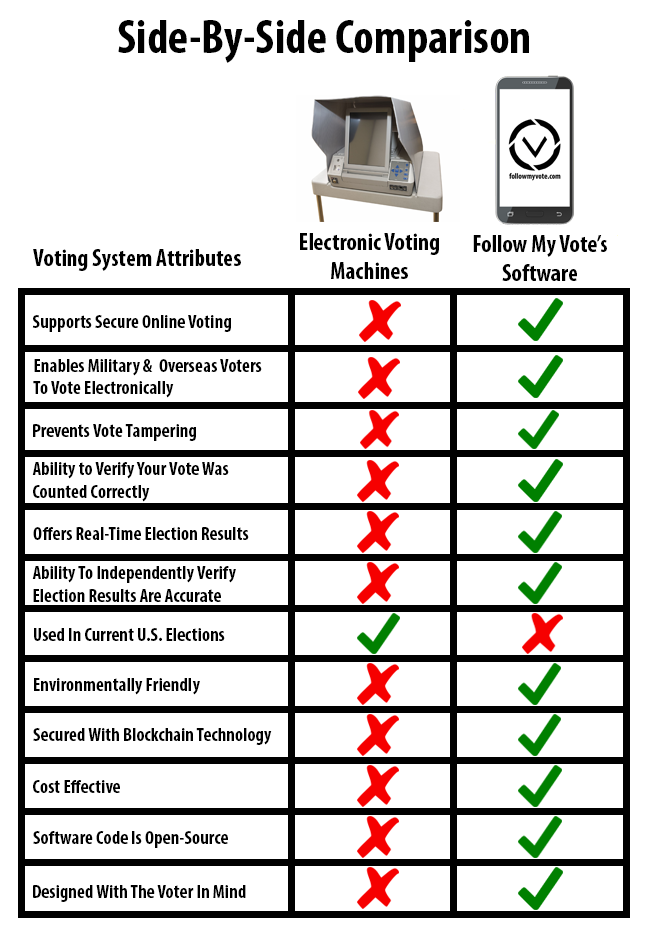 When Comparing The Attributes Of Electronic Voting Machines To Follow My Vote's Voting Software, There Is A Clear Winner!

NOTE: For all of the technology experts out there who simply want to know about our technology and how it works, please feel free to scroll down to the bottom of this page to learn more. 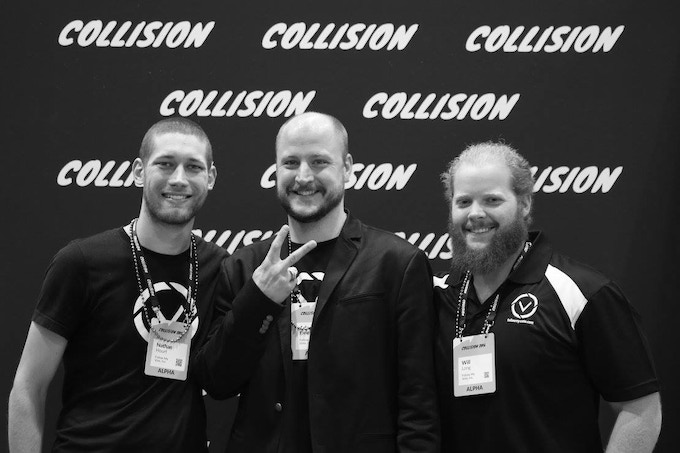 The core team at Follow My Vote is fully committed to bringing this much needed solution to the American people. We are sacrificing everything we have to ensure this project's success and we will stop at nothing see this project through to completion. 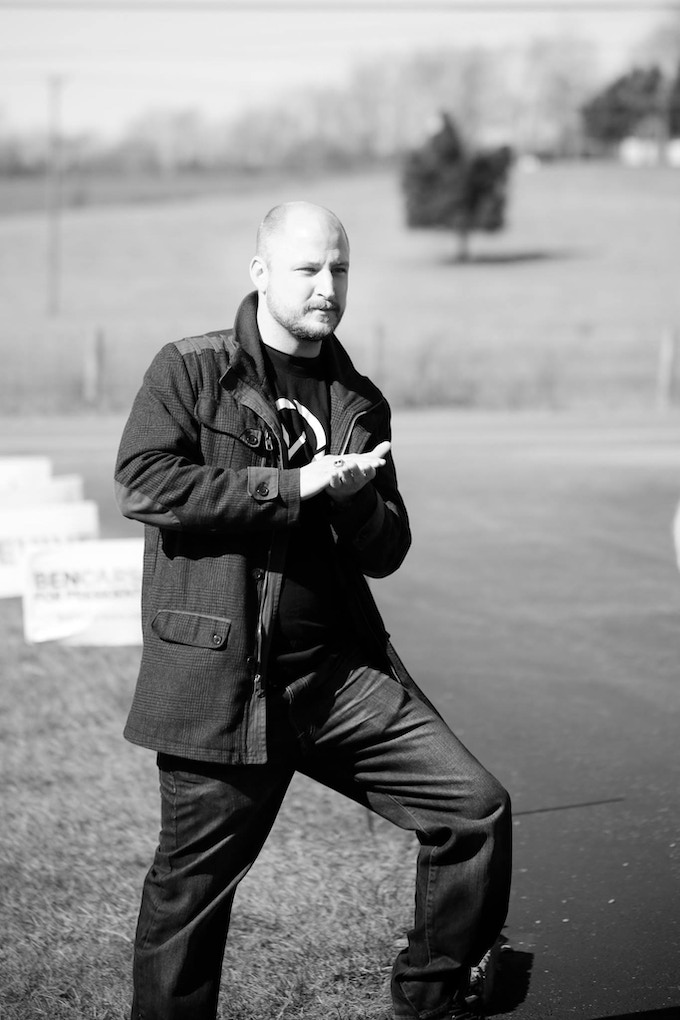 Adam is a graduate of Virginia Tech and a die-hard Hokie fan. In 2004, he received his Bachelor's of Science degree in Marketing Management. Shortly thereafter, he made a name for himself in the internet marketing industry by working with an handful of other people to build a digital marketing agency from the ground up. In January of 2014, Adam left a lucrative career to return to his Alma Mater in Blacksburg, VA, so that he could focus on Follow My Vote. 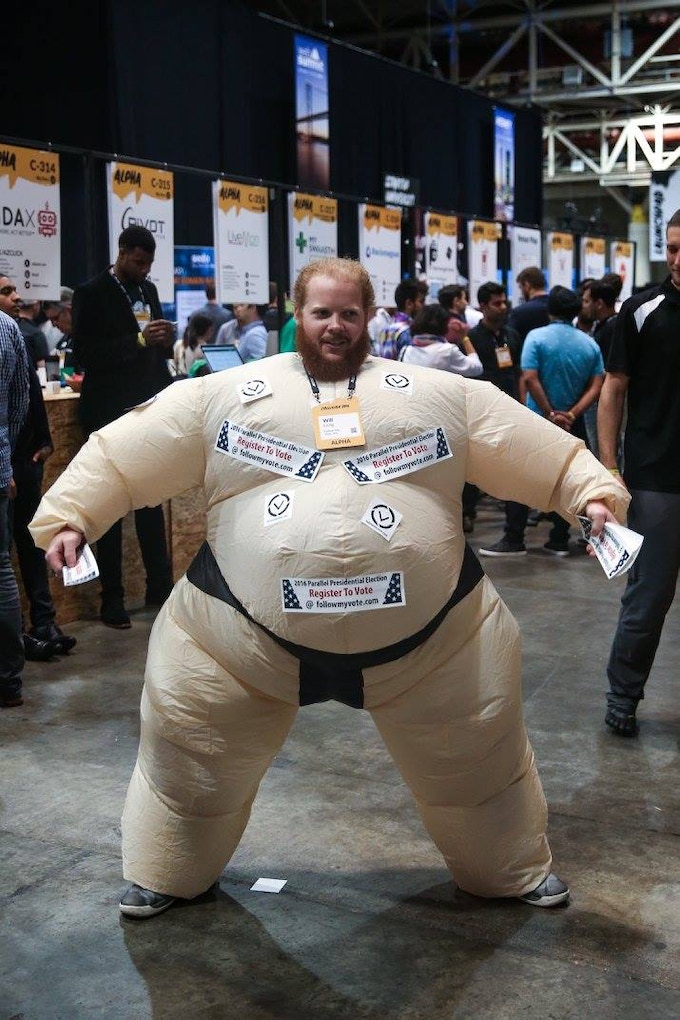 Will joined Follow My Vote as an intern during the spring semester of his senior year. In May of 2014, Will graduated from Virginia Tech with a Bachelor's of Science degree in Marketing Management. Will has proven to be invaluable to our team by consistently generating innovative marketing ideas.

What Types of Bunkers Are the Rich Building? Worlds Top Contractor Tells All

Potatoes are buried at the arrival of winter in Gilgit Baltistan

Myths vs Facts about Covid-19 and Children

Can I Afford Full-Time RVing on Social Security? (2022)