Hour 1 -- Freedom's Phoenix Headline News; Tarzan Keith in studio; 'Mr T' calls in to give an update on Morpheus's arrest, what's next, provides the arrest warrant and no-knock warrant, plus other items (property receipt) plus judges omission in granting the search warrant

Here are some pictures of the property list of what was taken at the time of arrest: 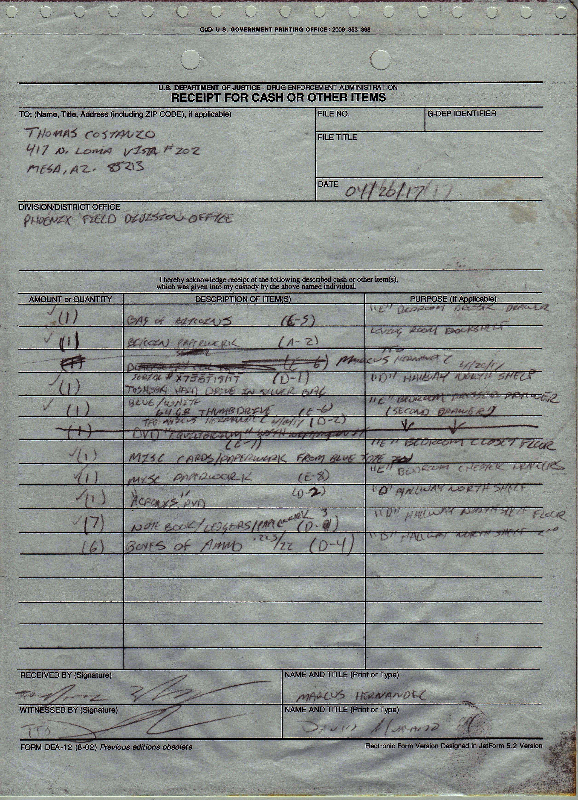 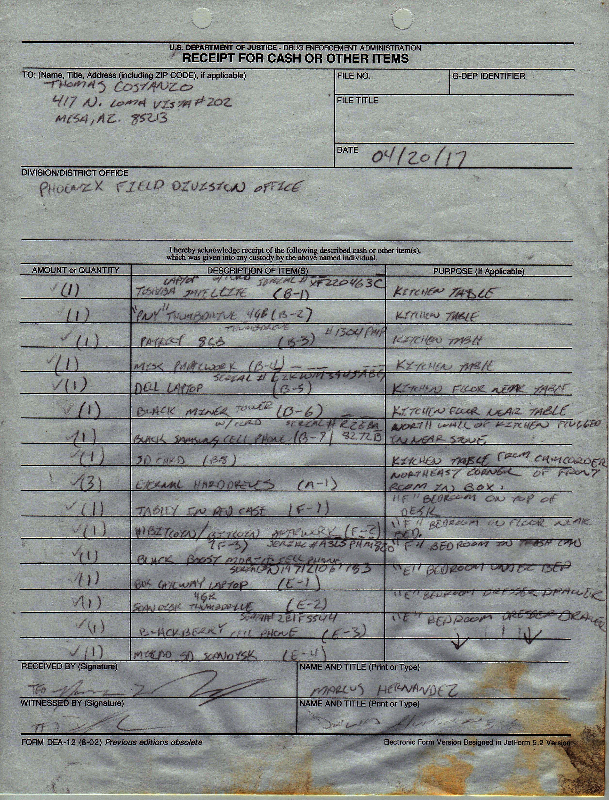 Also, an interesting "purposeful" omission by the judge granting the search warrant. He specifically excluded weapons and ammunition...  Why? (see below):

Request by defense counsel to have the defendant screen for possible Crossroads placement.

Request GRANTED. Pretrial Services is directed to have the defendant screened.

This Court has not made a determination regarding release.

AUSA Melissa Karlen for Carolina Escalante Konti and Matthew Binford for the Government, AFPD Maria Weidner for defendant. Defendant is present and in custody.

Detention Hearing and Status Hearing re:

(Recorded by COURTSMART in Courtroom 302.)

This is a TEXT ENTRY ONLY.

"Nerds Against Humanity" – the So-Called "March for Science"…PDF

"Science" in American Universities is Very Much Like Professional Wrestling. It is Just a Show…

Dante wrote, "The hottest places in Hell are reserved for those who, in times of great moral crisis, maintain their neutrality."

By Robert F. Kennedy, Jr. For many years, public health advocates have vainly urged the CDC and WHO to conduct studies comparing vaccinated vs. unvaccinated populations to measure overall health outcomes.  Now a team of Scandinavian scientists has conducted such a study and the results are alarming.  That study, funded in part by the Danish government and lead by Dr. Soren Wengel Mogensen, was published in January in EBioMedicine.  Mogensen and his team of scientists found that African children inoculated with the DTP (diphtheria, tetanus and pertussis) vaccine, during the early 1980s had a 5-10 times greater mortality than their unvaccinated peers. The data suggest that, while the vaccine protects against infection from those three bacteria, it makes children more susceptible to dying from other causes.

The scientists term the study a "natural experiment" since a birthday-based vaccination system employed for the Bandim Health Project (BHP) in Guinea Bissau, West Africa had the effect of creating a vaccinated cohort and a similarly situated unvaccinated control group.  In the time period covered by this study, Guinea-Bissau had 50% child mortality rates for children up to age 5.  Starting in 1978, BHP health care workers contacted pregnant mothers and encouraged them to visit infant weighing sessions provided by a BHP team every three months after their child's birth.  Beginning in 1981, BHP offered vaccinations at the weighing sessions.  Since the DPT vaccine and OPV (oral polio) immunizations were offered only to children who were at least three months of age at the weighing sessions, the children's random birthdays allowed for analysis of deaths between 3 and 5 months of age depending on vaccination status.  So, for example, a child born on January 1st and weighed on April 1st would be vaccinated, but a child born on February 1st would not be vaccinated until their following visit at age 5 months on July 1st.