Roger Ver has been a longtime proponent of voluntaryism, the idea that all human interactions should be by mutual consent, or not at all. He is most well-known for his work promoting Bitcoin. In 2011, his company, Memorydealers.com, became the first mainstream company to start accepting bitcoin as payment. He then went on to create Bitcoinstore.com, the first website in the world to accept bitcoin as payment for hundreds of thousands of items, and was the impetus for the future wave of merchant adoption. He also became the first person in the entire world to start investing in Bitcoin startups. Nearly singlehandedly, he funded the seed rounds for the entire first generation of Bitcoin businesses.

Some other notable actions were:

His resulting $1M USD donation to the Foundation For Economic Education, fee.org
https://www.youtube.com/watch?v=orzhba2dV1A

His $160,000 donation to the defense of Ross Ulbricht, creator of the Silk Road
FreeRoss.org

His paying over $100,000 for national radio ads on more than a hundred stations across the USA advertising Bitcoin from 2011 to 2014

Giving away thousands of bitcoins all over the world, to anyone who would listen.

In his earlier life, he was most influenced by the works of Murray Rothbard, but was also inspired by the likes of Fredric Bastiat, Henry Hazlitt, Leonard Read, Frederick Hayek, Adam Smith, Milton Friedman, David Friedman, and many others in the Austrian school of economic thought.
More information on these types of ideas can be found at www.fee.org and www.mises.org

More recently he has been inspired by the works of Larken Rose, and Michael Huemer on philosophy regarding the legitimacy of government's right to exist at all.

I'm currently involved in numerous Bitcoin related projects. Bitcoin is the most important invention in the history of the world since the internet. If you don't already know about it, google it. Useful Bitcoin related links:

WHAT IS BITCOIN? - PDF

Stan Larimer has forty years experience in engineering, program management, business development and even teaching rocket science at the US Air Force Academy. He has contributed on 17 different aerospace R&D programs for air, ground, sea and space systems. He served with Boeing, Lockheed Martin, Northrop Grumman, and SAIC as consultant, tech lead, program manager and corporate officer. For the past four years he has been building a new industry to develop unmanned companies that produce smart currencies and other decentralized financial services.  He is known as "the Godfather of BitShares" the leading real-time digital currency.  His son, Dan Larimer is the inventor of real time blockchain technology used in, among others, BitShares, Steemit, Peerplays, and soon EOS.

My most recent interview was an hour on The Crypto Show last week, if you need a sound check:

Dylan's enterprises are permeated with the skills of a Visionary Entrepreneur, who is dedicated to social and cultural change.  He activates potential synergies, cross-pollinating practices and technologies across various industries, while creating new business collaborations with both for-profit and non-profit umbrella structures.

Dylan has spent the last decade working closely with startups and NGOs, and has contributed to establishing global organizations and think tanks, including Global Genius Trust, Hanging Gardens Trust, Global Leadership for Change, NoAgenda and Miracle Corners of the World, The UBUNTU Movement and many nonprofit organizations internationally.

Dylan is spearheading the 1 Billion Hero Challenge, challenging Co-Founding Hero's to coordinate their networks together to invite 1 Billion of their fans and supporters into a new prosperous economic system.

As an early adopter of Bitcoin, Michael became known as a "Blockchain Evangelist" back in 2013. Michael is heavily involved in developing Blockchain technology business services, with founding partnerships with Cryptonomex, an advanced custom Blockchain development company, and Remittio, a highly secure digitally encrypted global banking solution that allows you to convert 44+ digital currencies to spendable cash loaded into any debit card or bank account.

You can review what we are doing at these sites:

steemit.com/@stan - all of my blog articles

My Skype ID is "nybblemeister"

Here are my answers to the Five Questions you gave to Eddy:

BitShares has been operational for about three years and currently processes more peak transactions per day that Bitcoin and Ethereum combined.

How secure is it?

There are good arguments that it is far more secure than Bitcoin.  For example, just three mining company CEOs sign more than 51% of Bitcoin's blocks and no one can take their hash power away from them if they misbehave.  BitShares limits individual signers to 4% of the blocks and you must earn and maintain a strong reputation with bitshareholders to get that limited authority. Once burned, it is hard for someone to rebuild a reputation and ever sign a block again.  Authority is strictly limited to witnessing transactions and misbehavior is instantly detected and weeded out.  Total market cap of chains using this DPOS technology exceeds $1B and has been operating without security incident since inception in 2014.

How private is it?

By default, transactions are public.  However stealth transactions are built-in and available.  Current GUI support to access this is limited, but under development by a third party.  It is easy to create anonymous accounts.

Low or no transaction fee?

Currently basic transfer fee is about 3 cents.  On sister chains for Steemit and EOS transactions are free.  BitShares will probably adopt free transfers when it upgrades to EOS technology next year. 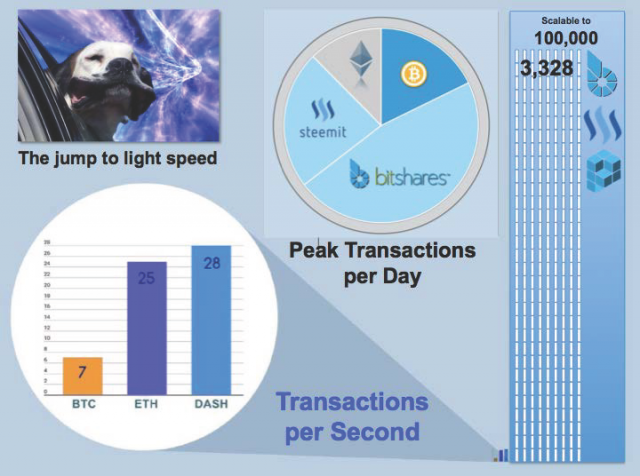 Bitcoin went through it's recent (and recurring) fork crisis with Bitcoin Segwit/Cash all to gain a mere 7 to 14 extra transactions per second while BitShares is routinely processing thousands per second with tens of thousands left over for growth.

And BitShares has stabilized assets that track the value of USD, CNY, EUR, Gold, Silver, Bitcoin, etc without counter party risk.  The Hero, our flagship market pegged asset, is defined as "the value of the US Dollar since December 23, 1913 plus 5% APR" and offers ordinary savers stable growth at 5% APR against the dollar taxed as capital gains, not ordinary income.  It is the antidote to Federal Reserve mismanagement.

And, BitShares implements an entire decentralized exchange on the blockchain trading hundreds of assets in real time without the counter party risk found in the centralized Mt. Goxes of this world.

The Godfather of BitShares and the HERO 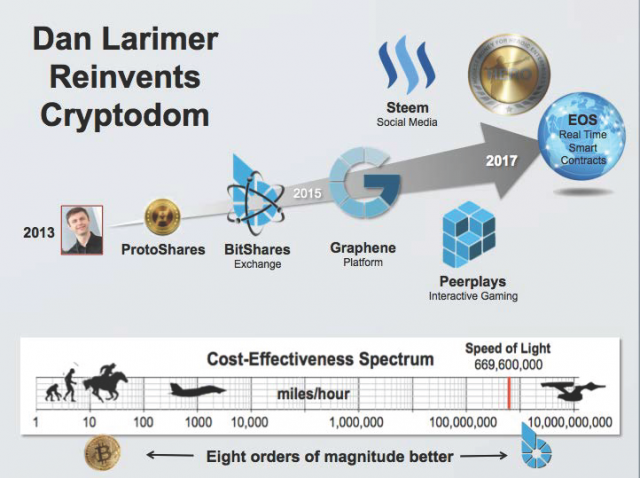 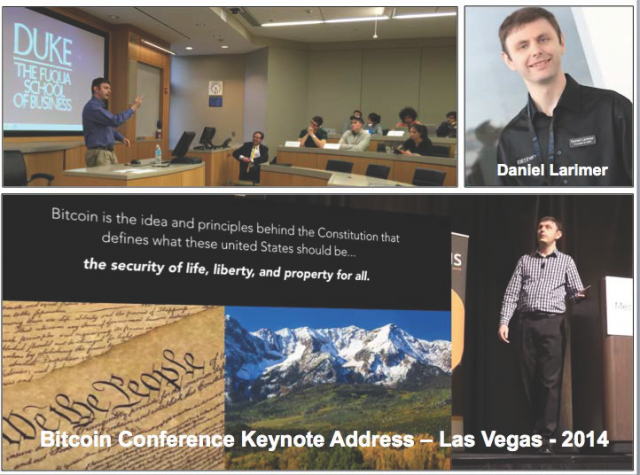 Tone has worked on Wall Street for almost 10 years starting as a Risk Analyst at Bear Stearns and later becoming a VP at JP Morgan Chase in the aftermath of the 2008 financial crisis. His expertise is in Economic Trends, Trading and Risk Analysis. Ever since getting involved in the Crypto Currency ecosystem in early 2013, he has been very active in spreading the relevance and importance of this technology as it helps promote economic freedom. Tone was recently featured in a Bitcoin Documentary – Magic Money. Tone is now an independent content creator at LibertyLifeTrail, on his YouTube Channel & WorldCryptoNetwork focused on sound economics & finance. Tone holds a Masters Degree in Financial Engineering from Florida State University along with Bachelor Degrees in Mathematics and Geology. 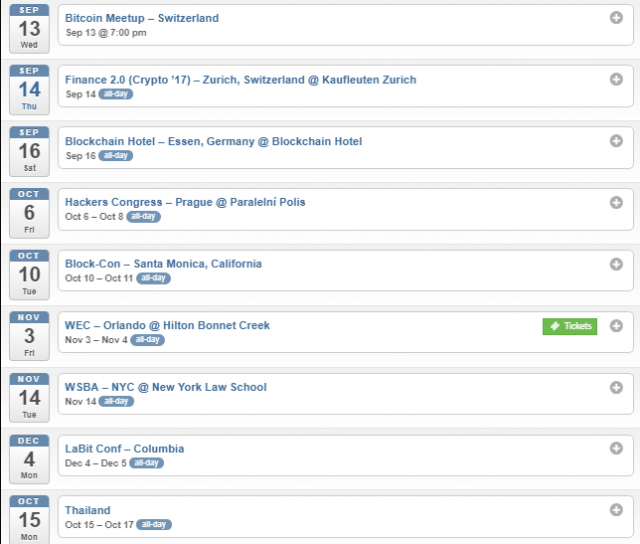