Hour 2-3 - Dr. Phranq Tamburri In Studio for a the Trump Report - Tim Picciott (The Libertarian Advisor) and Keith Cyrnek (aka Tarzan Keith - local activist) come in studio to join the conversation

CEO http://Trive.news  The truth is the truth no matter who speaks it

Trive™ is a Nash Equilibrium Global Consensus engine that researches and clarifies Truth through Human Swarmed crowd wisdom using blockchain based rewards and verification mechanisms. Using crowdsourced research, game theory and cryptocurrencies it will enable people all over the world to research, verify and score the truth of almost any piece of knowledge. We implement this by using game theory, blockchain and cryptocurrency to incent rational behavior. The resulting effort is hashed/stashed to the blockchain via a smart contract to ensure the sanctity of the Truth Hive (Trive™) process.

Buy your Trive Tokens from any non-exchange wallet. Use wallets like My Ether Wallet, Mist, Parity, etc. Send Ether and get Trive coins in return. Please only send Ether!

Hour 2 - Dr. Phranq Tamburri In Studio for a the Trump Report - Tim Picciott (The Libertarian Advisor) and Keith Cyrnek (aka Tarzan Keith - local activist) come in studio to join the conversation

The Libertarian Advisor uses his passion and strong knowledge of Finance, Austrian Economics, Monetary History, Geo-Politics and Small Government ideals; to wake people to the corrupt system they are currently consenting to.

This site is interested in exposing: the false left-right paradigm, media double standards, lying politicians, while investigating the money angle behind the important issues.

Strong emphasis on Libertarian not Liberaltarian 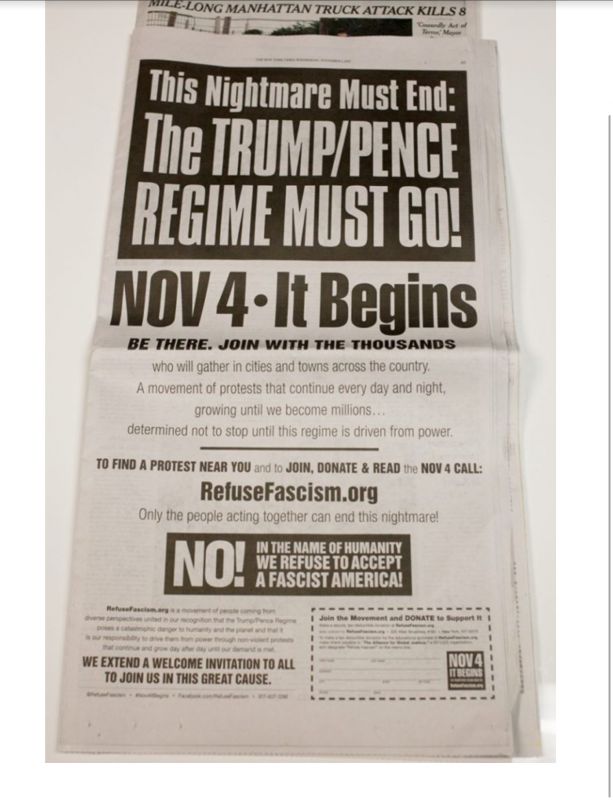 Hour 3 - Dr. Phranq Tamburri (Cont'd) In Studio for a the Trump Report - Tim Picciott (The Libertarian Advisor) and Keith Cyrnek (aka Tarzan Keith - local activist) come in studio to join the conversation

Committee on Foreign Investment in the United States

The Committee on Foreign Investment in the United States (CFIUS, commonly pronounced as if "Cifius" /?s?fi.?s/) is an inter-agency committee of the United States Government that reviews the national security implications of foreign investments in U.S. companies or operations. Chaired by the United States Secretary of the Treasury, CFIUS includes representatives from 16 U.S. departments and agencies, including the Defense, State and Commerce departments, as well as (most recently) the Department of Homeland Security. CFIUS was established by President Gerald Ford's Executive Order 11858 in 1975. President Reagan delegated the review process to the Committee on Foreign Investment in the United States with the Executive Order 12661 in 1988. This was in response to U.S. Congress giving authority to the President to review foreign investments, in the form of Exon-Florio Amendment.

Kevin Spacey is Scum of the Earth

Kevin Spacey is the latest Hollywood star to be wrapped in what's going on. Read my book, The Illuminati in Hollywood, which came out last year and specifically mentions Kevin Spacey flying on Jeffrey Epstein's Lolita Express.

The Demographic Cliff: How to Survive and Prosper During the Great Deflation Ahead

Throughout his long career as an economic forecaster, Harry Dent has relied on a not-sosecret weapon: demographics. He can explain why our economy has risen and fallen with the peak spending of generations, and why we now face a growing demographic cliff with the accelerating retirement of the Baby Boomers around the world.

Inflation rises when a larger than usual block of younger people enter the workforce, and it wanes when large numbers of older people retire, downsize their homes, and cut their spending. The mass retirement of the Boomers won't just hold back inflation; it and massive debt deleveraging will actually cause deflation.