Hour 1 - Nick Lambert (Chief Operating Officer for MaidSafe.Net) comes on the show to provide an update on MaidSafe.Net and the decentralized internet

Hour 3 - Sonia Barrett (Author; Producer) on The Business of Disease

Nick comes on the show to provide an update on the progress of getting MaidSafe online...

Nick started his working life in project management roles with IBM and Sanmina SCI, before a change in tack led him into senior marketing positions with a diverse range of companies,

which included a successful exit to a large US corporate. Nick has an MSc in marketing and is responsible for managing all aspects of MaidSafe's business, including overseeing the firms

An introductory overview of the Secure Access For Everyone (SAFE) Network. Find out why this technology is so important, the problems it solves, and discover many of the network's unique features.

The purpose of the development roadmap is to provide an indication of the SAFE Network's release history, rollout strategy, as well as our near term development focus.

Client test. The release of the SAFE Launcher and the SAFE Demo App enabling users to create their own account, and to store/retrieve private data.

Release of the alpha network and API version 0.5.

Enable user to run their own Vaults from home using TCP port forwarding or UPnP.

The core network and fundamental functionality is provided via an initial implementation. This is the first public testing phase.

Our immediate development focus (alpha 2) is to provide Mutable Data and authenticator pattern (with the new SAFE API) SAFE Browser DOM APIs and Node.js SDK along with example apps, tutorials and documentation. This new data type and API paradigm is specifically catered for mobile platform support.

Our focus with Alpha 3 (Secure Autonomous Network) is an autonomous secure routing layer that will integrate the first part of data chains and node ageing, enabling users to run routing nodes. This network will provide secure transient data and will be well suited to facilitating secure messaging apps.

During Alpha 4 we will incorporate the data layer through the reintroduction of user run vaults. The data element is much more straightforward after the secure routing layer is in place and this will facilitate a much broader range of decentralised apps.

There will be many testnets between alpha networks and looking beyond alpha 4 we will focus on:

A security audit of the network.

Alpha implementations are reiterated and improved, based on user feedback

The fundamental feature set is stabilised to provide greater security, resilience and efficiency.

DOWNLOAD THE SAFE NETWORK PRIMER - AN INTRODUCTION TO THE NETWORK

Blockchain based storage solutions that store a data identifier (e.g. hash) in a blockchain, but store the data 'somewhere else' do not improve the security of our data. That 'somewhere else' still needs to be secured, and if this data can be deleted, or our access denied these 'solutions' are not fit for purpose. The SAFE Network removes people from the management of our information to protect the world's data.

The SAFE network is autonomous and decentralised. It is not a set of federated servers, or owned storage locations, or identifiable nodes, nor does it contain a blockchain.

Lowest possible price through a perfect market. No humans setting prices for network services, the network continually adjusts and sets prices at the lowest possible costs based on available resources and user demand.

The currency is the data. The SAFE Network's currency is data and is secured on SAFE like all forms of data. In essence, the network is the ledger, but here that ledger is private and integrated, not an add-on.

The ultimate smart contract. SAFE stores and protects all data within a network that has been designed for this specific task, and Farmers are paid for their excess resource that comprise the network. The network calculates the costs of services (such as storage, communications and in time computation) providing it to the user at the lowest possible cost. You should think of this as the ultimate smart contract.

Safecoin. The mechanism that incentivises the provision of resources by the network, measuring and rewarding value without wasting any resources (no proof of work).

WHAT DO WE MEAN BY AUTONOMOUS?

Hour 3 - Sonia Barrett (Author; Producer) on The Business of Disease

Sonia Barrett is the executive producer of the award winning documentary The Business of Disease.

Sonia Barrett is known for her cutting edge insights with much of it supported by quantum physics. Theoretical Physicist Dr. Amit Goswami refers to her as a true mystic. Her work bridges the gap between science and spirituality in a simplified format. She addresses the programming, beliefs and concepts by which we have lived our lives both individually and collectively.

Sonia Barrett is the author of The Holographic Canvas: The Fusing of Mind and Matter and her second book, A Journey of Possibilities. She is also the publisher of the book Health: An Inside Job an Outside Business (a supplement to the film- each chapter is written by those in the film) and her latest book and 7 Day Program, Simple ways to step outside of your comfort zone; Letting go of an outdated life.

She has been  a popular radio guest appearing on such shows as Coast 2 Coast AM with host George Noory, Red Ice Radio, Conscious Media Network/Gaia TV and a host of others..

Sonia Barrett has been a Key note speaker at such conferences as the Alchemy Conference, Conscious Life Expo, the ISSSEEM conference, Conspiracy Con, The Bay Area UFO Conference and more. She has appeared on panels with such visionaries as Bruce Lipton, Ph.D, Dr. Jacob Liberman, Amit Goswami Ph.D, Rev. Michael Beckwith and others.

She has appeared in a number of documentaries, Openings; a search for Harry, Ghetto Physics the movie Co-produced by E Raymond Brown and Will Arntz (Producer of What the Bleep do we know) iTHINK, and soon to be released Punk Science the Movie, produced by Dr. Manjir Samantha-Laughton.

"Recognizing our spiritual and perceptual boundaries and comfort zones is a major factor in our quest for answers. In general we are unaware of what we don't know and the distance widens even further when we are affixed behind a barrier of limiting beliefs. Reality is a great science that has no boundaries only those that we create for our comfort. There is no right or wrong way to grow but it can be of tremendous assistance in recognizing the limitations which hold us bound. " Sonia Barrett

A Journey of Possibilities

Sonia's second book - Are those possibilities restricted by the systems design and programs; Who controls the game?

Health; An Inside Job An Outside Business

Sonia's suppliment to her film -"Simply put, disease is a struggle. It is a struggle that the body engages in on its own behalf. 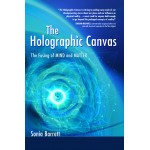 The Holographic Canvas, the fusing of mind and matter

The Business of Disease 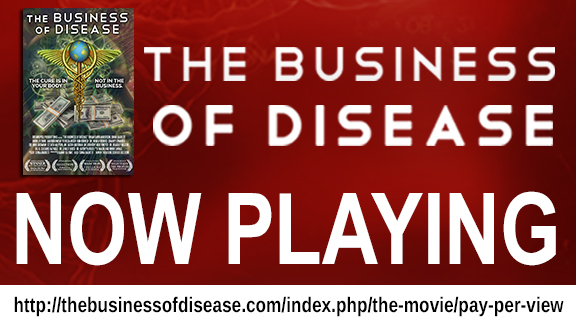 "The Business of Disease" Documentary

Opens up the pill bottles of Big Pharma and delves into how we are marketed to overlook our own ability to self-heal.

On February 21, 2017 The Business of Disease Documentary (BOD) launched on TV and Internet platforms in both the US and Canada.

As political battles affect and infect our access and quality of health care in the U.S., this film examines how the psychological conditioning by Western Medicine is being made the prime directive for the administration of our health care system. BOD encourages us all to be unafraid to disengage and instead take responsibility for our bodies, minds and spirit.

Producer and author Sonia Barrett's interviewed guests present their insights into the current model of health care - a model known for treating symptoms rather than curing diseases. Through the insights of these neuroscientists, psychologists, nutritionists and others, she further provides the viewer an understanding of the relationship between the body, brain and mind and their influence on dis-ease. The effect of human emotions is also made evident as supported by scientific studies referenced in the film. Experts and scientists include Bruce Lipton PhD, Epigenetics, Amit Goswami PhD Theoretical Physicist and many more!

IT IS ALSO AVAILABLE ON DVD! CLICK HERE TO ORDER

Report: Kamala Was on a "Secret Mission" in Guatemala That Had Nothing to Do With "Th