Hour 1 - UDPATE - Karen Kwiatkowski (Retired U.S. Air Force Lieutenant Colonel) will be on the show tomorrow morning Hour 1 (talking about Syria, Russia, Trump taking us to war) as she had to deal with a sick horse. So..... Ernest went over the headline news on Freedom's Phoenix

A Pro Trump Libertarian's assessment of the President

A Pro Trump Libertarian's assessment of the President

After last Friday's Syria strike... which we don't spend very much time on because that was covered on the last podcast.... what is our take on the President?

As an ardent supporter of the President and as a die hard Ron Paul fan... what is the current state of affairs for a Pro Trump Libertarian?  The first 20 minutes we give a background of our support and point out some positives.  Then we get into how we are running out of time and there is no more time to play 4D chess.

Appreciate everyone who has been subscribing, sharing and downloading.

There were a few more issues I wanted to get into but I'm current battling severe allergies, a sore throat and a cough.  Expect the second part of this which will focus on previous Syrian false flags and the President's response later this week.

Hillaries many lie's and crimes:http://libertarianadvisor.com/2016/11/07/an-exhaustive-compilation-of-hillarys-crimes-lies-hypocrisies-and-connections-2/

Here is what John has been working on...

As you know, I was on the Black Box voting Fraction Magic Team and I  know how it works.

We know that Fraction Magic can change vote tallies on the fly. However, it cannot change a hand marked paper ballot images on the fly that are married/peg to the ballot, that are marked by the voters.  Is that why the images are being illegally destroyed or hidden in many states?

My longtime friend and attorney Bill Risner says, they're destroying the ballot images because they are protecting they're right to cheat now, or in some future election.

We already done this in Arizona, Alabama and now Ohio is next. 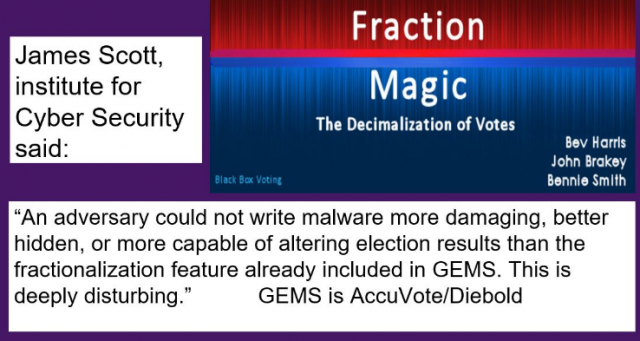 Another big problem that has me very concerned that we are not addressing in our letter or in the lawsuit, is the two largest counties, Cuyahoga and Franklin, can start running Early and Absentee ballots 19 days out. They want to move the ballot tabulation data daily, from the ES&S DS850 (high speed Digital Scanner) and then moving data on thump drives without the ballot images daily and placing then in a fireproof safe.   The safest place to leave the data is in the DS850! And Turn on the setting "save all images."

I personal think it is a sneak and peak operation and the data is safer being kept in the DS850 as designed.  Before 2016 they couldn't start counting until election day. Think about it, wouldn't you want two know more than two weeks out of any given Sunday, who was going to win all the football games on Sunday.

You also would know how much of a fraction magic attack to dial in, http://blackboxvoting.org/fraction-magic-video/  by air gapping a virus ....:  https://www.cyberscoop.com/election-hacking-voting-machines-alex-halderman/

Democracy does depend on what we do.

The data that counties have routinely been destroying is the digital ballot images that are produced by the new generation of the scanners that digital scan paper ballots. When a paper ballot is fed into the scanner, a digital image is captured. It's the votes on these images, not on the paper ballots, that are counted by the machines. Therefore, the digital images are part of the chain of custody and can be essential in determining whether the votes were counted properly.

While it can be impossible to get election officials to allow public access to the original paper ballots, the reasons they say no do not apply to the digital ballot images. Just this week a court in New York ruled that these ballot images are part of the public record.

But, of course, the public can't get access to data if it's been destroyed! That's why we're trying to make sure the ballot images will be preserved.

SoS Jon Husted needs to issue a simple directive to all counties that have digital scanner that count hand marked paper ballots, set to NOT to destroy ballot images. These images are public records that are protect by law and destroying them is illegally. See link to letter dated 4-10-2018 to SOS of Ohio Jon Husted: https://drive.google.com/open?id=1x4knoAlEB-l9Z4E0Q8s3Y0v0lElDJoYY No response has been received, so we must go to court.

We've gotten favorable court rulings in similar cases in both Arizona and Alabama. In Arizona, the judge asked the defendant, "If you take voted ballots, take a photocopy of them and use those copies to count votes, what makes you think that you can destroy them?"

A draft of the complaint, which is still being edited, is attached. The case will focus on the three counties we believe are planning to destroy the ballot images.

Clearly, these folks don't want elections that are transparent, track-able and publicly verified.

For more information about digital ballot images and AUDIT-USA, visit our website: http://auditelectionsusa.org

Thank you for your help!!! 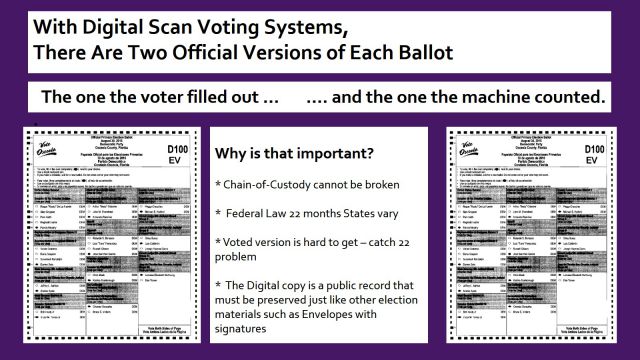 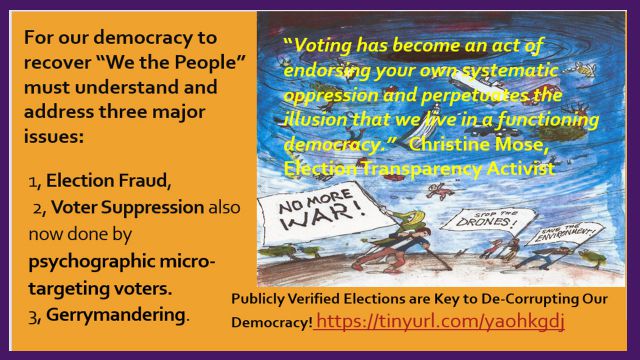 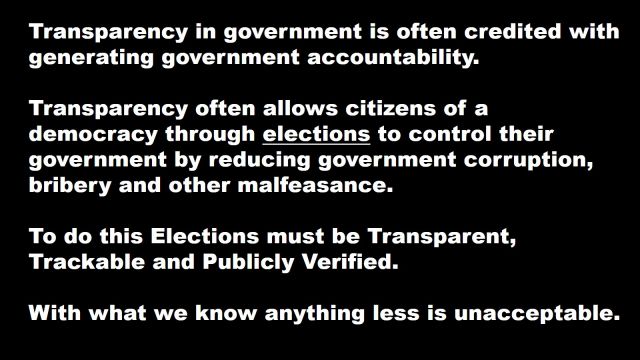 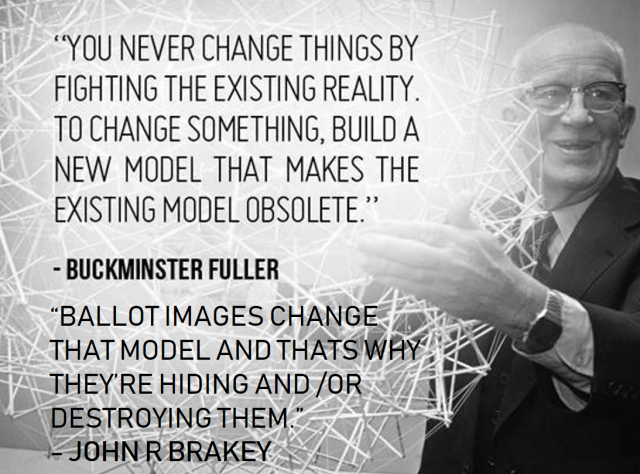 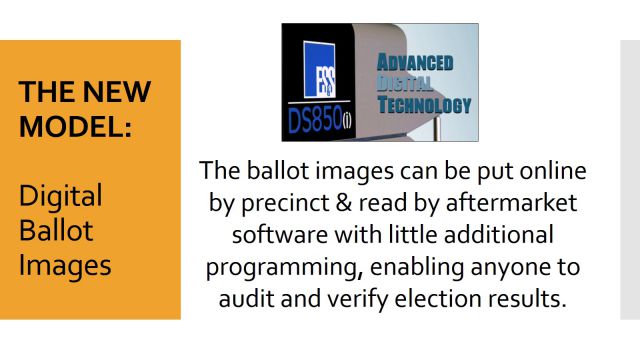