Shed the illusions about wars, terrorism, politics, education, money and banking, mass shootings, elections, health care, the media, and everything in between. That's why I created Red Pill Expo.

Red Pill EXPO is the major annual event of Red Pill University, founded in 2017 to help truth seekers better understand how the world really works – contrary, in many cases, to commonly held illusions. The visionary behind the University is G. Edward Griffin, author of the famous exposé of the Federal Reserve, The Creature from Jekyll Island. The mission of the University and the EXPO is to bring together world-class experts to set the record straight on fake narratives, fake history, and fake news. The EXPO also is a fundraiser for developing 'campuses' of Red Pill University consisting of teachers and students working together as 'boots on the ground' to achieve social and political influence at the community level. Thanks for helping to make this happen.

Just because is it called a "Standard" ticket doesn't mean you aren't special. Red Pill Expo is the networking event of the year!

You pay a little more for special treatment, but Oh, what special things we have for you!

Special Instructions: Add desired Admission types to the Cart, then go to Cart and specify the Quantity of Admissions for each type and Apply any Discount Code. Exhibitors must also purchase at least one General Admission in addition to an Exhibitor Admission!

EARLY BIRDS: Your 10% Discount Code is EB2018, and it will extend until May 15th. If you received a different special Discount Code in an email, please enter it instead.

G. Edward Griffin is the author of The Creature from Jekyll Island; A Second Look at The Federal Reserve and World without Cancer; The Story of Vitamin B17. He is Founder of Freedom Force International and Chairman of The Red Pill Expo.

With Perspectives on Money and Investing That Often Contradict Conventional Wisdom, Robert Has Earned a Reputation for Straight Talk, Irreverence and Courage.

Christopher Monckton, Third Viscount Monckton of Brenchley, has held positions with the British press and in government, as a press officer at the Conservative Central Office, and as Prime Minister Margaret Thatcher's policy advisor. He is a policy advisor to The Heartland Institute.

Tom DeWeese is one of the nation's leading advocates of individual liberty, free enterprise, private property rights, personal privacy, back-to-basics education and American sovereignty and independence. He is the founder and CEO of the American Policy Institute.

Rep. Matt Shea is recognized nationally as a Constitutional conservative and a pro-liberty legislator. He was elected to the Washington House of Representatives in November 2008.

Del Bigtree is the producer of VAXXED, the runaway hit documentary on the dangers of Vaccines and their relationship to the massive increase in Autism cases in children.

Larry Pratt is the Executive Director Emeritus of Gun Owners of America. GOA is a national grassroots organization representing more than 1.5 million Americans dedicated to promoting their Second Amendment freedom to keep and bear arms.

Paul E. Vallely retired in 1991 from the US Army as Deputy Commanding General, US Army, and Pacific in Honolulu, Hawaii. General Vallely graduated from the US Military Academy at West Point in 1961 and served a distinguishing career in the Army. He served in many overseas theaters to include Europe and the Pacific Rim Countries as well as two combat tours in Vietnam.

Patrick Wood is a leading and critical expert on Sustainable Development, Green Economy, Agenda 21, 2030 Agenda and historic Technocracy. He is the author of Technocracy Rising: The Trojan Horse of Global Transformation (2015) and co-author of Trilaterals Over Washington, Volumes I and II(1978-1980) with the late Antony C. Sutton.

Chris Martenson, PhD (Duke), MBA (Cornell) is a well-known economic researcher and futurist specializing in energy and resource depletion, and is co-founder of PeakProsperity.com

Trevor Loudon is an author, filmmaker and public speaker from Christchurch, New Zealand. For more than 30 years, he has researched radical left, Marxist and terrorist movements and their covert influence on mainstream politics.

Dr. Duke Pesta is a renowned expert on education and Common Core, and is  a professor of English at the University of Wisconsin. He also serves as a policy advisor on education with The Heartland Institute.

Russell Gray is the co-host of The Real Estate Guys™ Radio and TV Shows.  Russ is a financial strategist with a background in financial services dating back to 1986.  As a faculty member for the California Association of Realtors, Russ taught Real Estate Finance to Realtors® pursuing the prestigious GRI designation.  He is a popular speaker and author.

Alex Newman is an award-winning international journalist, educator, author, and consultant. In addition to serving as president of the small media and information consulting firm Liberty Sentinel Media, Inc, he has written for a wide array of publications in the United States and abroad. He currently serves as a foreign correspondent for The New American magazine, a contributor to WND, and more.

Dan Happel is an expert on Agenda 21, Sustainable Development and property rights issues. He hosts Connecting the Dots radio program and serves on numerous boards,  including Freedom Force International.

Debbie Bacigalupi is a Californian cattle rancher who is in-demand throughout the west as an educational speaker on Agenda 21, the 2030 Agenda, Cap and Trade, Sustainable Development, property rights, dams and water rights, "conservation" and other related issues.

Carl Teichrib is a researcher, writer, and communicator focusing on the paradigm shift sweeping the Western world, including political globalization and socio-religious trends – and the crossover between those seemingly unrelated fields. Known for his boots-on-the-ground research style, Carl has attended global governance forums and events correlating to spiritual politics; the Parliament of the World's Religions, the G8 World Religions Summit, and similar venues.

Gary Gileno is an activist and freelance journalist in Southern California. Gary runs the youtube channel grindall61 which has nearly 50,000 subscribers and over 22 million views.

John Hewlett is the Founder of Evolution Nutraceuticals and the formulator of Cardio Miracle, a supplement that boosts the body's production of nitric oxide. He spent three decades in the financial-services business specializing in estate and business planning for family businesses.

Harry Booyens is an internationally recognized, multiple award winning, Ph.D Defense and Aerospace physicist. Originally from South Africa, with a 360 year blodline in that country, he lives with his family on the forested slopes outside Vancouver, Canada. He applies his lifetime of research and interpretive skills to history and genealogy, and writes with factual accuracy and engaging style on these…

Jim is emerging as a leading expert on geoengineering and weather modification. He has attended numerous geoengineering events and interviewed many top government and corporate sponsors. Most of these activities were completely unknown to the public until Jim started his research.

Twila Brase is president and co-founder of the Citizens' Council for Health Freedom (CCH Freedom), a patient-centered national organization based in St. Paul, Minnesota.

Jeanette Finicum is the widow-turned-activist of the late LaVoy Finicum who was killed in 2016 by Federal and State troopers in Oregon. She is locked in a heated legal battle with the government to defend our liberty and to hold responsible parties accountable.

Cynthia Ann McKinney is an American politician and activist based in Georgia. As a member of the Democratic Party, she served six terms in the United States House of Representatives. She was the first black woman elected to represent Georgia in the House.[1] She left the Democratic Party in 2008 and has become an outspoken whistleblower on the left-right paradigm in American politics.

Please enter "Hancock" in the Shopping Cart during checkout

The special code will work until the conference begins on June 21, even after Early Bird pricing is over on May 15!

Precariat Animation - this is cool - LET'S RAISE A LITTLE HELL! 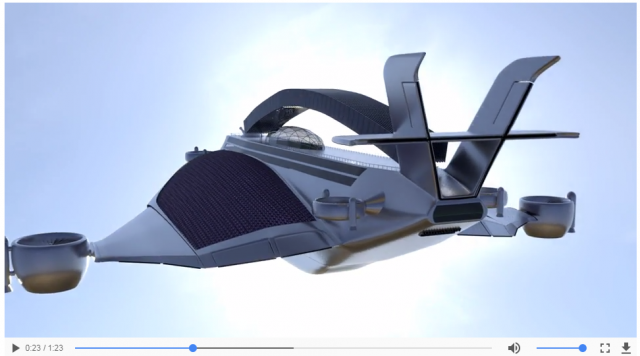 Have been working on an animation of the Precariat. Added a level 5 window, and a rear window to engineering (which may become something else). Here's the clip of a "quick assembly", virtual tour, and flight put to obscure but inspiring 70's music.

Here are some other renderings...

All my work here is voluntary. I'm hoping others will support & encourage my efforts by donating crypto-currency to motivate me to keep working on the ship. You can help by donating Monero, Bitcoin Cash, Litecoin, or any crypto-currency you wish via ShapeShift.io. 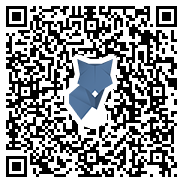 BUMPER STICKERS (FROM DAVI BARKER) THAT WILL BE A LIBERTOPIA, UNITED WE STAND TX, RED PILL EXPO, ETC...)