DUE TO OUR INTERNET BEING INTERRPUTED (YET AGAIN) BY OUR SERVICE PROVIDER LAST WEEK WHEN THIS SHOW WAS SCHEDULED, WE HAVE RE-SCHEDULED THE SAME GUESTS TO DO THE SHOW FRIDAY MAY 25TH, 2018. ENJOY...

Hour 1 - Larry Pratt (Executive Director of Gun Owner's of America) on the recent attempts to do away with our right to freely carry firearms, as well as his participation at the Red Pill Expo

Larry Pratt is the Executive Director Emeritus of Gun Owners of America. GOA is a national grassroots organization representing more than 1.5 million Americans dedicated to promoting their Second Amendment freedom to keep and bear arms.

GOA lobbies for the pro-gun position in Washington, D.C. and is involved in firearm issues in the states. GOA's work includes providing legal assistance to those involved in lawsuits with the Bureau of Alcohol, Tobacco, Firearms and Explosives, the federal firearms law enforcement agency.

He published a book, Armed People Victorious, in 1990 and was editor of a book, Safeguarding Liberty: The Constitution & Militias, 1995. His latest book, On the Firing Line: Essays in the Defense of Liberty was published in 2001.

Pratt has held elective office in the state legislature of Virginia, serving in the House of Delegates. Pratt directs a number of other public interest organizations and serves as the Vice-Chairman of the American Institute for Cancer Research.

Scott Horton is managing director of The Libertarian Institute, host of Antiwar Radio for Pacifica, 90.7 FM KPFK in Los Angeles and 88.3 FM KUCR in Riverside, California, host of the Scott Horton Show and the opinion editor of Antiwar.com. Horton has conducted more than 4,500 interviews since 2003. He lives in Austin, Texas, with his wife, investigative reporter Larisa Alexandrovna Horton.

To listen to Antiwar Radio, tune in to KPFK 90.7 FM, Pacifica, in the Los Angeles area at 8:30 am Pacific time Sundays, subscribe to the podcast feed of the shows at Scott's website, on iTunes or on Stitcher.

Jeanette Finicum is the widow-turned-activist of the late LaVoy Finicum who was killed in 2016 by Federal and State troopers in Oregon. She is locked in a heated legal battle with the government to defend our liberty and to hold responsible parties accountable.

The Bureau of Land management, the FBI and other government agencies thought that ranchers would be easy and weak targets for over-reaching bully tactics that ultimately resulted in the unlawful death of LaVoy Finicum. Little did they know or expect that his widow, Jeanette, would rise to stand at the center of one of largest battles ever waged against rogue government agencies. Americans across the nation have rallied to her cause, realizing that they could just as easily be in the crosshairs if these agencies are not brought under control.

In its second blockbuster year, G. Edward Griffin's Red Pill EXPO will convene in Spokane Washington from June 21 through June 23 to bring to account fake news and fake history.

In addition, the kickoff on Thursday night will feature the world premiere of LAVOY: Dead Man Talking, a film produced by the Center for Self Governance to chronicle the wrongful homicide of Arizona rancher LaVoy Finicum at the hands of Federal and Oregon State Troopers on January 26, 2016.

"Red Pill EXPO intends to set the record straight on many false narratives that are causing great harm to our society", according to organizer G. Edward Griffin. "Our speakers are widely-acclaimed experts in their respective fields and highly qualified to address topics like the Second Amendment, the 'deep state', failing education and the buildup of the total surveillance state", he said.

"People are coming from all over North America and from several foreign countries", noted Debbie Bacigalupi, the EXPO's Event Coordinator, "This is a place where people can network together, hear great speakers and discover that they are not alone", she continued.

Although several hundred people will attend the EXPO in person, the entire event will be live-streamed over the Internet to people around the world. "We have tickets to fit every budget and need", said Bacigalupi, "including a low-cost streaming option for those who cannot attend in person."

When asked if the organizers are concerned about protestors at the conference, Bacigalupi responded, "We expect to attract protestors just like we did last year, but we will work closely with local law enforcement to ensure a safe and uneventful experience for our attendees."

Here is a trailer for Dead Man Talking: 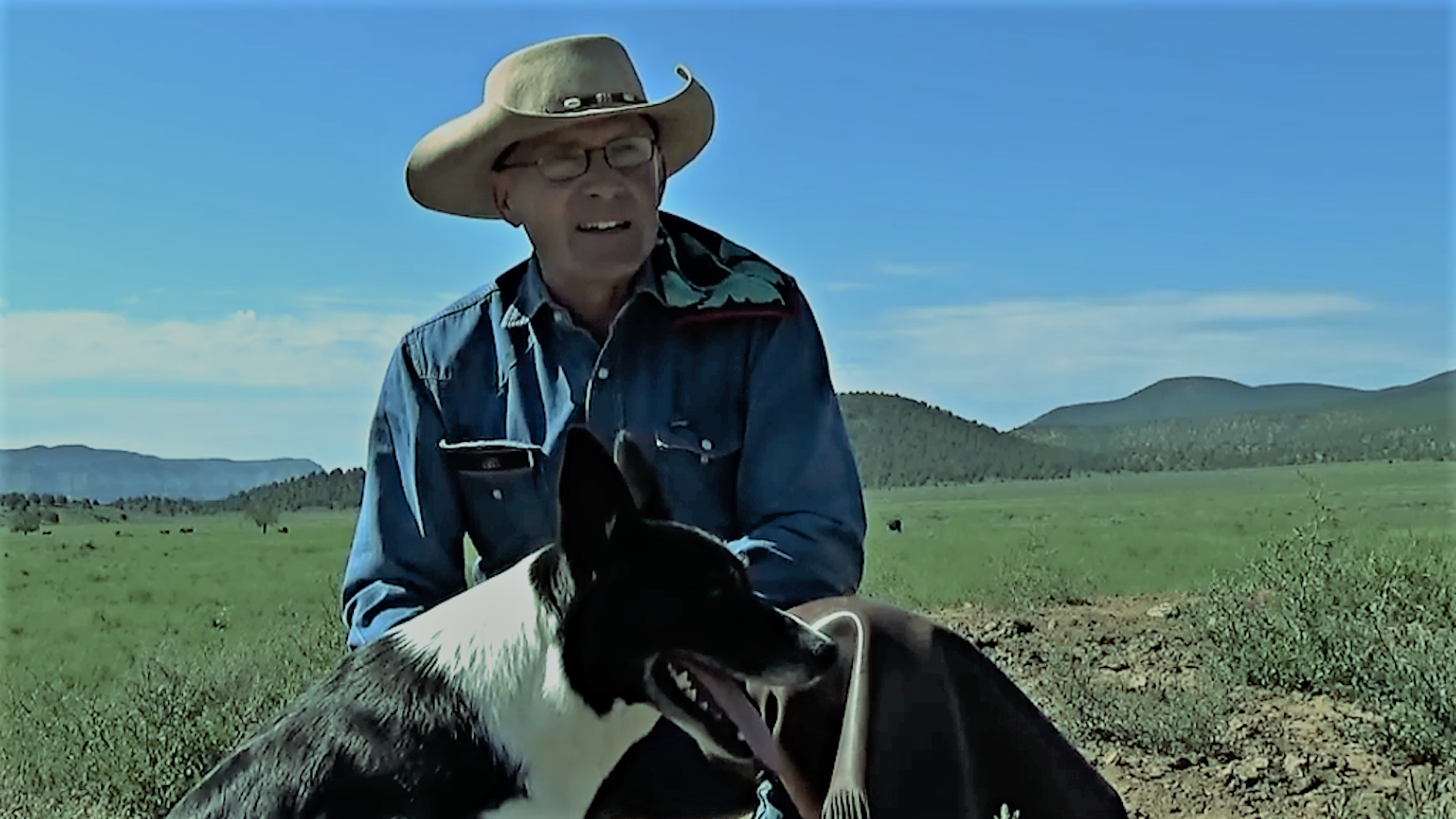 LaVoy: Dead Man Talking will draw you into the tale of a dreamy life and epic death of one of the last Wild West American cowboys—LaVoy Finicum. Regardless of which political side you fall on, his story is so compelling, tragic, and iconic that we found ourselves constrained to add this bio-documentary about his journey to our Governed V Governing series. 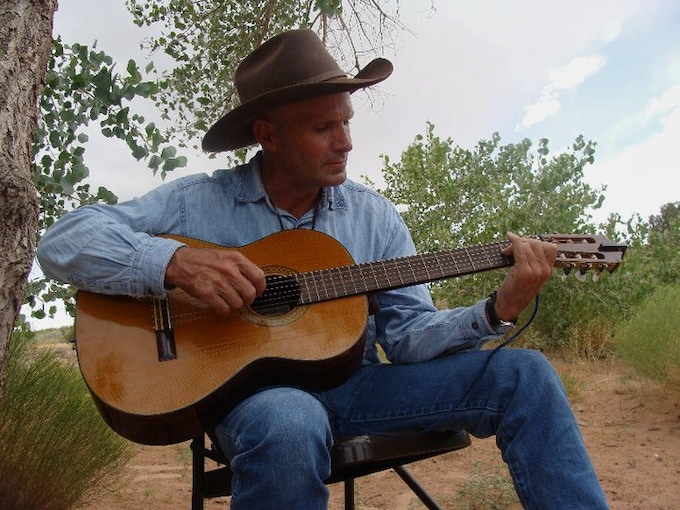 The raw nature of this film is the deep desire to strike a balance between learning from and educating about these real life stories, while neither vilifying nor vindicating LaVoy's decisions and actions leading up to his death. And while his freedom of conscience is deeply sacred, both the LaVoy Finicum family and the film's producers recognize and understand that to neglect the study of political strategy would be a travesty to future preservation of life, liberty, and property. 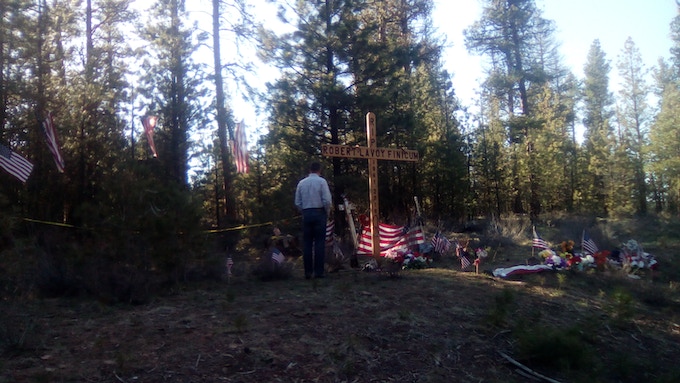 This story needs to be told in its entirety, void of misrepresentations. The outcome will inspire more of today's culture to ask hard questions of itself with the intent to seek difficult-to-find answers. This Cowboy's story will stir within the soul of each viewer a need to embark on the challenging endeavor to discover the delicate line that separates preserving and losing life, liberty, and property.

This Story Is Not About Cows!

The iconic Wild West, cows & cowboys way of life are giving way to the 21st century. Putting that into perspective, 99% of the current American public doesn't own a cow, let alone heard of or know what "grazing rights" are. In a world of city life and virtual existence, it is difficult to empathize with the mosaic of an open range, spotted with cows, a cowboy and his dog, moving the herd, day to day, from sunup to sundown.

On April 12, 2014 a group of cowboys and non-cowboys, a few armed and the vast majority not, at the behest of a ranching family—the Bundys—came face-to-face with heavily armed federal agents on a patch of desolate dried up river wash in Northwestern Nevada. It was EPIC—we were there and filmed it! 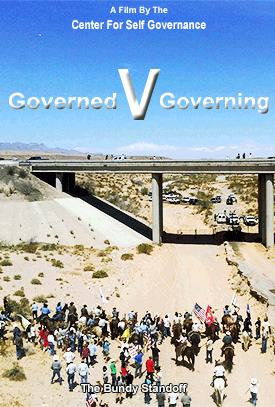 Surprisingly and profoundly life, liberty, and property were preserved that day. No one died, no one went to prison, and the Bundy cows (their property) were returned. The story was so epic that to this day we use it in our Applied Civics classes and we made it into Part I – The Bundy Standoff of our Governed V Governing documentary series. One of the cowboys there that day was LaVoy Finicum. Little did he (or we, for that matter) know that his standing with the Bundys (2014) was the beginning and his going to Oregon (2016) would be the ending of a profound life's journey.

It Matters How You Stand

LaVoy said, "I'm just a redneck doing the right thing… was never one to poke people in the eye or cause trouble. I always stood in line, rose my hand, and never had a parking violation." LaVoy definitely does not fit the description of 'loose cannon' or 'hothead'. Interviews with his family and footage from his own homemade videos bear witness that he was more family man and ranching cowboy, than closet criminal. 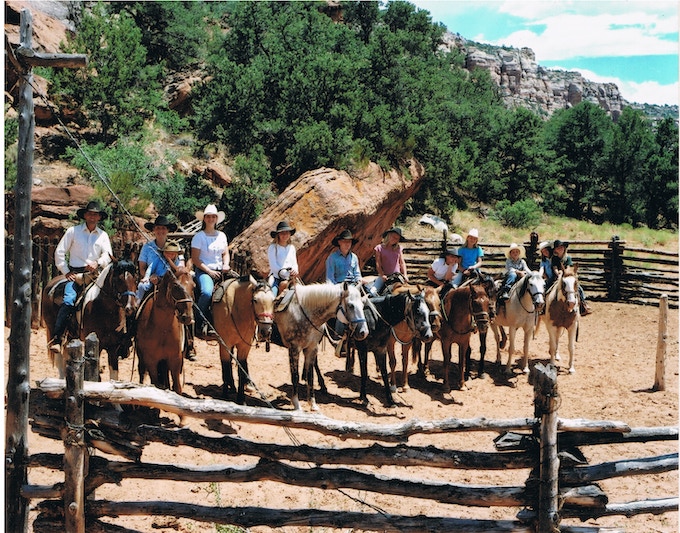 So what changed in LaVoy's life, why did he go to the 2014 Bundy Standoff? Why did he go to the Malheur Wildlife Refuge in 2016, and on his way to a meeting in John Day ended up stepping out of his truck into a hail of bullets? In answering these questions we review his personal footage, interview his family and those associated with him in Oregon to discover the motivations, frustrations, and resolve that prompted his fateful decisions. 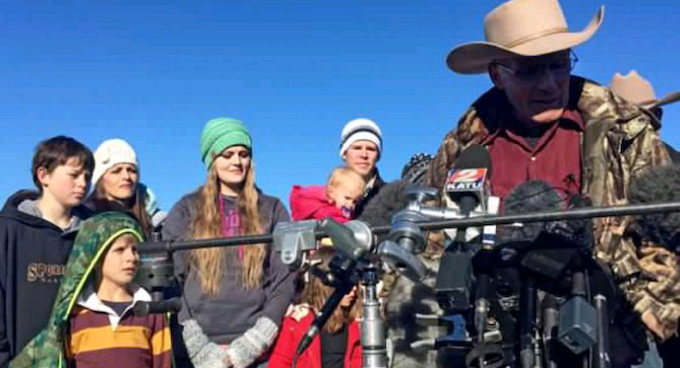 LaVoy Speaking to the Press

You will be shocked by his own words and actions when compared to the picture painted by the media and cemented into the collective memory of the American mind. Our film gives LaVoy Finicum the opportunity he never got—to tell, in his own words, how he came to his final decision on January 26, 2016.

Everyone who was there with LaVoy on that fateful day, was acquitted in an Oregon Federal Court. This film gives the dead man his day in court, and you are the jury—hearing his side for the first time.

This film is momentous and historic. With your help, together we can continue LaVoy's mission of educating the American people, help correct the distorted image of the Finicum family's husband and father, cultivate new alternative media, and promote positive change in the destiny of our communities.

We hope you will join us in this endeavor. 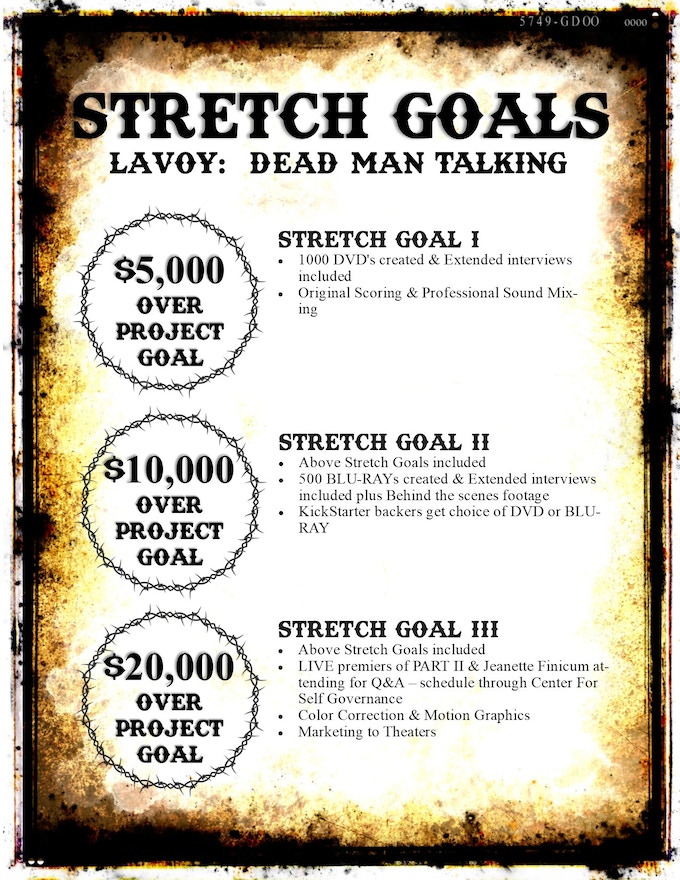 Second edition Only By Blood And Suffering Regaining Lost Freedom

On Tuesday, January 26, 2016, author LaVoy Finicum was killed by federal and/or state "authorities" after a three week occupation of the Malheur Wildlife Reserve in Burn, OR. Details of the shooting are in dispute and full details have not been released by the FBI or state officials. Eye-witnesses insist that LaVoy was murdered. His family is devastated at the loss of their beloved father, grandfather and husband. As publisher, we here at Legends Library have decided to donate 100% of the proceeds from the sale of LaVoy's book to the support of his wife and family. Story overview, tells of one family's struggle to come together and survive in the midst of national crisis. A stirring, fast-paced novel about what matters most in the face of devastating end-times chaos. Filled with gripping action and relatable characters, readers are drawn into the heart-rending dilemmas each member of the Bonham family faces. You may even find yourself stopping to ask, "What would I have done in that si

DUE TO OUR INTERNET BEING INTERRPUTED (YET AGAIN) BY OUR SERVICE PROVIDER LAST WEEK WHEN THIS SHOW WAS SCHEDULED, WE HAVE RE-SCHEDULED THE SAME GUESTS TO DO THE SHOW FRIDAY MAY 25TH, 2018...

I think you have the wrong date. of the show. June?