Hour 1 - Ernest talks about Defense Distributed's 3D Printed Gun Designs uploaded to the internet, and thousands have already been downloaded... 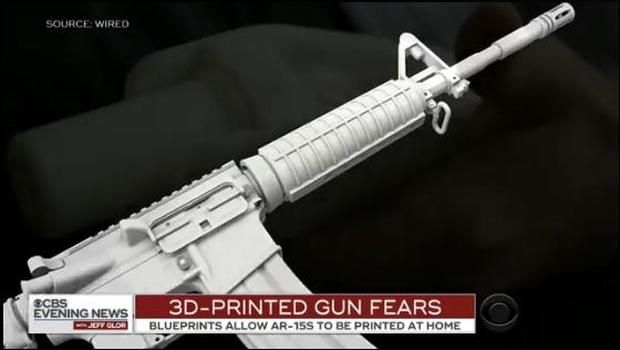 Eight US states have just sued to stop the distribution of plans for 3D-printed weapons. But it may already be too late.

A multistate lawsuit, filed Monday afternoon, seeks to block a federal government settlement that would give the public access to downloadable plans for 3D-printed weapons.

"These downloadable guns are unregistered and very difficult to detect, even with metal detectors, and will be available to anyone regardless of age, mental health or criminal history," Ferguson said in a statement. 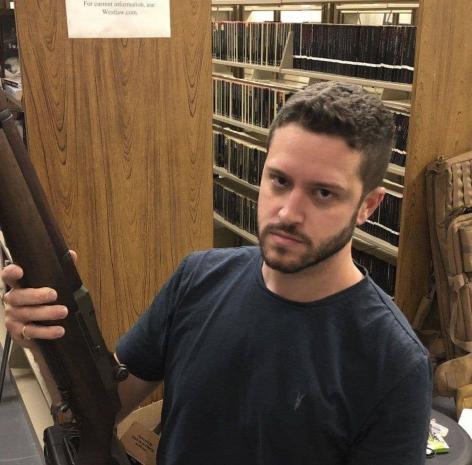 "I am looking into 3-D Plastic Guns being sold to the public," President Trump said on Twitter Tuesday morning. "Already spoke to NRA, doesn't seem to make much sense!"

Trump's concern comes after Democratic state officials filed last-minute lawsuits and prepared legislation in a frantic attempt to halt the widespread availability of 3-D printable plastic guns, which would be available in a free download on Defense Distributed's website.

Senate Minority Leader Charles E. Schumer (D-N.Y.) retweeted to Trump Tuesday, saying that "your administration approved this. What kind of incompetence and dangerous governing is this?" 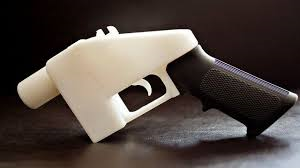 No 3-D gun plans in Pennsylvania, company agrees - for now

The Texas nonprofit, Defense Distributed, had put the plans for an AR-15 semiautomatic rifle on its website Friday, and as of Sunday, 1,000 people nationwide already had downloaded them, according to Shapiro's office.

Had officials not gone to court to try to block downloads in the state, Shapiro said in a statement, "the harm to Pennsylvanians would have been immediate and irreversible."

Cynthia McKinney is an international peace and human rights activist, noted for her
inconvenient truth-telling about the U.S.war machine.   She was held for seven days
in an Israeli prison after attempting to enter Gaza by sea and traveled to Libya during
U.S. bombing and witnessed the crimes against humanity committed against that
country's people.  In addition to Libya, she has traveled to Cuba, Syria, Russia, Iran,
Pakistan, and as she puts it: "Wherever U,S. Bombs are dropping."  She is the author
or editor of three Clarity Press books:  she has written one book Ain't Nothing Like Freedom
and edited The Illegal War On Libya and the 2018 book, How the U.S. Creates Sh*thole
Countries.  She holds a B.A. from the University of Southern California, an M.A.L.D.
from The Fletcher School of Law and Diplomacy and a Ph.D. from Antioch University.
Cynthia McKinney is a former U.S. Congresswoman and Green Party nominee for
President of the United States and is an Assistant Professor at North South University.

CYNTHIA'S RECENT BOOK DUE OUT SOON…

Donald Trump's purported characterization of certain countries as "Shi*thole Countries" has captured the imagination of the global community. And while there is some dispute as to whether or not the President uttered those exact words, what is not disputed is that the U.S. President derided certain countries while discussing U.S. immigration policy reform, suggesting that the U.S. should have more immigrants from countries like Norway.

How the U.S. Creates Sh*thole Countries seizes this unique moment of global focus on the world's most suffering countries to address the causative factors, and the extent to which their lamentable state is not of their doing. It addresses these questions:

• What is the legitimacy of US interventions in other countries' domestic affairs in pursuit of its "interests", which it then regards as matters of national security?

• Why and how does a country become a US target?

• What socio-economic, political and military policies?overt and covert?does the US undertake to bring the victim country into line?

• What are the results for the targeted countries?

• What are the results for US citizens, who have little idea what is going on, but are footing the bill?

The specific "sh*tholes" addressed herein were chosen because their desperate conditions reflect a malaise that didn't have to be. They are but sample instances of American foreign policies applied across the globe to comparable destructive effect: Haiti, El Salvador, Democratic Republic of Congo, Libya, Somalia, Syria, and yes, our own Puerto Rico.

How many, as a result, have fled to the United States from countries such as these, raising what the US regards as its "immigration" problem?

This book presents fresh analyses of the old stereotypes and narratives that wither under scrutiny.

Elected six times to the House from the state of Georgia, Cynthia McKinney cut a trail through Congressional deceit like a hot ember through ash. She discovered legislators who passed laws without reading them. Party leaders who colluded across party lines against their constituents' interests. Black-skinned individuals shilling for the white status quo. She excoriated government lassitude over Hurricane Katrina, uncovering dark secrets. She held the only critical Congressional briefing on 9/11, introducing counter-testimony of scholars, investigators, former intelligence agents. As a member of the House Armed Services Committee, she held Rumsfeld to account for malfeasance by military contractors and missing billions in the Pentagon's budget. Then she hammered him on the reasons for the failure of NORAD air defenses on 9/11. She read truth into the Congressional Record, held town halls and hearings, led protests, showed up while others played along to get along, took the side of the people against the will of the Party. And when she got too truth seeking and speaking, the Republicans rigged the Democratic primaries to boot her out, leaving behind a trail of achievements mostly won singlehandedly. But McKinney rose again like a Phoenix, answering the call to run as 2008 Green Party candidate for President, challenging the corrupt two-party stranglehold on American democracy. Then it was on to the Freedom Flotilla to Gaza, to be seized on the high seas and imprisoned in Israel. On to Tripoli, to serve as witness to the NATO terror bombing of Libya. On to Malaysia to serve on the War Crimes Commission... Often introduced as the Sojourner Truth, the Harriet Tubman of our age, McKinney reflects here on the Biblical figures of Esther, Deborah and Naomi. This is the Cynthia McKinney saga as it stands to date--what she saw, what she learned, and how she fought for change.

In 2011, former Congresswoman and 2008 Green Party candidate for
President, Cynthia McKinney, took a delegation of observers to Libya to
monitor NATO's purported humanitarian intervention. Prefaced by Ramsey Clark, this collection of essays includes scholarly and legal analysis, as well as personal
accounts by witnesses to the NATO assault on a helpless civilian population it had a UN mandate to protect, and the massive propaganda campaign
that made it possible.

It responds to the many questions left unanswered by a complicit mainstream media, such as:

Why Libya, not Bahrain, Yemen or Egypt?
What was life in Libya like under Qadhafi?
What is the truth about the so-called "Black Mercenaries"?
What was the role of Western NGOs and the International Criminal Court?
What about Africom's Plans for Africa?
What did it have to do with Liby'a independent central bank, its oil, its plans for an African currency, its efforts to free African states from the coils of the Bretton Woods Institutions?

Cynthia McKinney and other contributors to this volume were in Libya during the period of the NATO bombardment of Libyan cities, and were among the few independent voices to report on the tragedy.