APOLOGIES FOR THE LIVE STREAM BEING GARBLED AND ECHOEY - TRIED TO FIX, BUT NO LUCK - MP3 FILE IS POSTED, BUT VIDEO DID NOT HAVE OPTIMAL QUALITY, SO WE ARE NOT POSTING THAT TO THIS PODCAST ARCHIVE...

Cody Wilson, whose push to post blueprints of 3D-printed guns online has made him a key figure in the national gun control debate, was charged on Wednesday with sexually assaulting a child in Texas.

Mr. Wilson, 30, is accused of having sex with a girl under 17 at a hotel in Austin on Aug. 15 and paying her $500 in cash, according to an affidavit filed in Travis County. The girl told the police in a forensic interview that she met Mr. Wilson through the website SugarDaddyMeet.com, where he was using the screen name "Sanjuro," the affidavit says.

She and "Sanjuro" exchanged phone numbers and then messaged each other, sharing at least one explicit photo apiece, according to the affidavit. During one conversation, Mr. Wilson described himself as a "big deal," the affidavit says.

According to the affidavit, Mr. Wilson and the girl met in person in the parking lot of an Austin coffee shop on the evening of Aug. 15 and left for the hotel in a black Ford Edge sport utility vehicle registered to Mr. Wilson's company, Defense Distributed.

Mr. Wilson gained national prominence this year when he announced plans to upload blueprints of 3D-printed guns onto Defense Distributed's website at the beginning of August. He was blocked from doing so as a result of a lawsuit filed by a group of attorneys general from 19 states and Washington, D.C.

Last month, a federal judge extended the restraining order barring Mr. Wilson from executing his plan at the request of the attorneys general, who have said downloadable guns are a national safety threat because they are difficult to detect and track. The case, which touches on issues of free speech, gun regulation, states' rights and trade rules, has drawn the attention President Trump and Attorney General Jeff Sessions, among others.

Here is part of the arrest affidavit (as posted on https://gizmodo.com/3d-printed-gun-activist-cody-wilson-charged-with-sexual-1829168263 - will update if/when the whole affidavit is acquired: 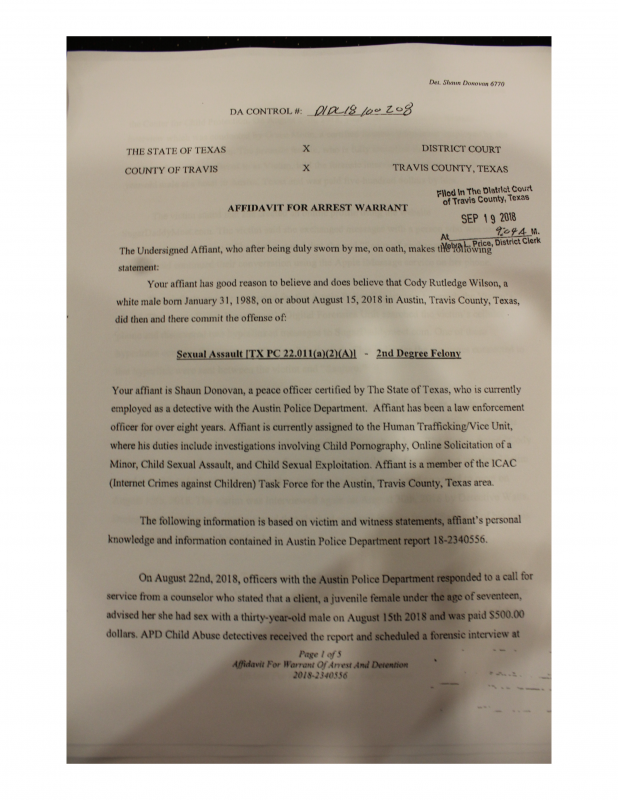 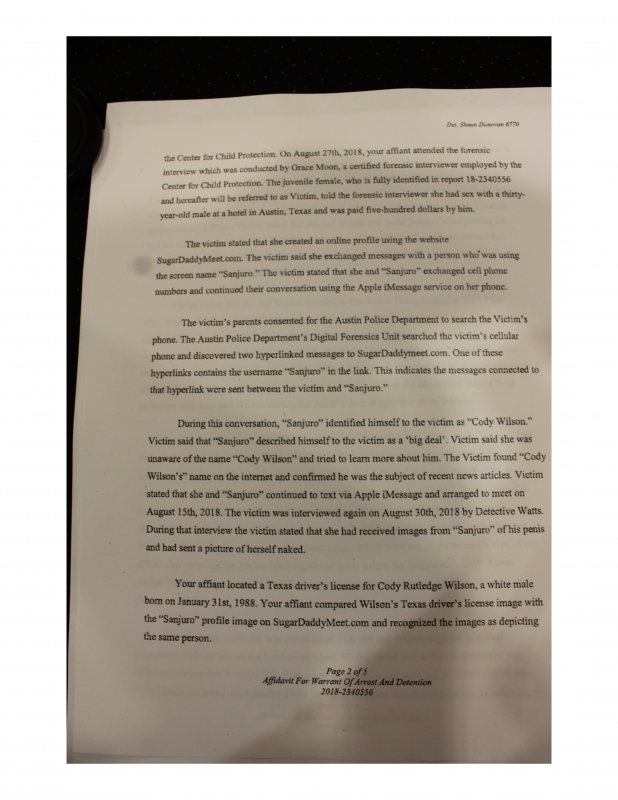 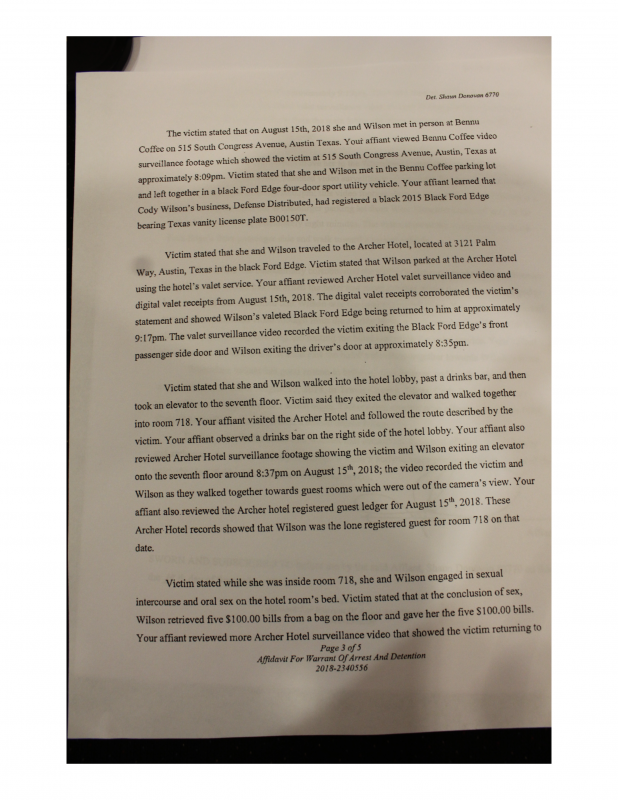 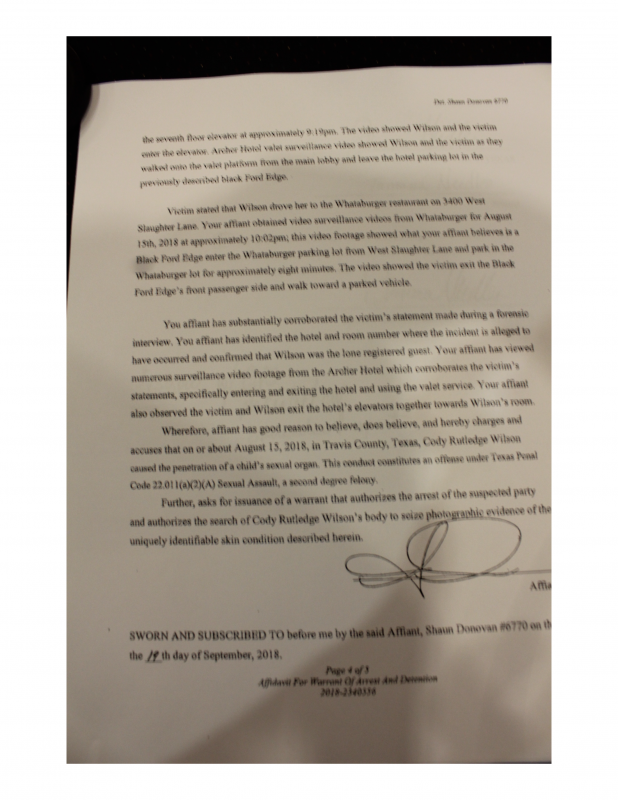 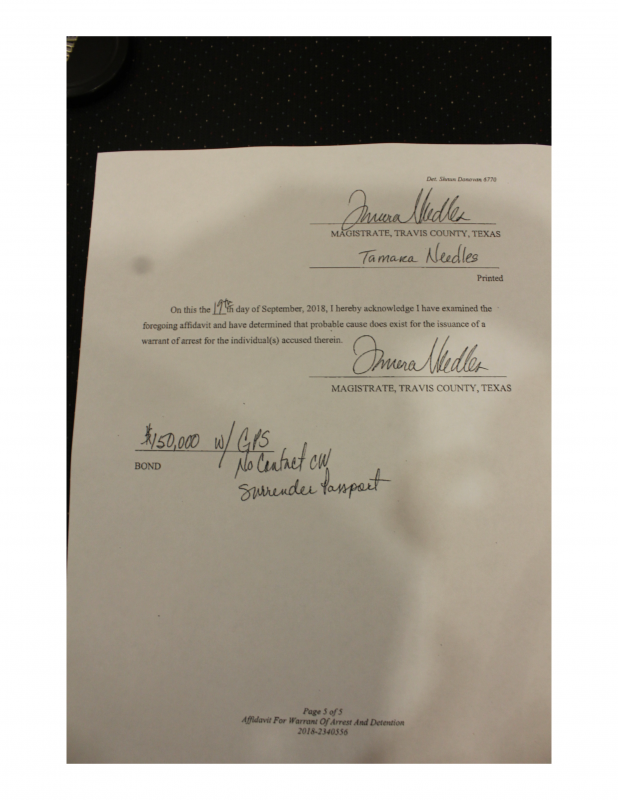 Energy Independence is More Important Than Ever for the U.S.