Join-Us | Log-In
Freedom Forum | Translate
PODCAST = Ernest interviews Jonathan Lockwood (Executive Director of Conscience Coalition) on believing in sovereignty and conscience rights. Jonathan is a speaker at the Vaccine Education Summit, and is actively working against SB276 in California w

PODCAST -  PODCAST = Ernest interviews Jonathan Lockwood (Executive Director of Conscience Coalition) on believing in sovereignty and conscience rights. Jonathan is a speaker at the Vaccine Education Summit, and is actively working against SB276 in California where they are cracking down on vaccine exemptions 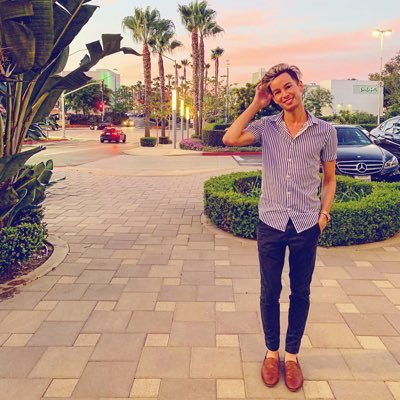 Jonathan Lockwood is the executive director of Conscience Coalition. He has his master's degree in public relations from Georgetown University and earned his undergraduate degree in public relations at the Journalism school at Metropolitan State University of Denver. After working in music publicity for two years he worked on congressional campaigns and he's been the spokesman for over forty lawmakers and candidates, he's led nonprofits, participated in numerous fellowships including the Charles Koch Institute and the American Legislative Exchange Council (ALEC). 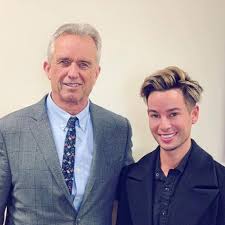 Existing law prohibits the governing authority of a school or other institution from admitting for attendance any pupil who fails to obtain required immunizations within the time limits prescribed by the State Department of Public Health. Existing law exempts from those requirements a pupil whose parents have filed with the governing authority a written statement by a licensed physician to the effect that immunization is not considered safe for that child, indicating the specific nature and probable duration of their medical condition or circumstances, including, but not limited to, family medical history.

This bill would instead require the State Department of Public Health, by January 1, 2021, to develop and make available for use by licensed physicians and surgeons an electronic, standardized, statewide medical exemption request that would be transmitted using the California Immunization Registry (CAIR), and which, commencing January 1, 2021, would be the only documentation of a medical exemption that a governing authority may accept. The bill would specify the information to be included in the medical exemption form, including a certification under penalty of perjury that the statements and information contained in the form are true, accurate, and complete. The bill would, commencing January 1, 2021, require a physician and surgeon to inform a parent or guardian of the bill's requirements and to examine the child and submit a completed medical exemption request form to the department, as specified. By expanding the crime of perjury, the bill would impose a state-mandated local program.

The bill would authorize a parent or guardian to appeal a medical exemption denial or revocation to the Secretary of California Health and Human Services. The appeal would be conducted by an independent expert review panel of licensed physicians and surgeons established by the secretary. The bill would require the independent expert review panel to evaluate appeals consistent with specified guidelines and to submit its decision to the secretary. The bill would require the secretary to adopt the determination of the independent expert review panel and promptly issue a written decision to the child's parent or guardian. The final decision of the secretary would not be subject to further administrative review. The bill would allow a child whose medical exemption revocation is appealed to continue in attendance at the school or institution without being required to commence the immunization schedule required for conditional admittance, provided that the appeal is filed within 30 calendar days of revocation of the medical exemption.

The bill would require the department and the independent expert review panel to comply with all applicable state and federal privacy and confidentiality laws and would authorize disclosure of information submitted in the medical exemption form in accordance with requirements set forth in the bill. The bill would make related conforming changes. The bill would authorize the department to implement and administer the medical exemption provisions through provider bulletins, or similar instructions, without taking regulatory action.

This bill would instead require these reports to be filed on at least an annual basis.

The California Constitution requires the state to reimburse local agencies and school districts for certain costs mandated by the state. Statutory provisions establish procedures for making that reimbursement.

This bill would provide that no reimbursement is required by this act for a specified reason.

Why, Oh Why, Is Poop So Pervasive in Pop Culture Now??

It's Getting REALLY Bad! THIS Is What You MUST Know...