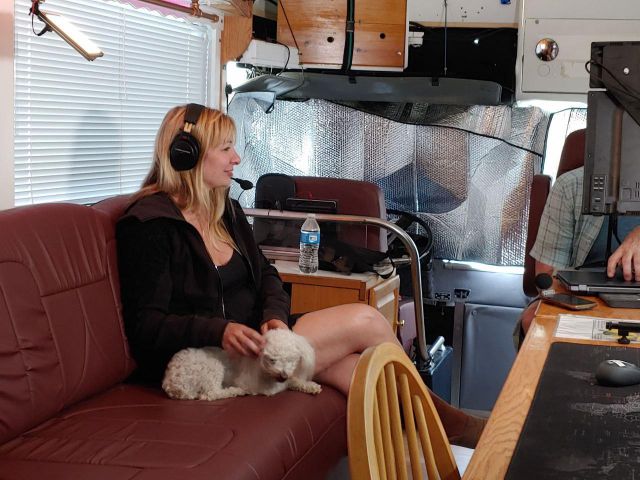 TATIANA MOROZ is a soulful and outspoken singer-songwriter, and one of the pioneer artists in the Bitcoin and Libertarian activist communities. Following the release of several independently produced LPs, EPs and singles, Tatiana's album Keep The Faith was released in 2017 having been funded with cryptocurrency. Her music is a fresh take on the folk style of the revolutionary 60's and 70's, an original blend of pop, rock, blues, and alt country.

Tatiana is the creator of TatianaCoin, the world's first ever artist cryptocurrency. Tatiana Coin and other artist coins allow for connecting fans to artists for direct sales, engagement, and special experiences uniquely enabled by blockchain tech that can create a peer to peer ecosystem.  Tatiana advises on the music platform Token.fm as well as Tokenly.  A driving force in the industry, she is also the Founder of Crypto Media Hub, a PR, marketing and advertising agency for the Bitcoin space.  "The Tatiana Show" and "Proof of Love" podcasts stream on several outlets including the Let's Talk Bitcoin network and are quickly growing.

During her talks, Tatiana shares her journey as an artist and the many uses of Bitcoin. Topics range from blockchain basics, to crypto for creatives, to the Silk Road and Ross Ulbricht, the drug war, and prison reform. She inspires people to be enthusiastic about the power of cryptocurrencies, and teaches how Tatiana Coin can be adapted for other artists. Her talks are rounded out with a musical performance, relating back to the causes that drive her passion. Webpage: http://tatianamoroz.com/

Tatiana's previous interviews on the Declare Your Independence with Ernest Hancock Radio Show: