Referenced on the Show:

The following aphorisms are the work of libertarian novelist L. Neil Smith. They have been the bedrock for libertarian activism in Arizona for the last 20 years (since 1994 - now going on 21 years, this was written a while ago) and are the best explanation I can provide for the tactics of our past/future. Enjoy.

*Never soft-peddle the truth. It's seldom self-evident and almost never sells itself, because there's less sales resistance to a glib and comforting lie.

*Understand from the minute the fight begins that you're going to take damage. Accept it. (You'll always suffer more from the idiots and cowards on your own side than from any enemy.) Keep your overall goal in mind above all. Those who swerve to avoid a few cuts and bruises defeat themselves.

*If you're not a little bit uncomfortable with your position, it isn't radical enough. How can you be too principled? Take the most extreme position you can. You're claiming territory you won't have to fight for later, mostly against your "allies."

*Go straight to the heart of the enemy's greatest strength. Break that and you break him. You can always mop up the flanks and stragglers later, and they may even surrender, saving you a lot of effort.

*Know, down to the last cell in your body, that the other guy started it. He's the one who put things in an ethical context where considerations like decency and mercy have no referent. The less pity moves you now, the sooner you can go back to being a nice guy.

*If you lose, go down fighting. It costs nothing extra, and now and again ...

*Remain the judge of your own actions. Never surrender that position by default. When the enemy screams "Foul!" the loudest, you know you're doing him the most damage. Those who help him scream are also the enemy.

*Second thoughts, failures of confidence, nervous last-minute course-changes are all detours and recipes for defeat. The time to think is before the battle - if possible, before the war - not in the heat of it.

*It is moral weakness, rather than villainy, that accounts for most of the evil in the universe" and feeble-hearted allies, far rather than your most powerful enemies, who are likeliest to do you an injury you cannot recover from.

*Know, otherhandwise, that the easiest, most humiliating path to defeat is thinking that to beat the enemy you must be like him. Avoid the temptation to set your values aside "for the duration." What's the point of fighting if you give up what you're fighting for? If remaining consistent with your values leads to defeat, you chose the wrong values to begin with.

*Never aim at anything but total achievement of your goal: the utter capitulation of the enemy. Every effort involves inertia and mechanical losses, so adopting any lesser objective means partial defeat. Total victory means you don't have to fight the same fight again tomorrow.

*The most dangerous and successful conspiracies take place in public, in plain sight, under the clear, bright light of day" usually with TV cameras focused on them.

*Ever notice how those who believe in animal rights generally don't believe in human rights?

*"Wake up America," you demand? America doesn't need to "wake up" " by which of course, you mean pay attention to whatever you think is important. If America weren't already awake, paying attention to what each individual thinks is important, your milk wouldn't have gotten delivered this morning, and you wouldn't have any electricity this afternoon.

*You may never convince the other guy, but it's often worthwhile to keep arguing for the effect it has on bystanders, especially his allies.

What happened to Joe Biden? pic.twitter.com/1Xn0yWnRCt 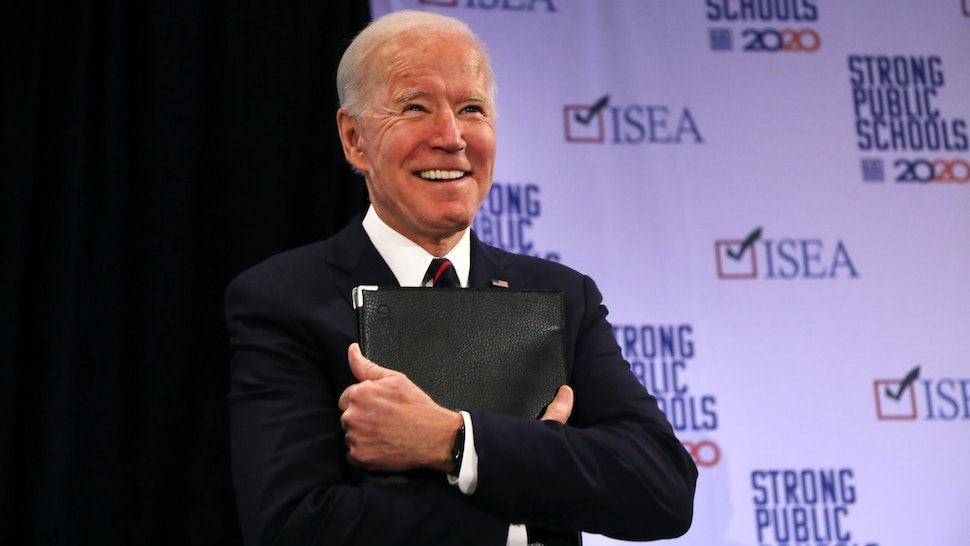 Republican National Committee (RNC) Chairwoman Ronna McDaniel tweeted out the video titled, "What Happened to Joe Biden?" and wrote in her tweet, "Joe Biden is incoherent, incompetent, and unfit to lead."

The video showed previous comments that Biden made years ago, and contrasted them with comments that he has made recently on the campaign trail.

Transcript of the video with the year that Biden made the remarks:

2008: You ask anybody in there whether or not the economic and foreign policy of this administration has made them better off in the last eight years.

2008: We can insure every single solitary kid. We can provide catastrophic health insurance right off the bat. We can do that for the cost of just one thing: the tax cut for people in the top 1 percent.

2008: You gotta give them to the people that are going to spend the money. You gotta deal with making sure American companies can be competitive, have a health care plan that doesn't put them at a disadvantage when they compete overseas.

Chyron: WHAT HAPPENED TO JOE BIDEN?

The ad comes as the Democratic nominee has faced increased questions in recent days about his fitness for office, specifically in regard to his cognitive abilities.

Joe Biden is incoherent, incompetent, and unfit to lead.pic.twitter.com/x4ET9wjHqJ

2. Dr Phranq discussion on Benghazi Hearings back in October of 2015

Dr. Phranq Tamburri (Local Activist) comes on the show to give 'The Trump Report" and also an in depth look at Benghazi and Hillary Clinton (Publisher Recommended)