LIVE FROM THE PACIFIC NORTHWEST...

No Live Video Stream Today due to poor bandwidth 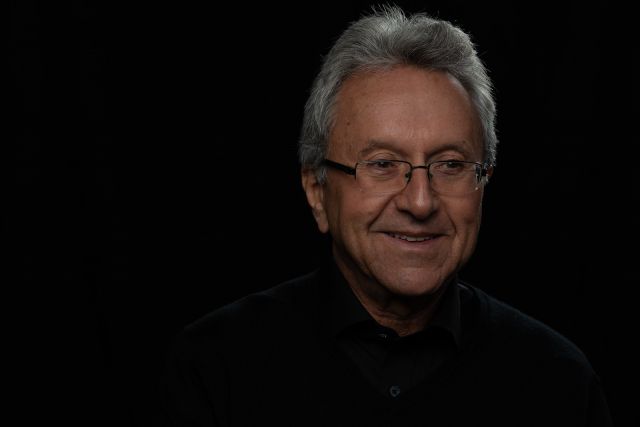 Peter Z. Wasowski is the Founder and CEO of Vasper Systems. Peter has over 48 years of experience in the field of medical technology and vascular health. As Manager Clinical Development for GE Medical Systems, he has worked all over the world including his native Poland. Later, he became Co-founder and CEO of CoolSystems, Inc. The device he helped to create for CoolSystems has become the industry standard in professional sports care and rehabilitation and is currently marketed as the name GameReadyTM .

As a true visionary, Peter fused his extensive knowledge and experience with the passion for expanding human wellness to create the Vasper Technology.

Today, the patented Vasper System is used by the US military, Stanford University, UCSF, UMASS, Olympic and professional athletes, physicians and Vasper evangelists from 11 to 94 years old.

Vasper is based on three scientifically proven principles – compression technology, cooling and interval training. When all principles are working together, the results are extraordinary.

Compression and cooling create the effect of a high intensity (anaerobic) exercise without the time, effort, and muscle damage it takes to achieve the same results with conventional exercise. Instead of feeling tired and sore, Vasper leaves you energized and rejuvenated, alleviating your body aches and pains. 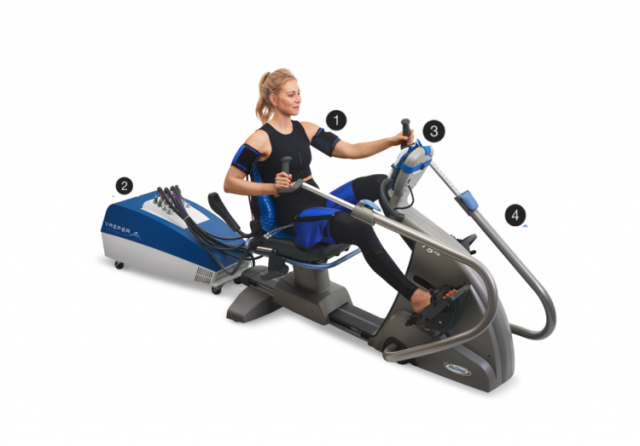 2. Cooling increases efficiency by delivering more oxygen to the muscles and aids in recovery and pain reduction.

3. Customizable software enables interval training to be adjusted to any physical ability level. 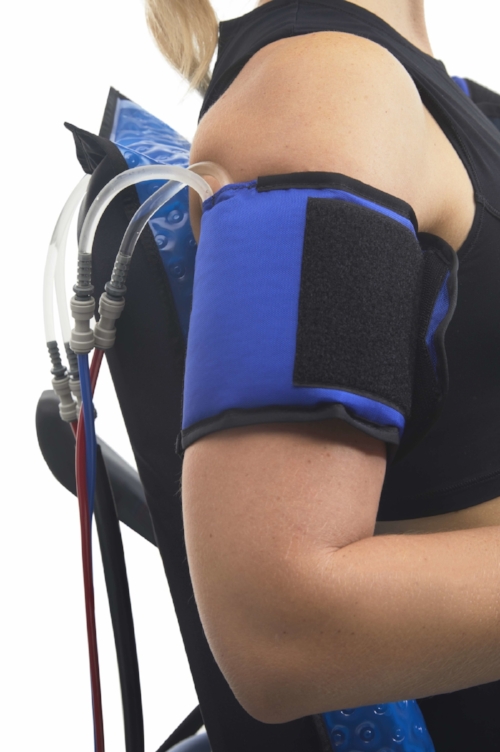 Placing compression on the arm and leg muscles while exercising at a low intensity has been scientifically shown to create the physiological effect of high intensity exercise.

Compression cuffs worn on the arms and legs safely compress the muscle to quickly build up lactic acid, mimicking the physiology of an intense workout that would typically take extensive time and effort. 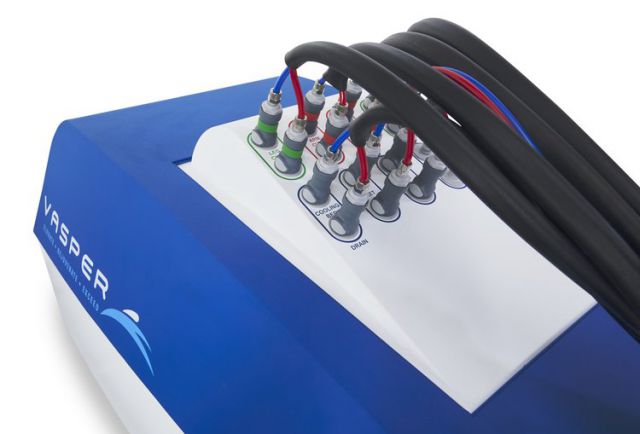 When your body temperature increases, blood vessels near the surface of the skin dilate, increasing blood flow to the skin, leaving less blood and oxygen for the muscles. When there is not enough blood to remove lactic acid from the muscles, the body hits a wall and fatigues.

Remaining cool during exercise allows blood oxygen levels to remain high throughout the body which makes exercising much more efficient and pleasant. Sweating is also dramatically reduced or completely eliminated. Cooling the body during the workout mitigates further physical stress and reduces existing pain and inflammation. 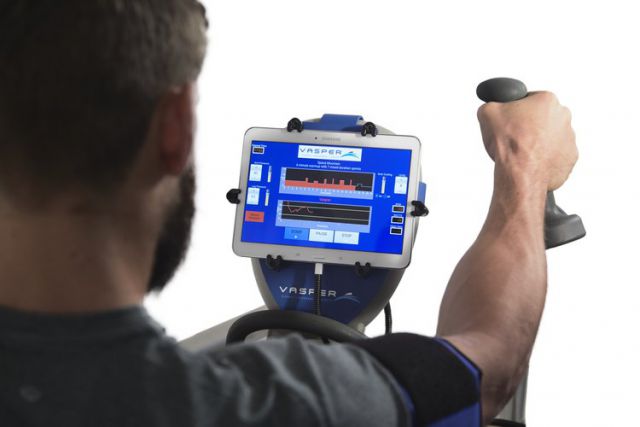 Each Vasper protocol is a 21-minute interval training protocol, delivered on a tablet fully integrated with the recumbent bicycle. Interval training involves a warmup period followed by a succession of sprint and rest intervals, scientifically proven to increase the efficiency of an exercise session.

Each section of the interval training protocol is fully customizable, allowing for adjustments in duration, intensity, resistance, and speed. The pressure and cooling can also be modified for ability, comfort level, and performance. Heart rate monitors and a graph of power output is displayed on screen to track performance. Session metrics are also displayed at the end of the workout and can be emailed directly from the tablet. 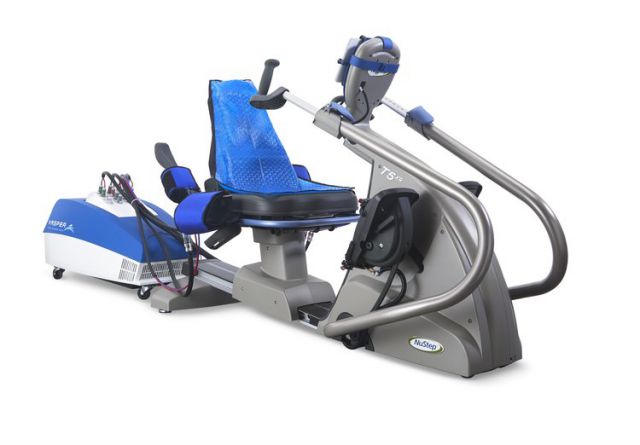 The reason Vasper uses a NuStep T5XR is to avoid stressing the body and breaking down muscle tissue. The goal with Vasper is to minimally stress the muscles while still triggering a systemic recovery response that can heal damaged or unconditioned areas of the body.

2. Here is a presentation on Vasper explaining the science and benefits 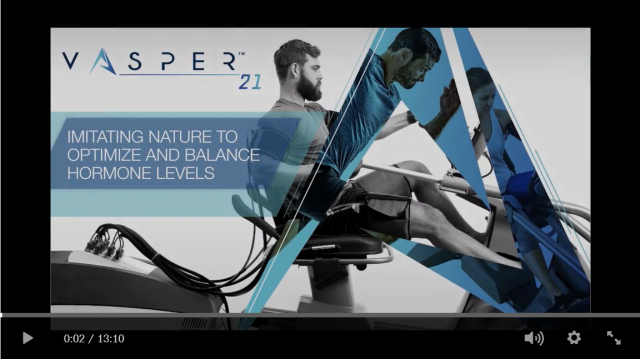 3. Video from the Chief Medical Officer at Vasper, Ileene Ruhoy, MD, Phd speaking to Vasper impact in health and medicine

4.  The proposed Vasper in Microgravity device can easily fit inside the Orion or even a smaller vehicle. The Vasper protocols can reduce the required microgravity exercise duration from over 1.5 hours to less than 20 minutes.

The human body in space is as vulnerable as a fish out of water. Beyond a spacecraft's protective environment, there is no oxygen to breathe and nothing to shield you from the sun's searing heat and radiation. And just as disturbing, the lack of air pressure means your body suffers from rapid decompression symptoms and eventual death.

Enter all that stands between an astronaut and such a bleak prognosis: the spacesuit. Also called an Extravehicular Mobility Unit, or EMU, the spacesuit is a convergence of technologies designed to provide a breathable and otherwise livable temporary microclimate. Because of the sometimes hours-long projects undertaken outside the spacecraft, there's even a "drink bag" for when thirst calls, and an extra-absorbent undergarment for when nature does.

Another critical requirement for a spacesuit is controlling the heat and humidity generated by the human inside the airtight outfit. In the mid-1960s, NASA adopted for the Apollo lunar suits a concept originally developed by the British Royal Air Force to provide cooling for aircraft pilots in hot environments. It utilized a battery-operated miniature pump that cycled chilled water through a series of tubes lining the garment, which pressed against the skin, absorbing heat. An iteration of this liquid cooling technology is still used by astronauts today.

Starting in the late 1960s, a team of scientists and engineers at NASA Ames Research Center investigated the physiological effects of a wide variety of artificial cooling concepts. Many of these were subsequently commercially developed and applied to solve various industrial, military, and medical problems on Earth. One such application now helps athletes and active people recuperate from injuries.

When someone sprains his or her knee or ankle, the RICE (rest, ice, compression, and elevation) method is standard protocol for treating such an injury. Icing plays a critical role in reducing pain and swelling, but applying ice for too long or with too cold a compress can cause more tissue damage.

In 1997 William Elkins, an engineer who had worked with the NASA Ames team, and Peter Wasowski, a veteran in the medical device industry, co-founded CoolSystems (now Game Ready) to bring to market a device—consisting of ergonomic wraps connected to a control unit—that delivers optimal amounts of pressure and cold to speed up recovery (Spinoff 2004). Professional athletes, therapy centers, and athletic trainers around the world now use the technology.

While Elkins used the NASA-derived liquid cooling garment to help heal injuries, Wasowski utilized the concept of cooling the body and combined it with another innovation that helps people perform anaerobic exercise. 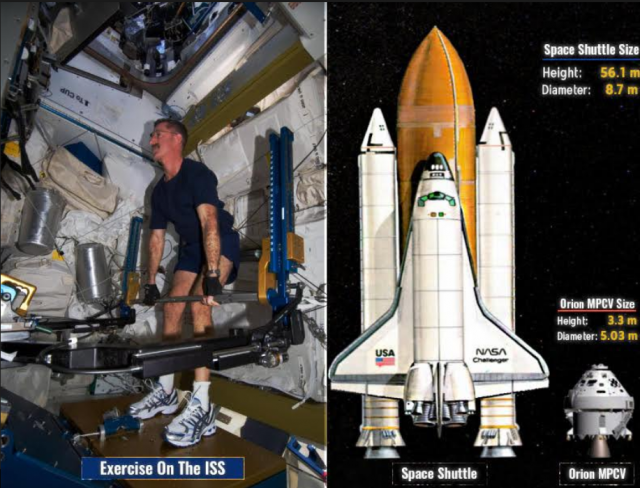