Ernie and Phranq are still talking - we will load the full mp4 aftershow file after they are finished... 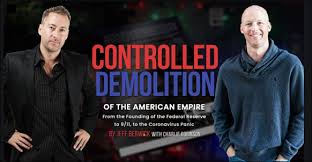 Charlie is the author of The Octopus of Global Control, as well as The Controlled Demolition of the American Empire with co-author Jeff Berwick. 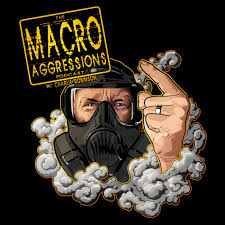 He is the host of the "Macroaggressions" podcast on Apple, I Heart Radio, Spotify, YouTube, Rokfin, and Ickonic.com, and one of the four co-hosts of "The Union of the Unwanted" group roundtable podcast.

The show contains interviews with people that see the world from a different perspective than the traditional Left-Right political paradigm, and it challenges established belief systems by showing that most of what we see on our televisions are carefully created lies to hide what is actually happening. https://www.youtube.com/channel/UCn3GlVLKZtTkhLJkiuG7a-Q,

The Octopus of Global Control is a controversial, nonfiction book detailing how those in positions of power are able to manipulate society for their benefit, why they believe that they are entitled to impose their warped world view of reality on mankind, and how we can break free from their grip. The eight tentacles of control that are wrapped around humanity are the Military, Governmental, Covert, Physical, Financial, Media, Spiritual, and Scientific. The book tackles topics such as uncovering the Deep State, false flag terror events, the media's role in manufacturing wars, the 9/11 deception, the fraud of central banking, our broken education system, the use of religion to shape society, and the corrupted medical industry. The Octopus of Global Control footnotes these important events by featuring quotes and first-hand observations from over 500 witnesses and participants that were involved in the most important events in our history. Their words add context and help to paint the picture of these historic events by explaining who these people were, what they said, why it matters, and what actually happened. The author, Charlie Robinson, accomplishes the seemingly impossible task of blending the seriousness of these topics, and the respect they deserve, with dark humor, sarcasm and wit, that allow the reader to laugh at the preposterous while grasping the importance of these lessons. Available on Amazon Now

ABOUT The Controlled Demolition of the American Empire Co-Authored with Jeff Berwick (Book – Released October 27, 2020):

The American Empire is finished and will soon become another cautionary tale, tossed upon the trash heap of history, and destroyed by the very same societal issues that plagued the many former empires that share similar fates. It did not have to end this way, but when the most devious and ruthless members of a society are tasked with running the system, the outcome can hardly be in dispute. All empires fall, but it is the reason they eventually come apart that is surprisingly similar. The fate of America will not be any different. Like a 47-story steel and concrete building that is covertly slated for demolition, the American Empire was built on a rotten foundation and has been targeted for destruction. The core of the building has been pre-weakened over the decades through government policies, had its support columns identified and rigged with financial detonators, watched society be transformed into a culture incapable of recognizing their impending doom to sound the alarm, and as the plunger is pushed down and the destruction begins, many people will have no idea of what is coming their way until it is too late. Once the debris is cleared away there is hope that a new civilization can be built, but will they make the same mistakes, or can they learn from the past and chart a different course? Available on Amazon Now

Founder/President of the Future of Freedom Foundation

Jacob G. Hornberger is founder and president of The Future of Freedom Foundation. He was born and raised in Laredo, Texas, and received his B.A. in economics from Virginia Military Institute and his law degree from the University of Texas. He was a trial attorney for twelve years in Texas. He also was an adjunct professor at the University of Dallas, where he taught law and economics. In 1987, Mr. Hornberger left the practice of law to become director of programs at the Foundation for Economic Education. He has advanced freedom and free markets on talk-radio stations all across the country as well as on Fox News' Neil Cavuto and Greta van Susteren shows and he appeared as a regular commentator on Judge Andrew Napolitano's show Freedom Watch. View these interviews at LewRockwell.com and from Full Context. Send him email. https://www.fff.org/