Hour 1 - Oana (from Romania) lived thru Communism and can draw parallels to U.S. Also, was vaccine injured when took vaccines in U.S. (MMR)

Oana was born in Romania, which at the time was a communist country, and moved to the United States 18 years ago. She was 11 years old when the Revolution happened, and Romania became a democracy, but can remember clearly the communist years.

Also, has a few vaccines when she was little (Romanian vaccines) with no issues or side effects. After coming to the United States, she had to get vaccines here (American made, of course), and she has had issues ever since

G. Edward Griffin is a writer and documentary film producer with many successful titles to his credit. Listed in Who's Who in America, he is well known because of his talent for researching difficult topics and presenting them in clear terms that all can understand. He has dealt with such diverse subjects as archaeology and ancient Earth history, the Federal Reserve System and international banking, terrorism, internal subversion, the history of taxation, U.S. foreign policy, the science and politics of cancer therapy, the Supreme Court, and the United Nations. Webpages:

RED PILL EXPO Because you know something is wrong. Helping truth seekers understand how the world really works.

David Martin, PhD, Developer of advanced computer systems, advisor to industry & governments:
When Bravery is not Enough – The Economics of Tyranny.

Bradford Weeks, MD, Founder of Alternative Health Advocates and the Corrective Health Institute: Why are Public Health Policies not Based on Actual Science?

David Sumrall, Founder of StopHate.com, advocate and organizer of citizen journalism: Proof that the Insurection at the US Capitol on January 6 was Fake

Andrew Kaufman, MD, one of the most popular and Internet-banned truth-tellers, strikes at the heart of the greatest medical hoax of all time: Virus? Virus? WHAT Virus?

Shiva Ayyadurai, PhD, is an MIT Scientist, a critic of the official COVID narrative, and a crusader for reform:
Would you Like to Know who is Stealing Your Share of the Pie?

Del Bigtree, vaccine-safety advocate, producer of the movie Vaxxed, and host of TheHighwire.com:
The Great Culling has begun.
So has the Great Awakening.

John B. Wells, host of the talk-radio show, Caravan to Midnight, will be Master of Ceremonies. You will be spellbound by his nowledge of how the world really works.

Richard Gage, Founder of Architects & Engineers for 9/11 Truth, an expert on the collapse of the Twin Towers and Building 7: 9/11 New Evidence – Final Verdict

Mikki Willis, producer of the world-famous Plandemic video series, Director of the Red Pill Film Festival.
Topic to be announced.

Peymon Mottahedeh, financial planner, tax consultant, and Founder of Freedom Law School. The Reality of the Income Tax may Surprise and Please you

Why Fight City Hall When you can BE City Hall?
Details to be announced soon.

No, this is not a speaker. It's another truth seeker hoping to deprogram himself at the Red Pill Expo so he can be free of the dehumanizing control of the Matrix.

Perhaps it's time to pack up the car and take an old fashioned cross-country trip – just like the good old days. See America from the ground for a change. Drive through the mountains and prairies. Visit the beaches and historic places. If not now, when?

If you don't have a bi-plane or blimp, don't worry. Rent a car at the airport to get to your hotel and to do some serious sightseeing. From air or ground, S. Dakota beckons.

* Exclusive message for this conference delivered by video. 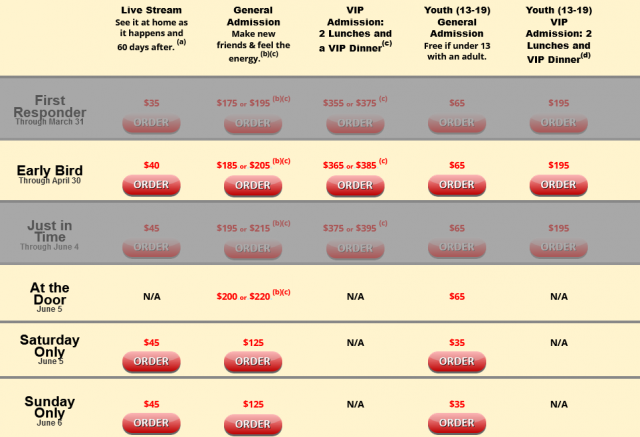 A Specter is haunting the world ...

2.  Anarchy USA: In The Name Of Civil Rights / G.Edward Griffin

This amazing documentary was forgotten for many years. Although it was produced in 1965 at the height of the civil-rights movement, it is far from being out of date.