2 -  Dr Judy Mikovits provides an update on viral RNA found in every organ of the body; spike proteins

Kingsley Edwards entered the blockchain industry in 2013 by founding Leet, an esports bitcoin platform, which was later acquired in 2017. He is now focused on connecting people and payments with encryption and cryptocurrency technologies as the Founder and CEO of Flote.

Flote Beta will soon be sunset… And Flote v 1.0 is on the horizon as early as July!

Flote v1.0 to Embark on its Maiden Voyage

With 2 years and hundreds of thousands of social posts in our wake, we are ready to drop 'beta' and launch our v1.0.

Flote is building a free, open and user-friendly social network where users effortlessly interact with censorship-resistant tools like cryptocurrency and blockchain that connect with both online and real-world applications. 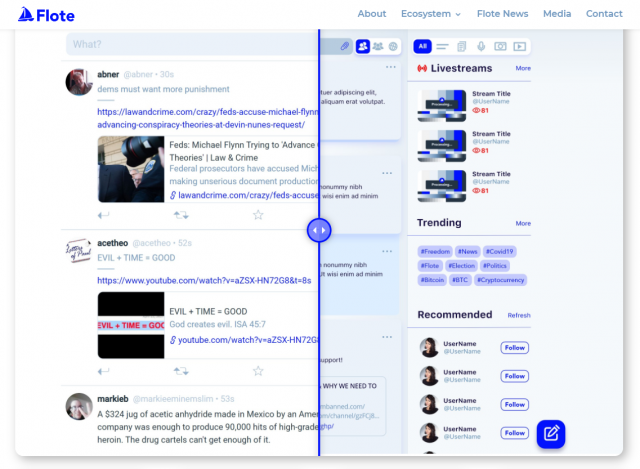 Your voice matters. So does your privacy. Flote protects your right to freedom of speech with message encryption. You decide who sees what, whether it's for profit, politics, pet videos, or philosophy.

We're rebuilding the entire system from the ground up, with the exception of the PostgreSQL database. The Old Ruby code will be sunset, and we're migrating to gRPC messaging systems within the Node JS streaming data ecosystem which will fundamentally change the experience of the platform from a cached, refresh-heavy interface to a dynamic, "streaming API" experience. Couple that with a complete server-stack-rearchitecting into a privacy-centric provider, video & live stream improvements, and security and messaging improvements with Websockets & web-workers, we're looking at a solid, safe, & secure developer-friendly platform that will be ready for the future of crypto/token integrations, animated user-friendly interactions, and high-fidelity data displays and metrics for the freedom community.

Set sail with Flote — a new and improved social network that protects your freedom of speech.

Connect with your crew today on Flote.app

PODCAST 2 -  Dr Judy Mikovits provides an update on viral RNA found in every organ of the body; spike proteins

1. "Global Time Bomb" First case of postmortem study of patient vaccinated against SARS-CoV-2; "viral RNA found in every organ of the body" 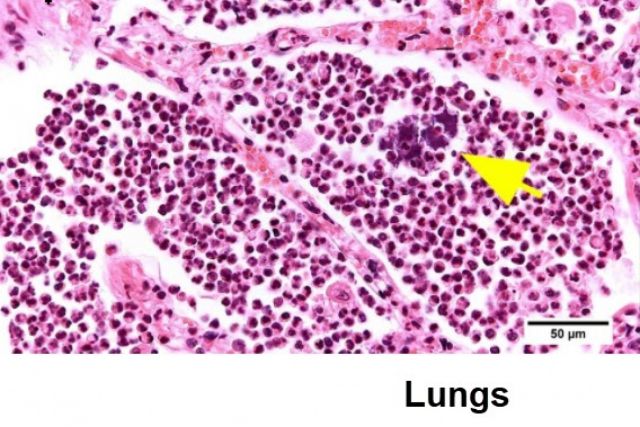 The first-ever autopsy of a person vaccinated against COVID-19, who tested negative 18 days later upon hospital admission but then tested positive at 24 days after the VAX, has revealed viral RNA was found in almost every organ of the body.  The vaccine, while triggering an immune response, DID NOT STOP the virus from entering every organ in the body.

The viral RNA was found in virtually every organ in the body, which means the spike proteins as well.

There are antibodies (like the "vaccine" is supposed to create) but they're irrelevant because, based on a study from Japan, we now know that the spike S1 protein is what does the damage.

We spoke to one Infectious Disease specialist from a hospital in New Jersey this morning.  We sent the actual autopsy findings to him and asked for his thoughts.

When he called back a while later, he was clearly shaken-up.   He told us "You cannot quote me by name, I will get fired by the hospital if you do."   We agreed to conceal his identity.

He then told us:

"People think that only a MINORITY of people get adverse effects from the vaccine.

Based on this new research, it means that everyone - EVENTUALLY -will have adverse effects, because those spike proteins will be binding to ACE2 receptors everywhere in the body.

Worse, the viral RNA being found in every organ despite a vaccine, indicates either:

This is a GLOBAL TIMEBOMB."

According to the published postmortem report, the vaccinated man was 86 years old and tested NEGATIVE for COVID-19 when first admitted to the hospital with severe gastro-intestinal trouble and difficulty breathing. Here is what the reports describes:

We report on an 86-year-old male resident of a retirement home who received vaccine against SARS-CoV-2. Past medical history included systemic arterial hypertension, chronic venous insufficiency, dementia and prostate carcinoma. On January 9, 2021, the man received lipid nanoparticle-formulated, nucleoside-modified RNA vaccine BNT162b2 in a 30 μg dose. On that day and in the following 2 weeks, he presented with no clinical symptoms (Table 1). On day 18, he was admitted to hospital for worsening diarrhea. Since he did not present with any clinical signs of COVID-19, isolation in a specific setting did not occur. Laboratory testing revealed hypochromic anemia and increased creatinine serum levels. Antigen test and polymerase chain reaction (PCR) for SARS-CoV-2 were negative.

The report of the postmortem makes clear tests showed "no morphological changes associated with COVID" in his organs.

"Morphological" means structural.  COVID infection is now known to cause very specific structural changes to the places it infects.  THOSE CHANGES HAD NOT APPEARED in the vaccinated man before he died.

So the damage to the organs of the now dead vaccine recipient, took place BEFORE he was infected with COVID by the other hospital room patient.

Worse, once the vaccinated man actually got COVID, it spread so fast within his body, he apparently never stood a chance.  Here are tissue images: 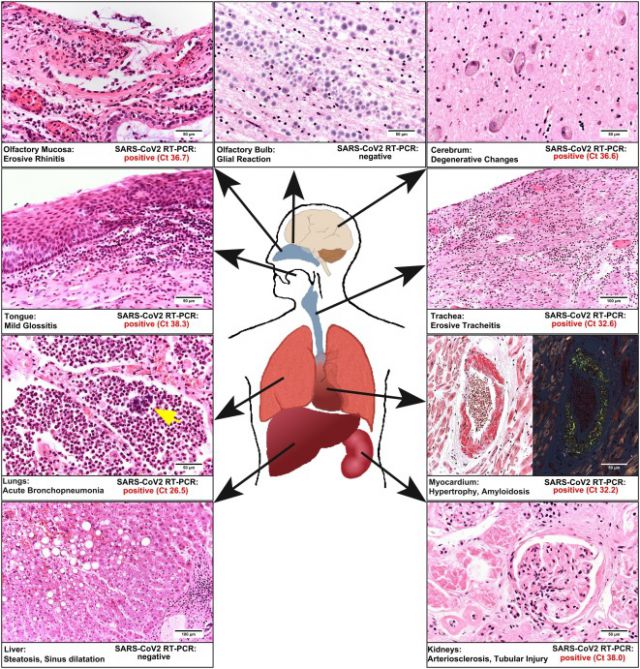 The full postmortem report is published at ScienceDirect.com (HERE)

I am not a Doctor or a Scientist so I cannot offer a competent medical analysis, but as a layman, from where I sit, this doesn't look so good.

The Postmortem report says clearly " These results indicate that the patient had already developed relevant immunogenicity through vaccination" yet he got infected by another patient at day 24 (after vax) upon being admitted to the hospital, and died 4 days later.

If one reads the entire article, the whole story is: Patient was given the vaccine, it got him hospitalized with ulcerative colitis due to blood clots, during his hospitalization he got infected by an asymptomatic hospital room mate, and died 4 days later.

My conclusion: the jab drove this elderly man to his end.

I might be wrong, but this is what I see from the postmortem report.

I have **not** taken the vax and I do not intend to take it.

Throughout this entire COVID debacle, the one constant is that the disease has a 99.8% SURVIVAL rate.   To me, it's not a pandemic.  To me it's not even worth getting a vaccine; I think my immune system will handle it just fine.

Given all the adverse reactions to the vax, I now firmly conclude that getting the vax is a far more dangerous thing than getting the actual illness.

Faith is not "belief without proof"  it is "trust without reservation."  I trust God.

This couple's step-son, age 32, died from a heart attack 12 hours after getting the Johnson & Johnson Vaccine.  Coroner refuses to release reports; calls cause of death "inconclusive."   A lot of these deaths are simply being covered up.   Here's the family to tell you: